When people bring up The Yardbirds, the conversation usually heads straight to the lead guitarists. Considering Eric Clapton made his name in the band prior to Jeff Beck and Jimmy Page succeeding him, that makes perfect sense.

But you could also see The Yardbirds as a band of missed opportunities. If Beck had stuck with the group long enough to get a full album with Page also on lead guitar, there’s no telling what the results might have been.

As it stands, you can count the Yardbirds studio recordings with Page on Beck on a few fingers. In addition to the rocking “Stroll On” that the band played in Michelangelo Antonioni’s Blow-Up, Page and Beck’s other big moment together came on “Happening Ten Years Time Ago.”

Released in late ’66, Beck had already started moving on by the time the single began to chart (modestly) on both sides of the Atlantic. But “Happening” stands as a landmark recording for several reasons. 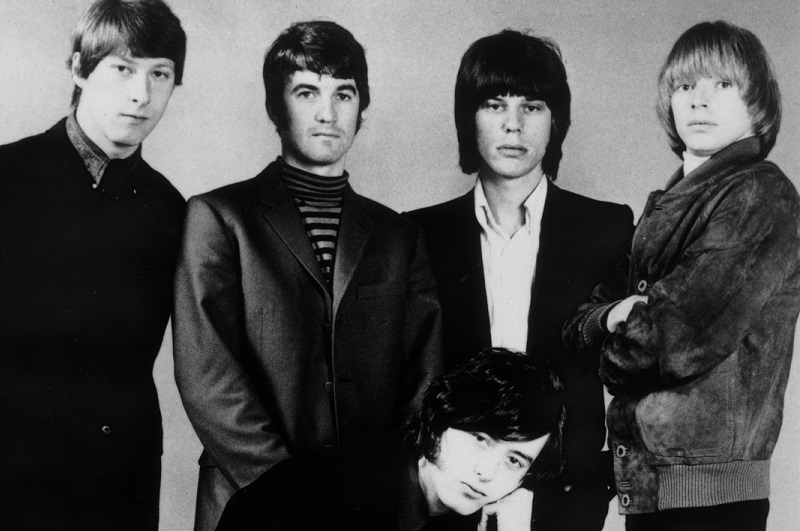 Things were happening fast for The Yardbirds when Page came aboard to play bass in the band in the summer of ’66. Deciding to have Page play bass until rhythm guitarist Chris Dreja could learn the instrument, the band started playing gigs and soon after embarked on a U.S. package tour.

Fed up with the low pay and grueling traveling conditions on the tour, Beck walked out on the band. Though that left The Yardbirds with another brilliant lead guitarist (the third in an incredible series), Beck had initially wanted to see what he and Page could do together on lead.

Other than the fireworks of “Stroll On,” the only time it really happened came on “Happening Ten Years Time Ago.” At the time of its recording, the sound effects and gnarly guitar work of Beck and Page represented a breakthrough in psychedelic rock.

Yardbirds drummer Jim McCarty considered the track “years ahead of its time, or certainly ahead of what people understood at the time.” However, for all the potential it showed, the innovative single turned out to be the end of an era for the band. 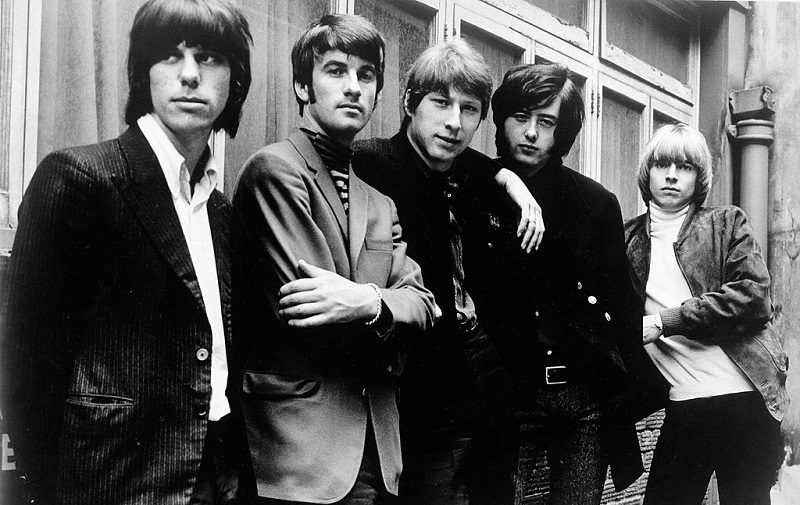 Page’s arrival came following the hasty departure of Paul Samwell-Smith, so clearly all was not well with The Yardbirds circa 1966. Once Beck stuck his foot out the door, it became clear the band was about to go into a terminal phase.

So when “Happening Ten Years Time Ago” didn’t make much noise on the charts — it was a flop with its No. 43 peak in the UK — the short and sweet era of Page and Beck on dueling lead guitars soon ended. (Beck left to start his own band with Rod Stewart.)

After a misguided set of recording sessions with hit-maker Mickie Most, Page watched as the rest of The Yardbirds made their exit from the band. Looking back, he and Beck could have made plenty of magic together, but the circumstances simply weren’t in place.

Fans who got to see the Beck-Page lineup live during its brief run in ’66 probably saw the best of them. As far as studio recordings go, “Happening Ten Years Time Ago” stands as the peak. As the band members themselves put, it was “a head f*ck of a song” — but in the best way possible.

Also see: Why Eric Clapton and Jimmy Page Had a Falling-Out in the 1960s