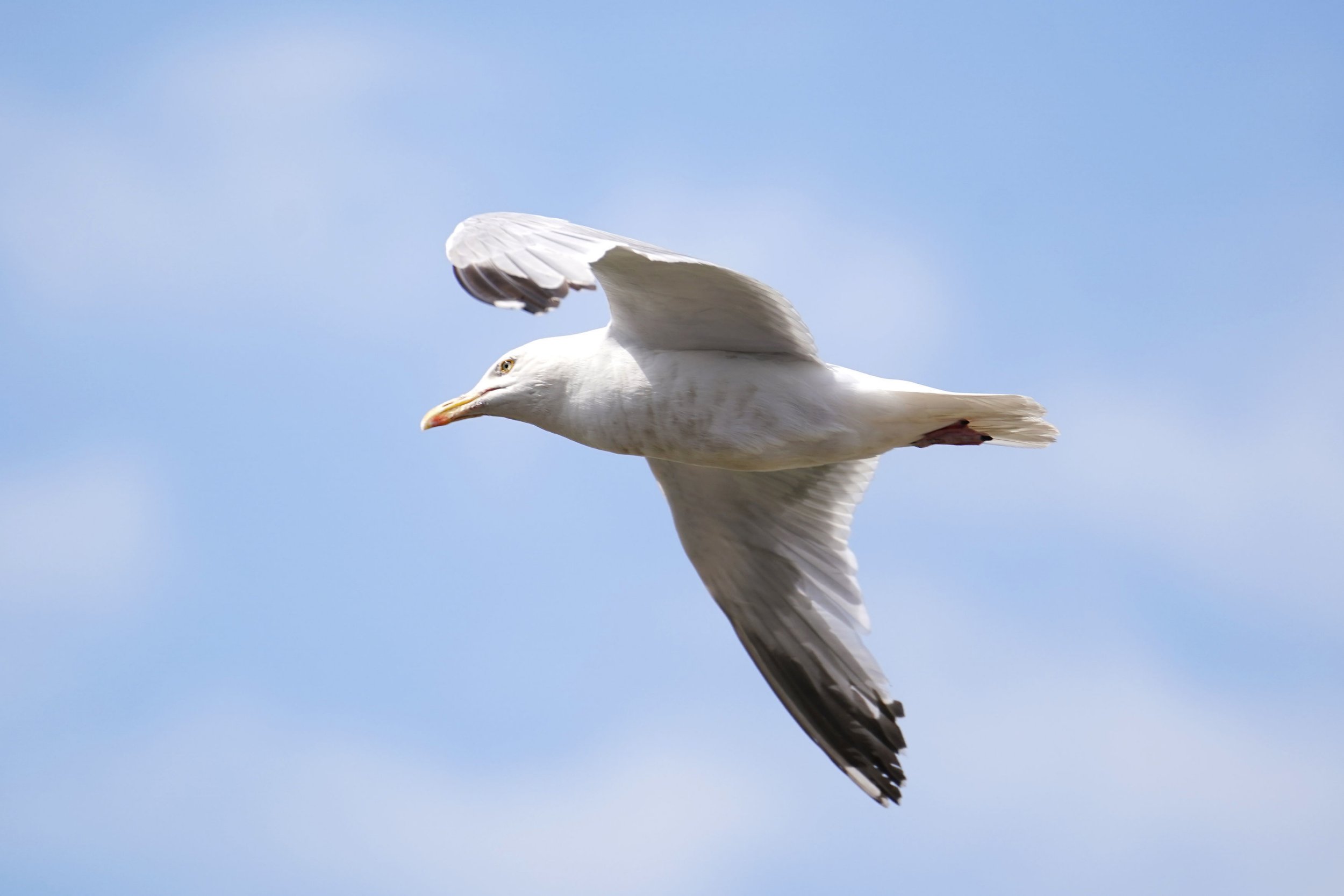 Seagulls can swoop to steal our chips by changing the shape of their wings, a study has found.

The greedy birds react to changes in wind currents by adjusting wrist and elbow joints, and morphing their wings.

The discovery could lead to more efficient aircraft – from drones to passenger jets, say the US researchers.

‘So what exactly about their flight is most useful to implement in future aircraft?’

The birds are renowned for stealing food. They are even capable of snatching ice cream out of unsuspecting tourists’ hands.

Dr Harvey and colleagues used 3D printed models of gulls and gull wings in a wind tunnel in a lab at the University of Michigan.

Computer simulations of inertial forces showed how the creatures achieve stability while falling or rising through the air.

They react to perturbations in their long axis by adjusting wrist and elbow joints – and morphing the shape of the wings.

The US team was able to predict how rapidly they can recover from any deviation – usually caused by wind. like a gust.

It also shed fresh light on their ‘controllable range’ – and applying the dynamics to modern day aircraft.

Dr Harvey said: ‘The flight qualities analysis asks: if you built an aircraft exactly like a gull, would a human be able to fly it?’

As uncrewed aerial vehicles, or drones, become more widely used, they need to be able to navigate complex urban environments – something birds do very well.

Aircraft are typically designed to be stable or unstable.

The latter applies to highly manoeuvrable machines. The former return to steady flight when pushed up by a wind gust – benefitting an airliner but not a jet fighter.

Dr Harvey showed almost all species were capable of both – and use wing movements to shift between each mode.

At UC Davis she hopes to collaborate with other campus researchers including the California Raptor Center and researchers working on insect flight at the College of Biological Sciences.

She said: ‘There are so many open questions about bird flight. I’m looking forward to seeing what else is out there to discover.’

Leonardo da Vinci observed our feathered friends in the hills outside Florence where he lived. His 1505 Codex on the Flight of Birds is held at the Royal Library of Turin.

It begins with an examination of their flight behaviour – and proposes mechanisms for flight by machines.

Dr Harvey’s latest findings have been published in the Proceedings of the National Academy of Sciences.