If we imagine the history of the Archibald Prize for portraiture as one big competition featuring every winner from 1921 to the present, which painting would emerge on top?

It may sound tantalising but as with most of the competitions I’ve seen, it’s quite easy to pick. For sheer painterly bravura, for a unique blend of stateliness and modernity, and a subject who was widely loved and admired, it has to be William Dobell’s Margaret Olley of 1948.

While she appears in the guise of a grand dame, we know Olley was really a bohemian in fancy dress. Dobell had his tongue in his cheek when he conceived this portrait, but his affection for the sitter is undeniable. As for Olley, rarely did she ever seem so aloof, as if her chair was her throne. She has the bearing of one of Gainsborough’s great ladies but it’s all a modernist masquerade. The dress was made from ex-war supply parachute silk, with sleeves taken from an antique wedding dress supplied by a friend’s mother. The hat was an old one hastily decorated with flowers. Dobell had seen Olley in the “Duchess” dress at a party but when she sat for him, she was wearing her normal clothes. The finished portrait, which she declared “magnificent”, came as a big surprise. 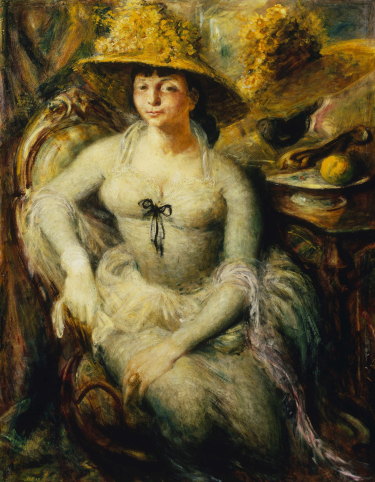 Looking at Margaret Olley alongside more than 90 other winners, the painting stands out for its flamboyance and genuine warmth. Olley may not have a title but she is one of nature’s aristocrats. By contrast, so many pictures of “distinguished” men and women are cold, dry and distant, even allowing for the occasional display of technical brilliance. It’s a painting that makes use of the entire canvas, with everything in the background converging on the sitter as if by magnetic attraction. There’s a dynamism in Dobell’s composition quite at odds with the dreary envelope of empty space in which most Archibald winners seem to float.

Too many paintings project either a near-photographic stiffness or – in later years – a self-conscious wackiness, but Margaret Olley avoids both these pitfalls. It deserves its reputation as a classic of 20th century Australian art. 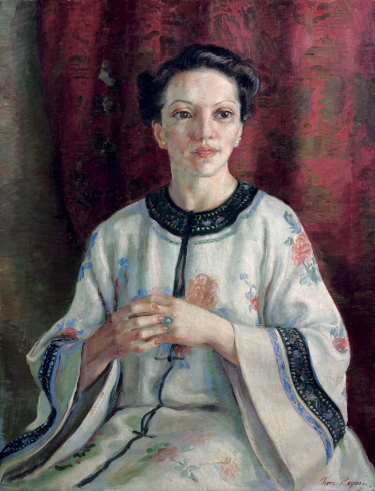 I might also single out Dobell’s controversial Portrait of an Artist – the Joshua Smith painting that generated an acrimonious court case in 1943. The work was subsequently damaged by fire and has been extensively restored, but in reproduction it looks like no other Archibald winner. It seems ridiculous that its status as a portrait could ever be challenged but it’s a highly mannered work in which Dobell has taken an obvious pleasure in his sitter’s unusual features and gangling limbs. It is not as magisterial as the Olley. 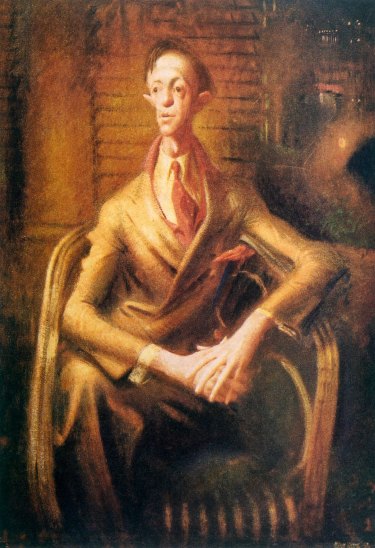 One hesitates to write off those artists who dominated the prize year after year even though it’s now obligatory to sneer at more “conservative” pictures. The first Archibald winner – H. Desbrowe Annear by seven-times recipient W. B. McInnes in 1921 — is a skilfully-painted tonal work with an obvious debt to Velazquez. McInnes’ Miss Collins of 1924 is a superior society portrait full of fascinating details, from the shadow falling across the face to the subject’s expressive hands. 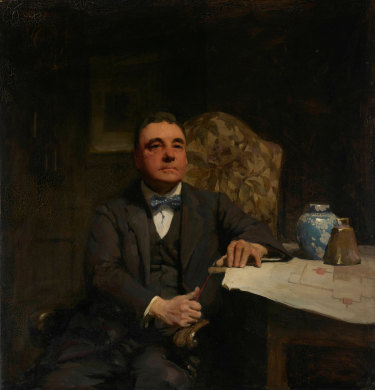 William Dargie, who holds the Archibald record with eight victories, stripped away the brown gravy with his fresh, open-air portrait, Corporal Jim Gordon VC, in 1942. Dargie’s best-known work, and rightly so, is his 1956 portrait of Albert Namatjira, a dignified, unfussy likeness of the pioneering Indigenous artist.

As for five-time winner Ivor Hele, his most appealing picture is Laurie Thomas (1951), a laid-back, crumpled snapshot of a well-known art identity. It’s the antithesis of all those rigid portraits of distinguished gents. Thomas, one realises at a glance, is distinguished primarily as a personality, not through a set of credentials. 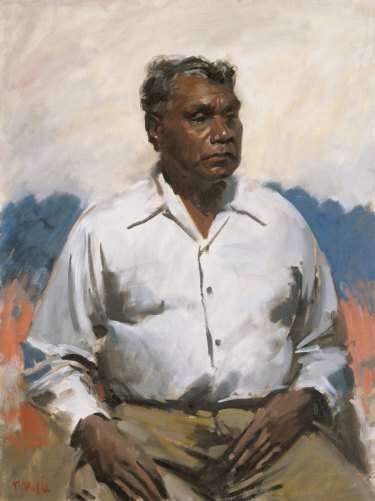 One should note the importance of the “breakthrough” winners, starting with Nora Heysen’s Mme Elink Schuurman in 1938. This was the first time a female artist took out the prize – a victory greeted with a barrage of misogynistic and patronising comments.

The next woman to taste victory would be Davida Allen in 1986, with an expressionistic portrait of her father-in-law wielding a garden hose. It was memorably described to me by one curator as “a pale pink North Queensland ET disappearing into a green slime”. As with Heysen, it took a degree of courage for the trustees to choose such a winner.

But if I were to follow the practice of recent years and name two “highly commendeds” – two runners-up — in this imaginary Archibald of Archibalds competition, I can’t go past Ray Crooke’s George Johnston (1969) and Sam Fullbrook’s Jockey Norman Stephens (1974). 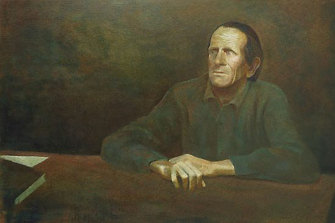 Crooke’s picture of the novelist who wrote My Brother Jack (1964) is one of the loneliest images in Australian art. In the year this portrait won the Archibald, Johnston’s wife, Charmian Clift, had committed suicide, allegedly because of the way she was portrayed in her husband’s forthcoming novel. Johnston himself would die the following year, aged 58.

Crooke has captured his subject at a low ebb, looking depressed and deathly. For once, the bare backdrop works perfectly, emphasising the emptiness of Johnston’s life. It’s an immensely haunting portrayal of a man reduced to a mere shell. 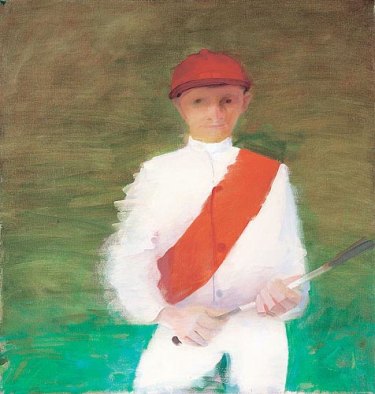 My final gong is reserved for Fullbrook, one of the most idiosyncratic and underrated of Australian artists. Fullbrook was a renowned “character” — a working-class lad made good, who loved the horses and painted with a delicacy of touch that was almost supernatural. With two dots and a few lines, Fullbrook could produce a koala, and with a mere handful of well-aimed smudges, he captured the personality and swagger of jockey Norm “Whopper” Stephens.

The picture is constructed from a great slash of red-on-white, a pair of hands fondling a riding crop, and a muted but puckish expression, but it’s completely hypnotic. Rough as he was, there’s a remarkable feeling of grace about Fullbrook’s work. It’s a rare quality among Archibald winners.

Archie 100: A century of the Archibald Prize and the Archibald, Wynne and Sulman Prizes 2021 will run from June 5 to September 26 at the Art Gallery of NSW.