As the deadly winter blast hit Texas earlier this week, the top official at the state’s power grid said the system was “seconds and minutes” away from leaving residents without power for months.

Electric Reliability Council of Texas received intense criticism for leaving some 4 million customers without power this week. Bill Magness, the president and CEO of the council, told the Texas Tribune on Wednesday that it could have all been much worse.

Magness told the outlet that grid operators acted quickly to cut the amount of power distributed on Monday – and if they had not, Texas could have suffered blackouts that “could have occurred for months” and left the state in an “indeterminately long” crisis.

“It needed to be addressed immediately,” said Magness. “It was seconds and minutes [from possible failure] given the amount of generation that was coming off the system.” 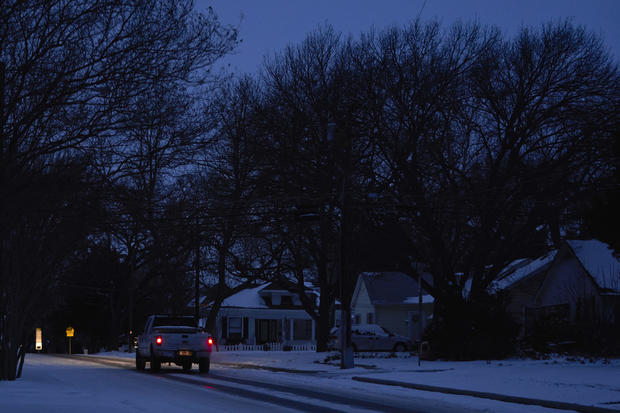 In a Friday news conference, Magness, who said the grid is now operating normally and out of emergency conditions, appeared to defend the decision to implement rolling power outages.

“If we had not taken that action, I’m pretty sure that we wouldn’t be sitting here today talking about ending outages, we’d be talking about when we might estimate weeks or months from now that we’d see the power system repaired.”

Ultimately, Magness explained the rolling outages didn’t work because “amount of demand was so large” and difficult for transmission providers to rotate.

The council previously said they had not winterized the system and admitted their performance was unacceptable. It appeared a lot of the power generation that was offline was due to issues with the natural gas system, grid officials said. According to analysts who spoke with CBS News, much of the blame for the blackouts in Texas was on natural gas facilities, which provide two-thirds of the state’s winter power and heat about 40% of its homes.

Magness said they have legislative and council board meetings set up for next week to address the issues they faced with the storm.

“Texas can’t afford for this to happen again,” Magness said Friday. “And there are a lot of ideas about how to make that different and we want to participate in the process of considering those ideas.”

Approximately 193,000 utility customers were still without power as of Friday, according to poweroutage.us, At least 34 deaths were attributed to the storm across the South, 20 of them in Texas.