Tekashi 6ix9ine ‘starved’ himself to lose 60 pounds in six months

Tekashi 6ix9ine’s estranged father is homeless and upset that the rapper hasn’t helped him out financially.

Daniel Hernandez, who has the same birth name as his famous son, revealed in a video obtained exclusively by Page Six on Friday that he has been living in a homeless shelter for two years despite Tekashi’s successful music career.

“Because I don’t have an apartment, he doesn’t know that I’m in the shelter,” Hernandez, 60, said. “Now he’s going to know I’ve been here for, what, two years already?”

Hernandez claimed that his son, from whom he’s been estranged for more than a decade, hasn’t offered him any money.

“You think he’d come hook me up with something,” he said. “He’s been giving money to other people. … He gives money to everybody. ‘Here, here, here.’”

Hernandez previously made headlines when he showed up at the “Gooba” rapper’s sentencing in December 2019, when Tekashi pleaded guilty to several crimes related to his involvement with the Nine Trey Gangsta Bloods gang. While in court, Hernandez asked multiple times to speak about his son but was denied.

“It’s way too late to show and speak on his behalf. You squandered that right many years ago,” the judge said at the sentencing. 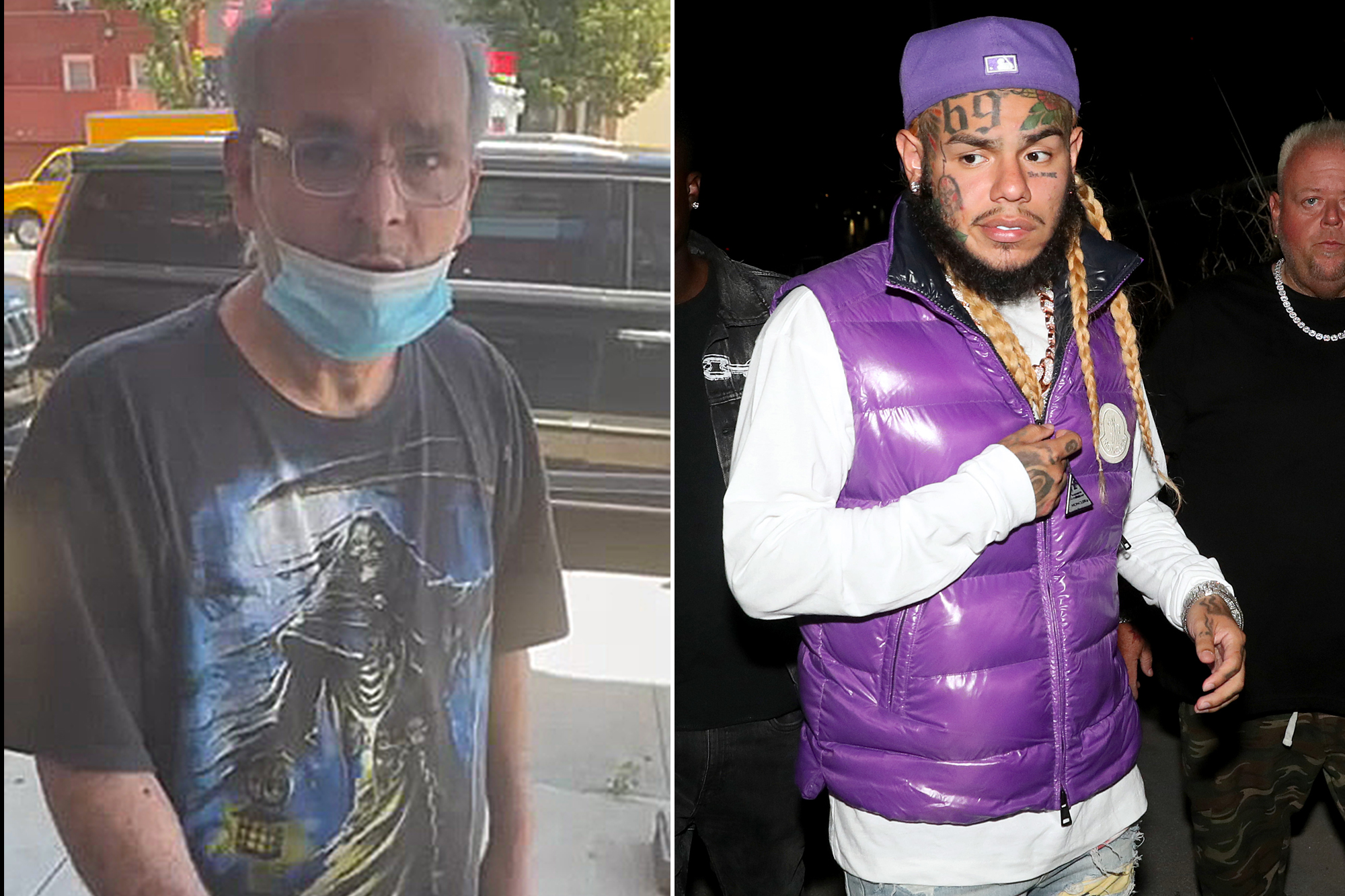 Tekashi himself was incredulous over his father’s attempts at attention.

“I took one glance — I see my biological father. I haven’t seen him since the third grade,” Tekashi, now 25, said, addressing the court before being sentenced. “I don’t even know if this is a f–kin’ joke, everything I go through.”

Tekashi did not meet his dad until he was 9, and their relationship was brief even then. An attorney for the “Gotti” rapper previously said that Tekashi’s mother, Natividad Perez-Hernandez, had kicked Hernandez out of their house after she allegedly caught him shooting up heroin in the bathroom.

Tekashi has returned to dropping music since being released from prison early in April 2020 due to COVID-19.