The International Brotherhood of Teamsters, one of the United States' largest and most powerful unions with 1.4 million members, is planning to launch a coordinated effort to unionize Amazon employees.

Teamsters will introduce a resolution, dubbed "Building Worker Power at Amazon," during the organization's 30th International Convention on Tuesday, which will be voted on by 500 local Teamsters union delegates on Thursday. If approved, the resolution will establish an Amazon-specific division which will aid and fully fund efforts to unionize the e-commerce giant's employees across the country as well as defend existing logistics industry standards.

The move marks a shift in approach after Amazon employees at a warehouse in Bessemer, Alabama, voted overwhelmingly against unionizing in April. 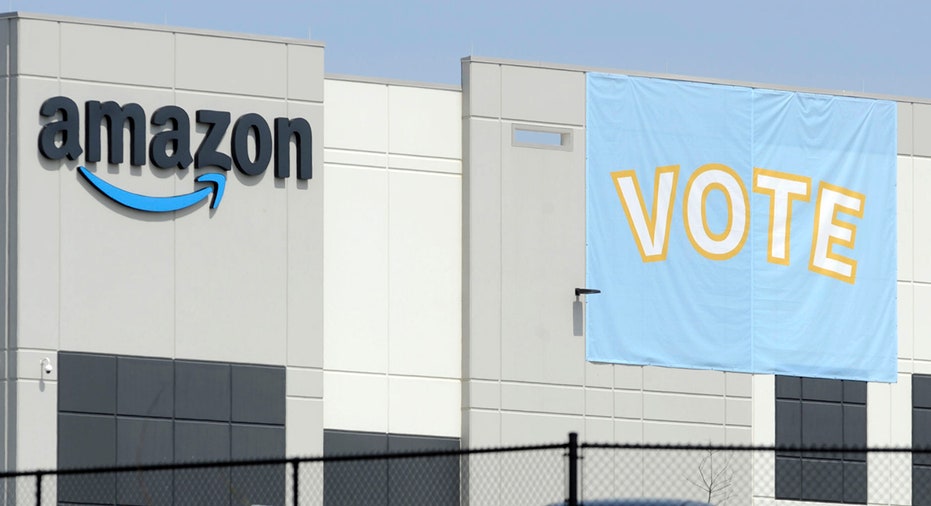 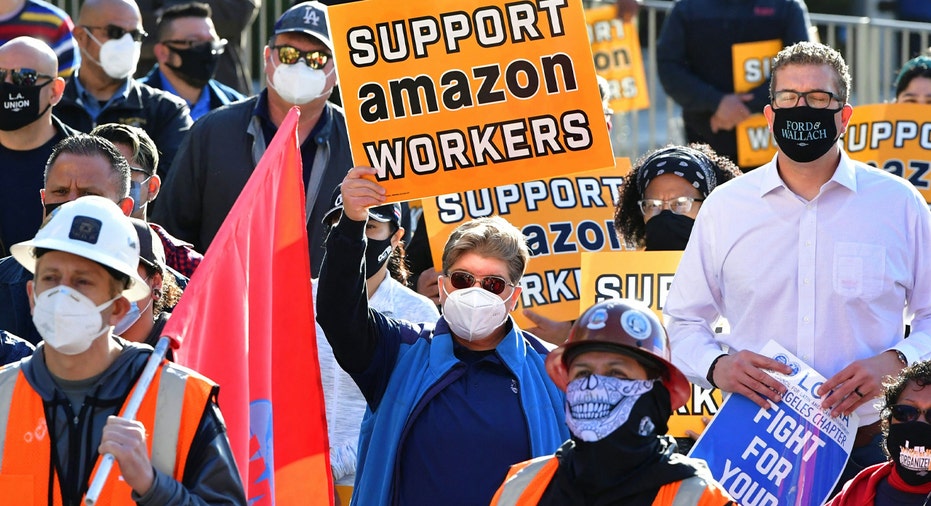 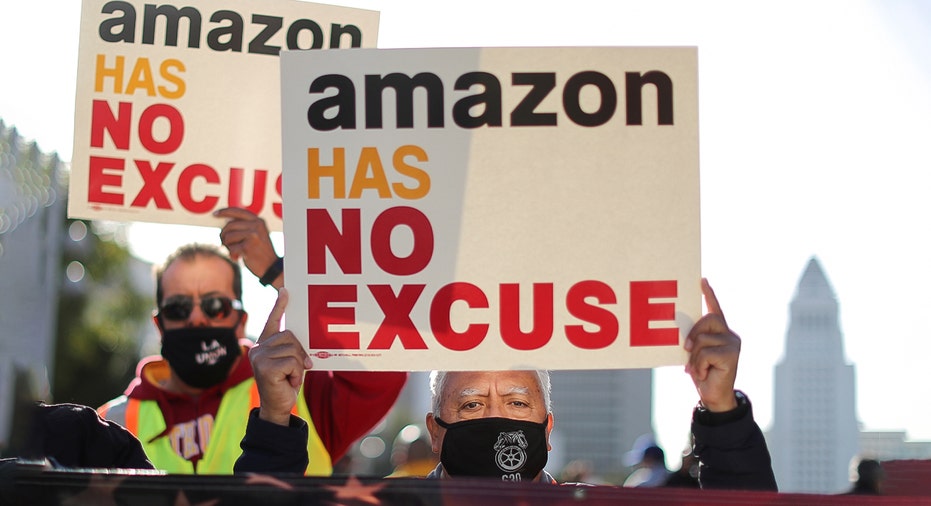 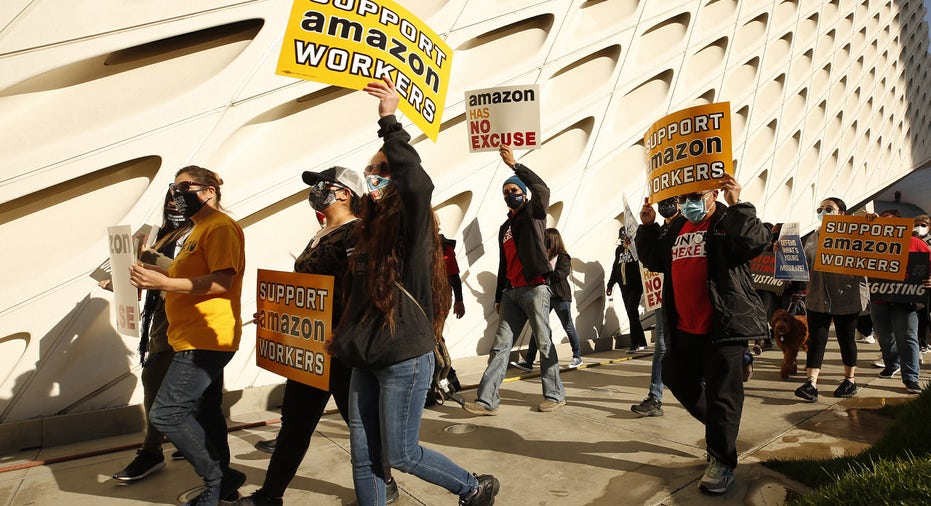 In this Tuesday, March 30, 2021, file photo, a banner encouraging workers to vote in labor balloting is shown at an Amazon warehouse in Bessemer, Ala.  Vote counting in the union push  in Bessemer is expected to start as early as Thursday, April 8, but hundreds of contested ballots could muddy the outcome if it’s a close race.   (AP Photo/Jay Reeves, File)

Following the vote, the Retail, Wholesale and Department Store Union claimed Amazon interfered with the effort and filed an objection contesting the results. The objection is currently under review by the NLRB.

Amazon has denied allegations that it intimidated its employees, adding in a blog post that "employees heard far more anti-Amazon messages from the union, policymakers, and media outlets."

"We welcome the opportunity to sit down and share ideas with any policymaker who wants to pass laws ensuring that all workers in the U.S. are guaranteed at least $15 an hour, health care from day one, and other strong benefits," the company added.

The announcement comes amid Amazon's annual Prime Day event, which is offering Prime members in 20 countries roughly 2 million deals, the largest in the event's seven-year history, across a wide variety of categories including electronics, home and furniture, beauty and wellness, and much more.

The event, which is typically held in July, was pushed back based on a number of factors, including the Olympics and July being a "big vacation month," according to Amazon chief financial officer Brian Olsavsky. Amazon said that last year's Prime Day marked the two biggest days for small and medium businesses across the world, surpassing $3.5 billion in sales.

Amazon did not immediately return FOX Business' request for comment on Tuesday's announcement.