Taylor Dayne was revealed as Popcorn during ‘The Masked Singer’ semi-finals. She spoke EXCLUSIVELY with HL about performing in her fabulous costume and more.

Famous singer Taylor Dayne was unmasked on The Masked Singer as the sassy and fierce Popcorn. HollywoodLife talked EXCLUSIVELY with the “Tell It To My Heart” singer about stepping into the Popcorn costume. Taylor loved every minute of being Popcorn, but the costume had its challenges!

“She was so gorgeous. She was a Met Gala queen,” Taylor, 58, told HollywoodLife. “I love that she was Marie Antoinette, Harlequin, and my little Russian doll all in one. I loved it. It was everything. It was very difficult to move around with the hoops of the box. I had them slimline her waist a little bit more and corset her out, so it could be more flexible and I would have much more movement. Yes, I did wear a little bit more of a platform shoe, but we made it a little bit lower originally because I had to move on stage. There was height to her popcorn head, and I was wearing a cape that was filled with styrofoam popcorn and snapped onto the back. That had a lot of weight to it. I couldn’t flip my head back. And that’s difficult because when you do hit notes you use the back of your neck.” 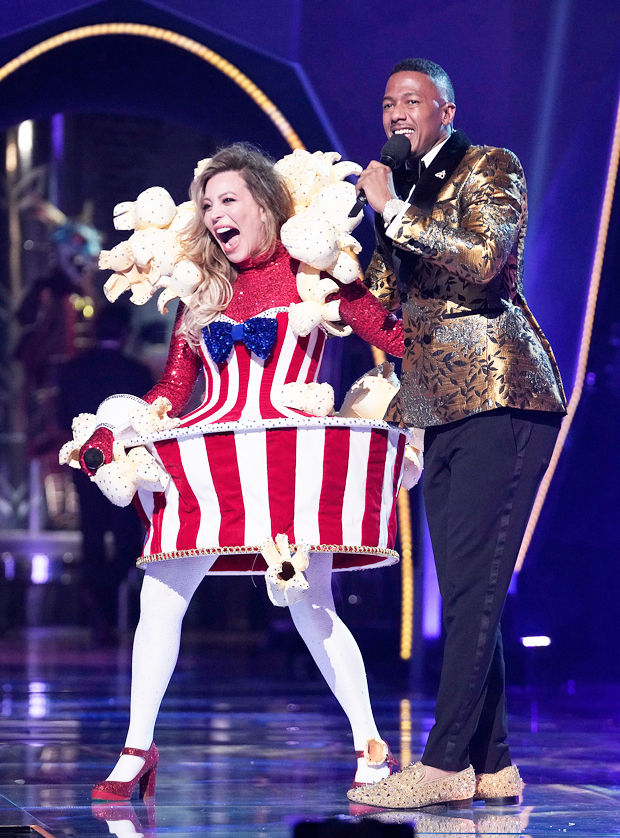 Taylor’s name first came up as the panelists guessed the identity of Night Angel last season. The singer admitted she jumped at the chance to be on The Masked Singer when the offer arose.

“I mean, it’s a pandemic. My entire tour was canceled. I was laying on the beach, and my manager goes, ‘Masked Singer just called. What do you think? They want to know your availability.’ I looked at him, and he looked at me, and we laughed. I was pretty available!” Taylor said. 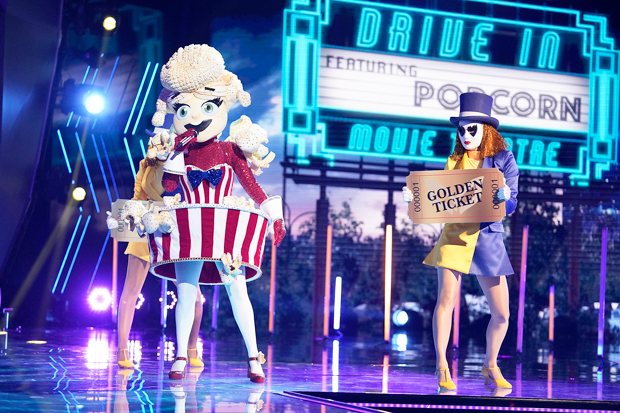 In addition to The Masked Singer, Taylor has also released new music in 2020, including her Christmas single “I’ve Got My Love To Keep Me Warm.” She revealed that she’s now “working on new music for the new year.”

Dec. 27 will mark the debut of The Masked Singer spinoff The Masked Dancer. HollywoodLife asked Taylor whether or not she would consider doing the show. “I’m friends with Paula Abdul and she’s on it. She’s one of the judges. I’m really proud of her. It’s very exciting stuff. I’d love to,” Taylor told HollywoodLife.