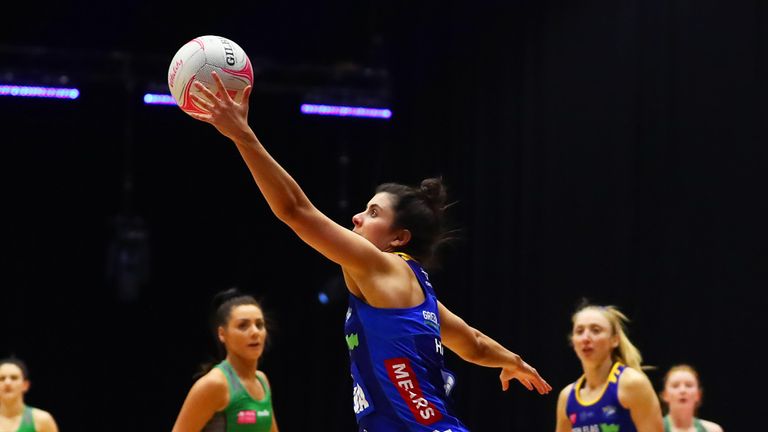 In this week’s column, Tamsin Greenway looks back at an outstanding opening weekend Vitality Netball Superleague, shares her thoughts about Leeds Rhinos Netball’s arrival and takes a closer look at the younger players who stepped up…

How amazing was it to have so much live netball in our lives this weekend!? From Friday night to Monday night, it was incredible to be able to watch every team get onto court and start playing competitive netball again.

I know that the players loved it and with every game available to watch, I could also see the impact on the fans too. There were so many conversations and debates surrounding the matches and the engagement levels were so high.

We all watched the last-gasp thrillers, instead of following on social media feeds, and could understand why players were benched. We all saw the reasons why there was hype around a new youngster and why certain coaching decisions were made – I loved it.

But, as I said last week, this season is crucial for netball in this country and it has the potential to change our sport’s destiny. The sporting world needs to see the demand and desire to watch, stream and consume netball, and it needs to see it not just for one weekend but for an entire season.

So, keep on watching, keep on telling everyone you know about the Vitality Netball Superleague and where they can see it too. Check out any games you missed on YouTube and let’s make sure that the engagement and viewing figures for the weekend aren’t just a one-off.

One of the big talking points from the weekend were Dan Ryan’s Leeds Rhinos and the way they entered the competition. Ahead of round one, no-one really knew what they were going to be like on court and I was really, really impressed by the whole outfit.

They’ve arrived with structure, they had a clear game plan in attack and defence, and what I really liked was that they are already playing for each other.

? In the first half-time of the season, @TamsinGreenway dives into so much detail. Lots to take on board. ?

When you get a new team it can go two ways; either it can be lots of different individuals coming together and it takes quite a while to build the culture, or it clicks from word go, which is what happened when I was at Wasps and what looks like has happened at Rhinos.

Within Rhinos’ squad you have a few players who weren’t necessarily starting individuals at other franchises, coming together, stepping up and really grabbing the opportunity Ryan has given them. For example, players like Brie Grierson and Rhea Dixon have stepped out on a Superleague stage before, but in a Rhinos dress, they were exceptional.

I know that Rhinos lost that second game against Mavericks but it came after so much disruption. If Donnell Wallam, Tuaine Keenan and Fi Toner had not all got injured, I think the result could have gone their way.

As a unit, they’re a physical outfit, you definitely know they are there, but it’s this fight that they’re never going to give up which impressed me. I loved watching their determination and it was great to see a team coming into the league that are worthy of the league.

There were a few question marks as to whether there was enough talent in England to supply another Superleague team, but that question has been answered. With good import selections and smart pick-ups from around the country, this team is a contender.

However, the weekend’s play came at a cost for Rhinos and I do really feel for Ryan because he’s spent all that time getting the team together. To lose one of your starting line-up is a nightmare, but to lose three is ridiculous.

The loss of a starting shooter, especially one of Wallam’s potential, is a big deal. Although I thought that Sienna Rushton did a great job and will continue to improve, Wallam just has that presence and strength that you need in the tough games.

For Rhinos now, we’re waiting to see the extent of the injuries to Keenan and Toner, and the reality will be about whether they’ve now got enough depth to continue on the road that they started on. But, Monday certainly showed that they mean business and that they are going to be a team that become a real pain to play against. 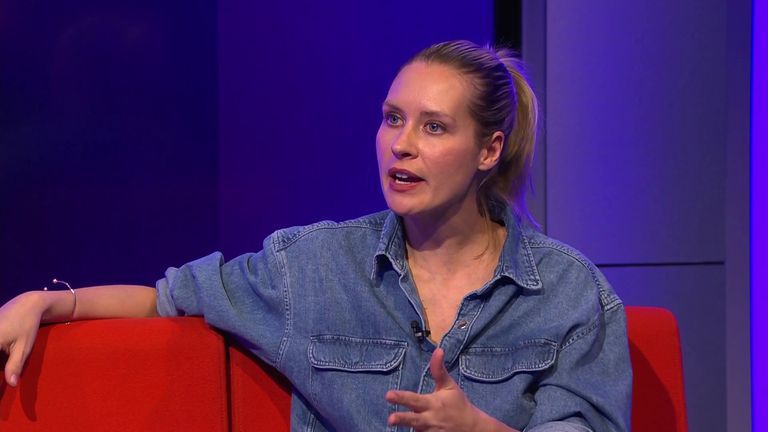 Let’s move onto players making their debuts and it’s only right that we begin with Sophie Kelly! How many more times can we say, I cannot believe that she’s only 16-years-old!?

Of course, you get athletic players at 16 and players who have star quality, but very few are able to step out onto court and play the game. I’ve only ever seen it in a few players before; Geva Mentor, Serena Guthrie and Pamela Cookey as examples.

It was the calm, smart play of Sophie Kelly that impressed me the most. She didn’t just do one thing, she attacked the circle, she distributed ball, she defended through court and she didn’t shy away from it at all.

Good to kick start to season with a W. I’m insanely proud of the strength of character this group showed today, resilience in abundance. A good starting point with lots to improve so let the madness begin! #StormRises

In the last quarter against London Pulse, when it was so, so close, she got in the circle and put her shots up. With someone at that age, to have that kind of ability and confidence, the future looks very bright for her.

She was my standout but there were other players who really caught my eye too. With Thunder, I think that we’re going to see a great deal of their next crop this season.

Lois Pearson, who came into GA, was great, and I knew very little about her. When Eleanor Cardwell went back to GS and she came on, it looked like a really tidy combination, and one that brings the best in Cardwell.

Very honoured to be given the opportunity to wear the red and black dress today ❤️[email protected] https://t.co/2h6xghOvwq

Bella Baylis also impressed me at Mavericks and provided them with something different; they’ve got so much flair with the Corbin sisters and she provides a steady head.

She was really smart with her attacking play and gritty in defence, I thought that she had a very good debut, and I’d like to see her get more court time this year.

Over the past couple of seasons, we’ve seen a lot of young defenders make their mark; Fran Williams, Razia Quashie, Amy Carter, Funmi Fadoju to name a few, so it makes sense that the young attackers will be on the rise this year. Rushton, Pearson, Kelly, Kira Rothwell, Amelia Hall, Baylis… the list goes on.

I guess with the delay of the Netball World Youth Cup, which was supposed to be played last year, we haven’t had as many of these players on the radar as we have in the past. However, this Superleague season will give them perfect platform and hand us, a front row seat to watch the development of the next superstars of our game.

Sky Sports is your home of netball. The Vitality Netball Superleague continues on Sunday with Round Three and four back-to-back matches available to watch on the Sky Sports YouTube channel from 12pm.