Viewers are left ‘creeped out’ by a mother who’s sexually obsessed with her OWN teenage son, 15, in the first episode of Alan Bennett’s new Talking Heads series

A shocking new monologue detailing a mother’s sexual obsession with her teenage son left viewers squirming in their seats after it aired during the first episode of Alan Bennett’s Talking Heads series.

Actress Sarah Lancashire, known for her role in Happy Valley and Last Tango in Halifax, plays ‘an ordinary woman’, Gwen, who’s trying to understand her own lustful infatuation with her 15-year-old son, Michael.

Lancashire’s monologue is one of two new pieces of writing in the reworked BBC version of Bennett’s Talking Heads and the taboo content left many viewers feeling ‘creeped out’ and ‘deeply uncomfortable’. 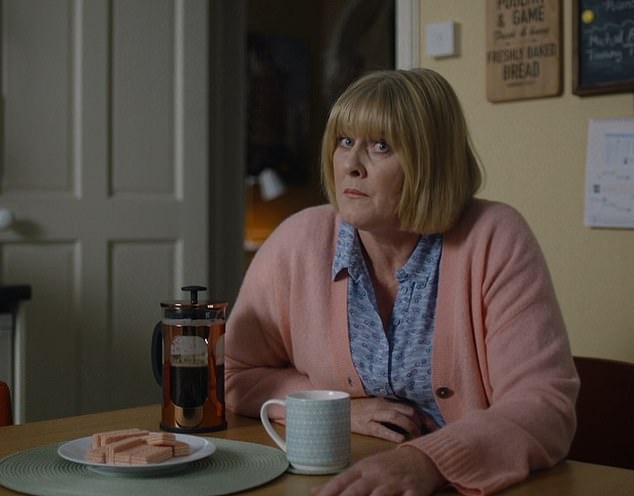 Creepy: British actress Sarah Lancashire plays Gwen in one of two new works by playwright Alan Bennett that features in the Talking Heads series currently airing on BBC One 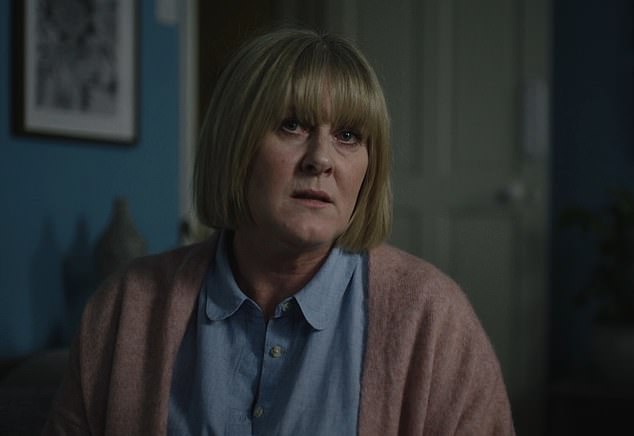 During the 40-minute monologue, Gwen discusses her teenage son’s genitals and admits that she lies down on bed with his clothes ‘on top of her’ 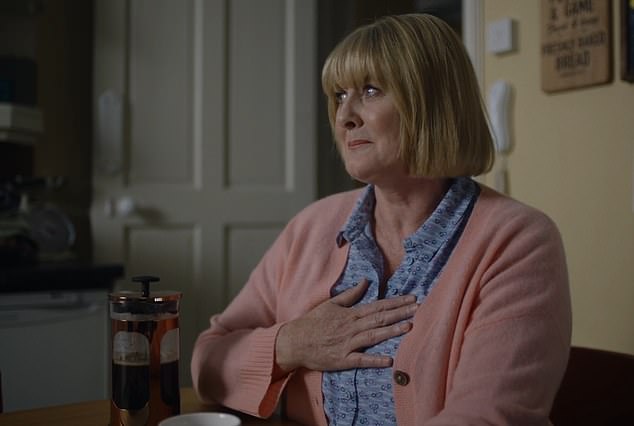 Filmed on the set of EastEnders, the monologue is one of ten that feature in the Talking Head series.

Bennett, 85, is one of the UK’s most famous living playwrights and first aired the Talking Heads series, then a collection of six playlets each written for a single actor, in 1988 to critical acclaim. That was followed ten years later by six more – all starring the best of Britain’s stage talent, such as Maggie Smith and Patricia Routledge.

Lockdown has sparked another series, with the BBC inspired by a need for TV drama that can be filmed within the constraints of social distancing.

Shortly after the show aired on BBC One at 9pm, Twitter was awash with praise for Lancashire’s performance – but many admitted they couldn’t watch it with their teenagers in the room.

@JanetStock12 penned: ‘#TalkingHeads the #sarahlancashire one is making me feel very uncomfortable, I’ve got a 15 year old son! Creepy…’

@holly_frederika wrote: ‘That was SO creepy and now I’m having to reassure myself it’s not real it’s just really bloody good acting,’

@RocktheFrizBarr added: ‘What spellbinding, creepy, emotional, dark television that was.’ 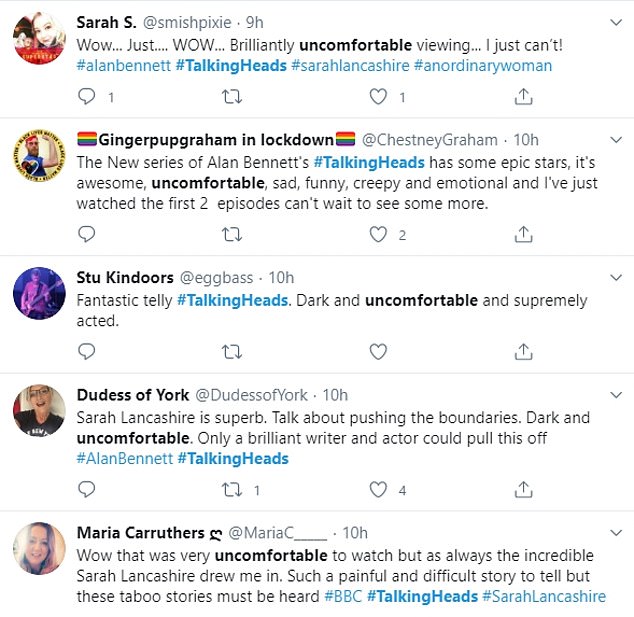 @goshtastic gushed: ‘Bloody NORA that new #TalkingHeads monologue was horrifying and mesmerising and heartbreaking and I can’t remember the last time I was as genuinely shocked by a piece of new writing even though you could see where it was going almost from the outset. I’m so uncomfortable and I love it.’

Filmed while adhering to social distancing during lockdown, the episodes land on the BBC iPlayer today and will air on BBC One in the coming weeks. 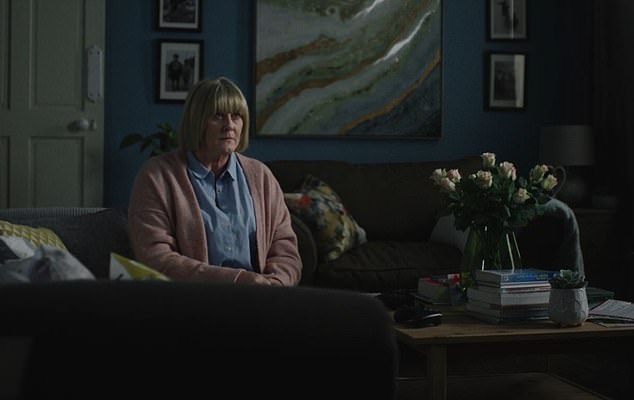 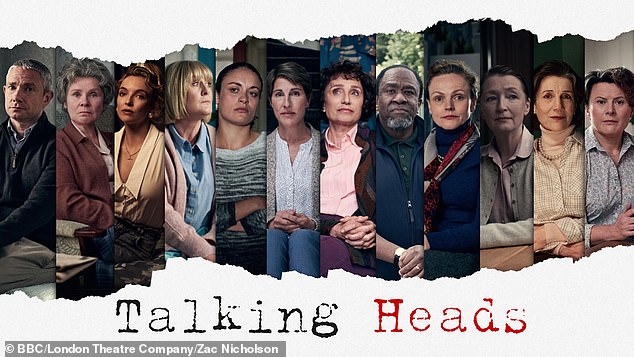 The latest version of Bennett’s long-running series features two new monologues and a re-working of older material. Currently airing on BBC One and the Iplayer, the show features a stellar cast including Imelda Staunton and Jodie Comer

Jodie Comer, who also stars in one of the episodes, says admitted filming Talking Heads in one day during lockdown was the ‘hardest thing she’s ever done’. 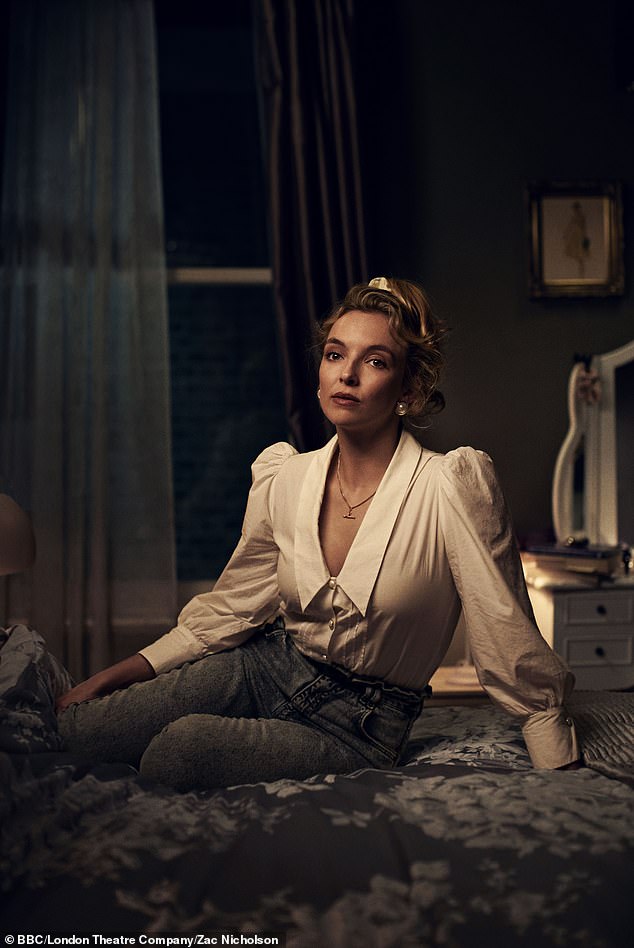 Jodie Comer has admitted filming Talking Heads in one day during lockdown was the ‘hardest thing she’s ever done’. Pictured as aspiring actress Lesley in Her Big Chance

Speaking to British Vogue, Jodie admitted that performing her monologue Her Big Chance – directed by former head of the Donmar Warehouse Josie Rourke and set in the Eighties – was ‘without a doubt, the hardest thing I’ve ever done’.

As well as having to do all her own hair and make-up, Jodie only had three weeks to learn her lines and get performance ready via Skype rehearsals.

‘We shot it in a day and there was only one person on set with me at any given time,’ she told the publication. ‘It was completely silent apart from me talking. All day down the barrel of the lens.’

Jodie added that the main challenge was shooting every scene in a single take.

‘If ever I fluffed a line, I had to take a deep breath and go back to the beginning,’ she explained. 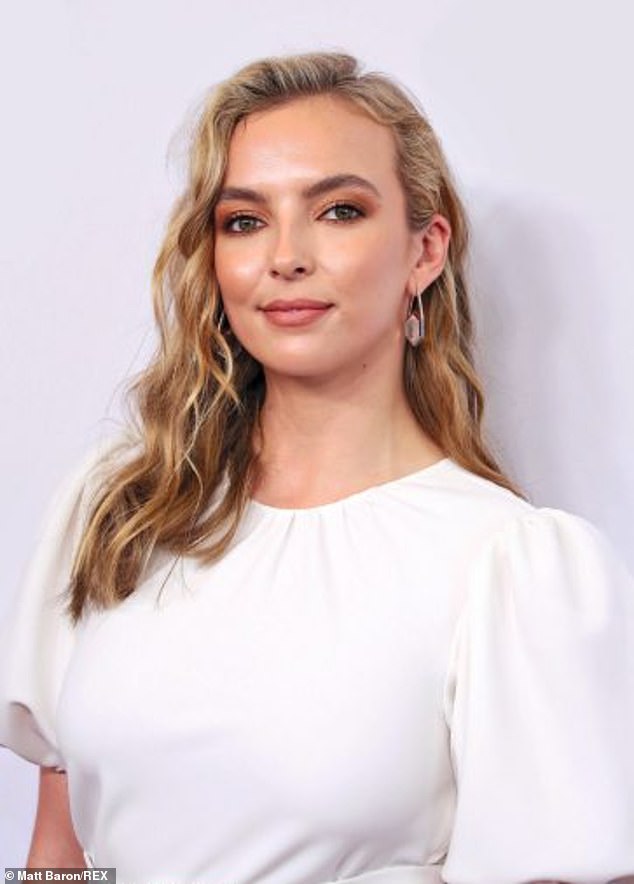 As well as having to do all her own hair and make-up, Jodie, pictured last year at the BAFTA LA TV Tea Party, only had three weeks to learn her lines and get performance ready via Skype rehearsals

Jodie admitted that she would love to do theatre but is ‘terrified’ by the thought of it, which she largely puts down to the fact she never went to drama school.

She added that she’s attended many theatre auditions in the past but was told she wasn’t experienced enough.

‘I wouldn’t say it was malicious, but maybe there was a little bit of a snobbery there,’ she said. ‘And the insecurity with me is that I’m not theatre trained. I’ve always been waiting for the perfect moment.’

Jodie has previously admitted that lockdown came as a welcome break for her to stay at home, after she spent the past months filming at different locations.

She told the Press Association: ‘I’ve actually been able to come home, unpack like seven suitcases because I haven’t been here, and I’ve thrown out so much rubbish. 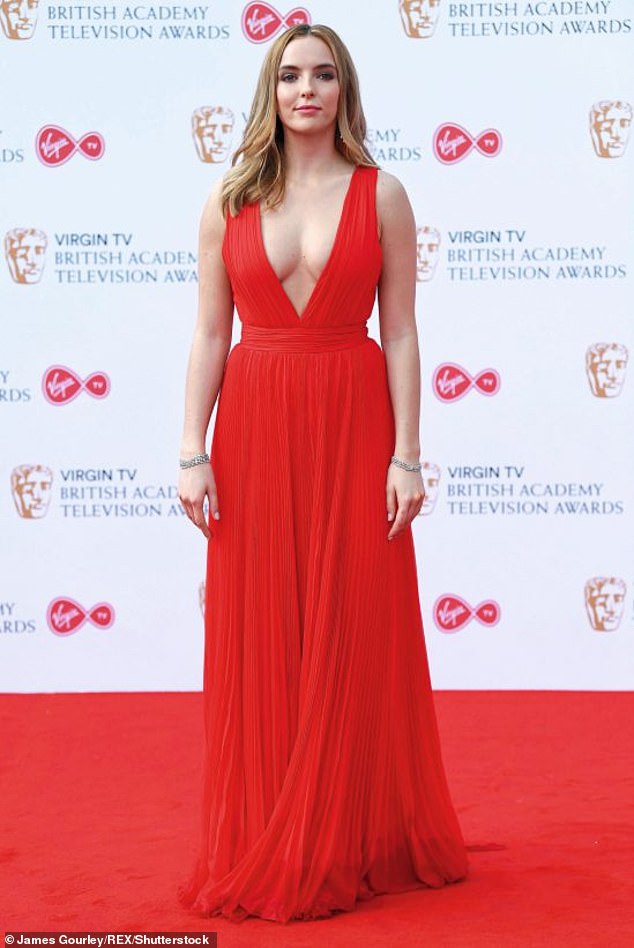 Jodie admitted that she would love to do theatre but is ‘terrified’ by the thought of it, which she largely puts down to the fact she never went to drama school. Pictured at the British Academy Television Awards in 2017

‘And, actually, to have a bit of stillness, and be stationary, I’m actually really kind of… I’m a bit embarrassed to say I’m kind of enjoying it.

‘It’s week one for me, and I’ve got friends who are on week three, and they’re pulling their hair out, so, you can come back and ask me that in a couple of weeks and I’m sure the answer may be very different.’

Despite rumours she is Niall Horan’s new girlfriend, Jodie in fact is happily coupled up, telling British Vogue back in March: ‘I’m very much in it [love]. I think love’s the best. I’d been single for a while and just kind of going with the flow and doing my thing.

‘That’s the thing, isn’t it? When you’re relaxed and letting the universe do what it’s doing, things kind of fall into place. Which is very much what happened.’

The actress has been keeping schtum about her boyfriend’s identity other than to say that he is a man and that their relationship is ‘fairly new’.