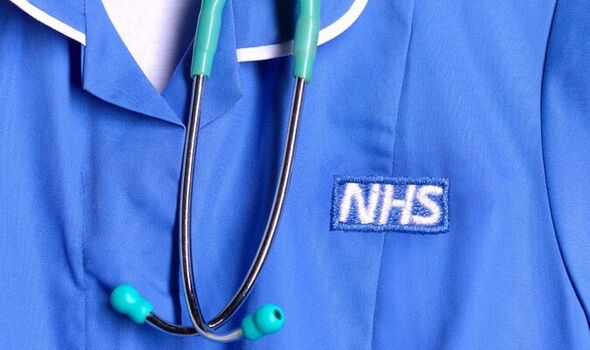 A poll for the Daily Express found 26 per cent of adults thought workforce shortages were the most pressing problem, followed by clearing the treatment backlog (17 per cent), and reducing A&E and ambulance waiting times (15 per cent).

This week the Daily Express will take an in-depth look at each of these areas and hear from health chiefs about how the new PM can support the NHS as it faces what could be the worst winter crisis in living memory.

Matthew Taylor, chief executive of the NHS Confederation, said the public’s concern over staffing showed they “understand the situation we are in better than the politicians who are supposed to represent them”.

The NHS entered the pandemic with more than 100,000 vacancies and shortages have been exacerbated by sickness during Covid waves. Mr Taylor said the system was now “fundamentally overwhelmed because we don’t have the capacity to meet demand”.

He added: “In all parts of the NHS, nobody has experienced a level of demand that we’re experiencing in August. It feels much more akin to the level of pressure you’d expect in a difficult winter, yet it’s the height of summer. The system is under immense pressure because it’s both trying to deal with unprecedented demand and to address the enormous backlog which built up during Covid.”

More than 6.7 million patients were on the waiting list for NHS treatment in June, including 355,000 who had waited over a year. A lack of social care staff is leading to delayed discharges for patients ready to leave hospital.

Patients have been left waiting hours for emergency help, and then for hours longer in the backs of ambulances outside packed A&E departments.

Our survey of 2,224 UK adults, conducted by Savanta ComRes, found only 60 per cent felt confident the NHS would have the resources and staff to provide a good standard of care if they or a loved one needed it. Some 38 per cent were not confident and the rest did not know.

Almost three in five people said their overall experience of NHS services in the last year had been good, but a fifth said it had been poor. Mr Taylor warned: “There is no question that we are not providing the service we want to provide.

“We’re having to take risks we don’t want to take and that inevitably will lead to unnecessary deaths and long term issues for patients who, had they been seen earlier, we would have been able to solve their problem better.”

Mr Taylor urged the Government to draw up an “emergency winter plan”. He said short term measures to ease the strain should include ensuring organisations can employ agency staff if they need to and fixing issues with doctors’ pension rules that discourage them from taking on extra work.

Primary care should be given more freedom to employ healthcare staff to support GPs, and pay for social care staff must be looked at, he said. 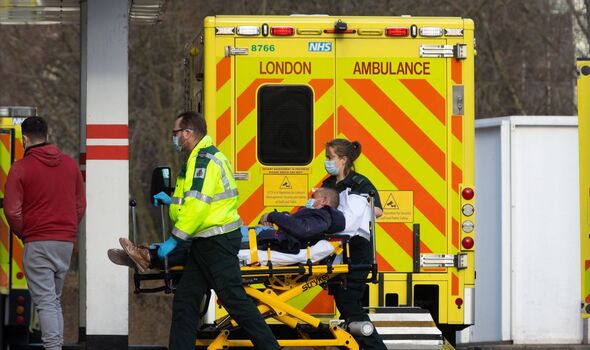 In the longer term, he said the NHS needed at least four per cent annual real terms growth in funding over the next 10 years. Mr Taylor said: “We need a realism reset. There is a perception out there that the health service has been given loads more money.

“We haven’t actually got any more money because inflation has eroded the settlement we had this year so badly. And the challenges we have got in the health service are not ones that can be solved in a few months. They are workforce and capital investment.

“We need politicians to face up to this. Unfortunately, we have seen in this Conservative leadership contest virtually no recognition of the reality, or of what’s driving it.”

There is nonetheless plenty to be optimistic about. A diagnostic revolution is underway, with innovations such as the Galleri cancer blood test being piloted by the NHS. And Mr Taylor said there was “real appetite in the health service to do things differently”, such as expanding use of virtual wards where patients can be monitored at home.

He added: “In 10 years our health service could be massively more productive and effective, we can be much more empowered as individuals.

“There’s a really good future out there but the question is: How do we build a bridge to that future? What we need from our leaders is optimism about where we can get to but realism about where we are now, and a proper plan about how we get from here to there.”

Professor Martin Marshall, chair of the Royal College of GPs, also called for a more honest conversation about what the NHS is facing. He said: “Members of the public can see that the NHS is under pressure but I think a lot of people don’t understand the extent to which it’s under pressure. Policymakers need to be honest with the public about the importance of these pressures.”

A Department of Health and Social Care spokesperson said: “We hugely value and appreciate the dedication and contribution of our NHS staff and are growing the healthcare workforce, with almost 4,100 more doctors, and over 9,600 more nurses compared to last year.

“As we continue to deliver on our commitment to recruit 50,000 more nurses by 2024, we have commissioned NHS England to develop a long term workforce plan to recruit and support NHS staff while they deliver high quality, safe care to patients and help to bust the Covid backlogs.

“We are also working closely with the NHS at pace to ensure we are ready for the pressures ahead by increasing capacity, boosting NHS 111 and 999 support, tackling delayed discharge and using new innovations such as virtual wards.” 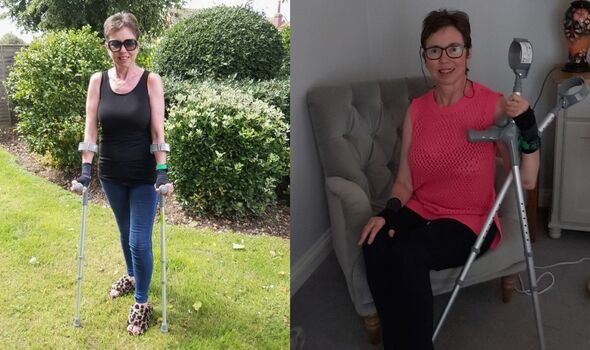 ‘The longer you wait, the more everything deteriorates.’

Lucy Morley-Williams waited over a year for a right hip replacement during the pandemic. She was referred for surgery in September 2020 but did not see a consultant to discuss the next steps for six months.

Lucy, 54, said: “It was quite difficult to say the least. Arthritis is a disabling condition which causes immense pain, and joint replacement can really be life-changing. Being told that I have to keep waiting for half a year with this excruciating pain, amongst so many others awaiting surgery, was very difficult to bear.”

Lucy finally had the operation in November last year, but the long delay put strain on her mental health and meant her condition deteriorated. Using crutches for over a year also exacerbated the arthritis in her hands.

Lucy, of Chichester, added: “The longer you wait, the more everything deteriorates. The NHS is stretched, and there are a lot of people out there in so much pain. It cannot and should not be ignored.

“I really hope they do something about the backlog in the coming months, so that people like me can receive much-needed pain relief as soon as possible.”

Arthritis Action’s CEO, Shantel Irwin, said: “The physical and mental pain that people living with arthritis are experiencing is debilitating. With an overstretched NHS, these people are not receiving adequate support to be able to manage their condition themselves.” 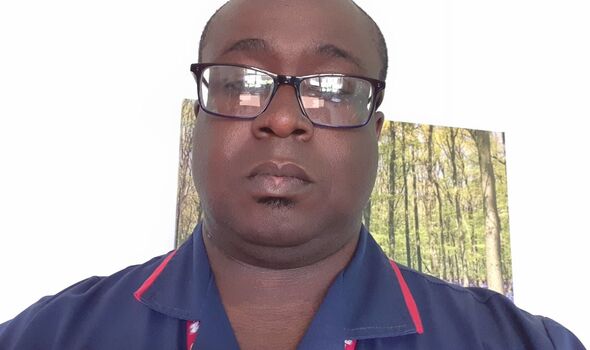 Community nurse Chukwudubem Ifeajuna said his team is exhausted from working overtime due to staff shortages. They often deal with urgent referrals from GPs and travel at short notice to assess patients.

They are also under pressure from hospitals where patients are waiting to be discharged but need social care support.

Chuks, 42, said: “There are tens of thousands of vacant nursing jobs across health and social care and I see the reality of that every day. Because my team don’t want to let the system and patients down, they pick up overtime shifts to support their colleagues. Everyone is exhausted with all the extra work.”

Chuks, who works in south east England, is a Royal College of Nursing safety representative. He said he worries about patients as “swamped” staff are often unable to give them the time they deserve.

Soaring fuel prices are also a problem for nurses who drive hundreds of miles a week to care for patients in their own homes. Some staff are relying on food banks or leaving the NHS to work in supermarkets, where they are paid more, Chuks said.

He said he feels “frustrated, emotional and helpless”, and added: “There are just aren’t enough of us. And they aren’t paid enough, we are all struggling.

“The Royal College of Nursing is balloting their members about taking industrial strike action after the latest NHS pay award, and I fully support this. We have had a decade of real-terms pay cuts, enough is enough.”