SWANSEA coach Alan Tate could face punishment from the FA after footage has emerged of him grabbing Birmingham midfielder Jon Toral by the throat.

The incident happened as the two teams were walking towards the tunnel as they went into the break on level terms. 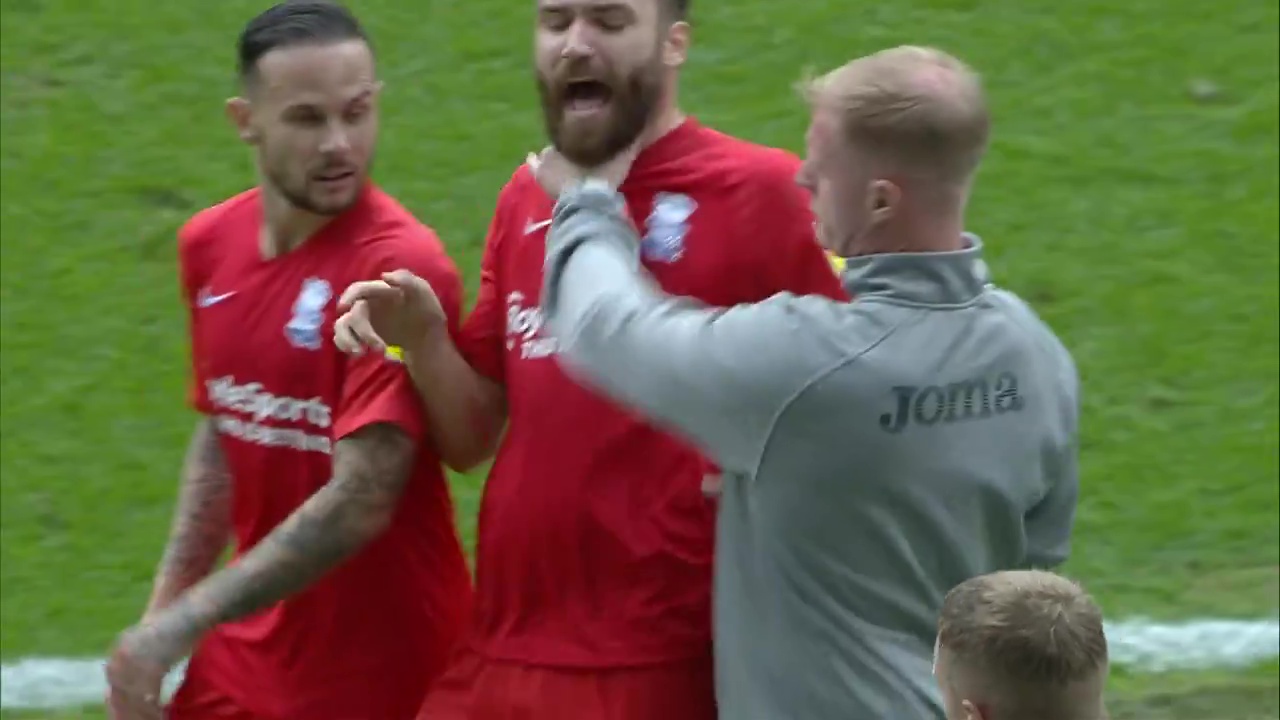 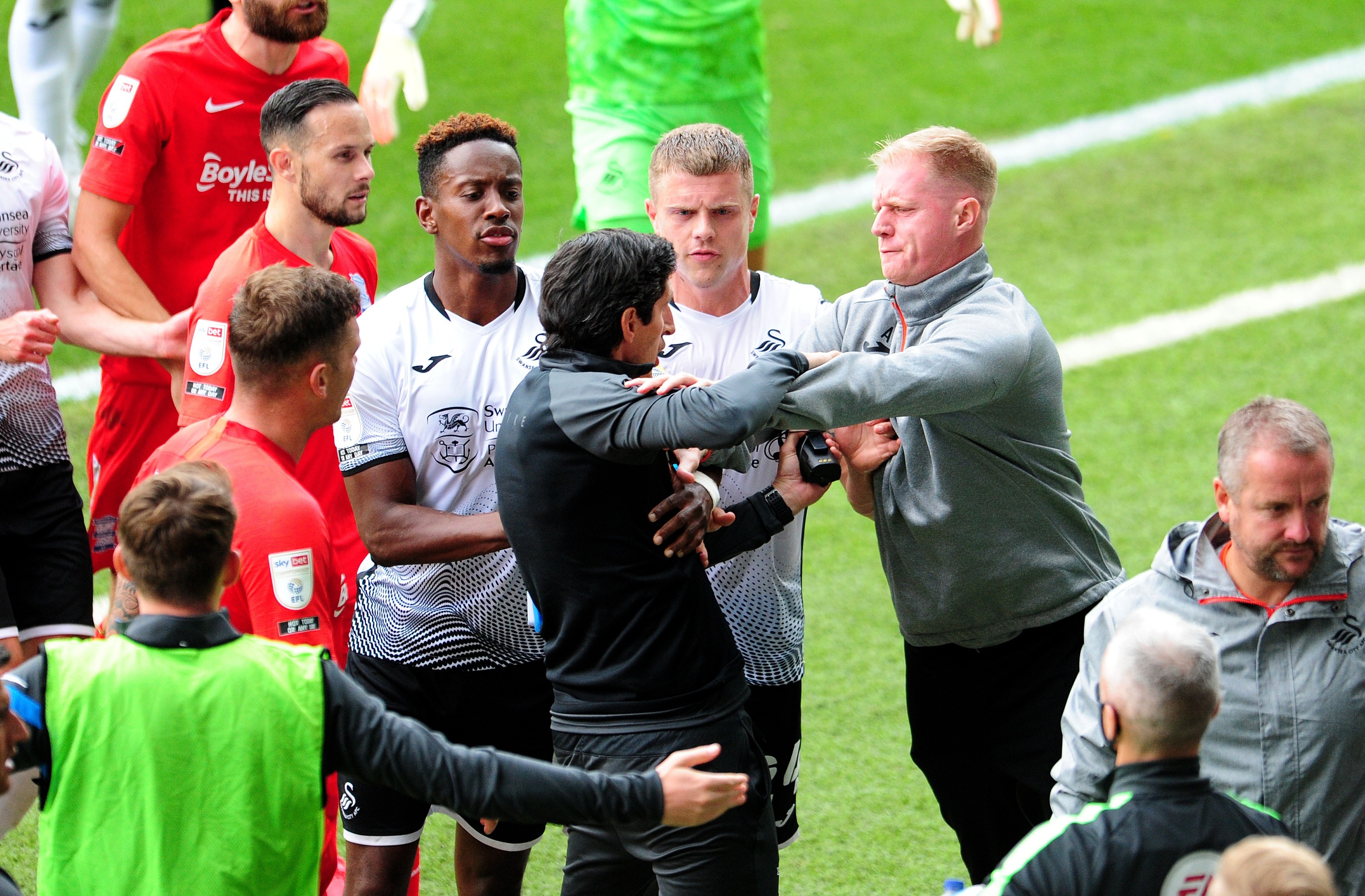 Former Arsenal academy midfielder Toral was seen speaking to Tate, who grabbed and pushed the Spaniard back with his left hand around his neck.

Toral then theatrically fell towards the floor, which sparked a reaction from both sets of players and coaches.

Birmingham posted a clip of the incident on Twitter, with many fans stating that the EFL should look into it.

Others stated that the move was something that belonged in a wrestling match.

One said: "Alan Tate to the WWE what a chokeslam."

A third quipped: "Alan Tate gets MOTM with one clean chokeslam. Love it."

While one fan remarked: "That is outrageous from the Swansea staff member there. Alan Tate is it? What on earth." 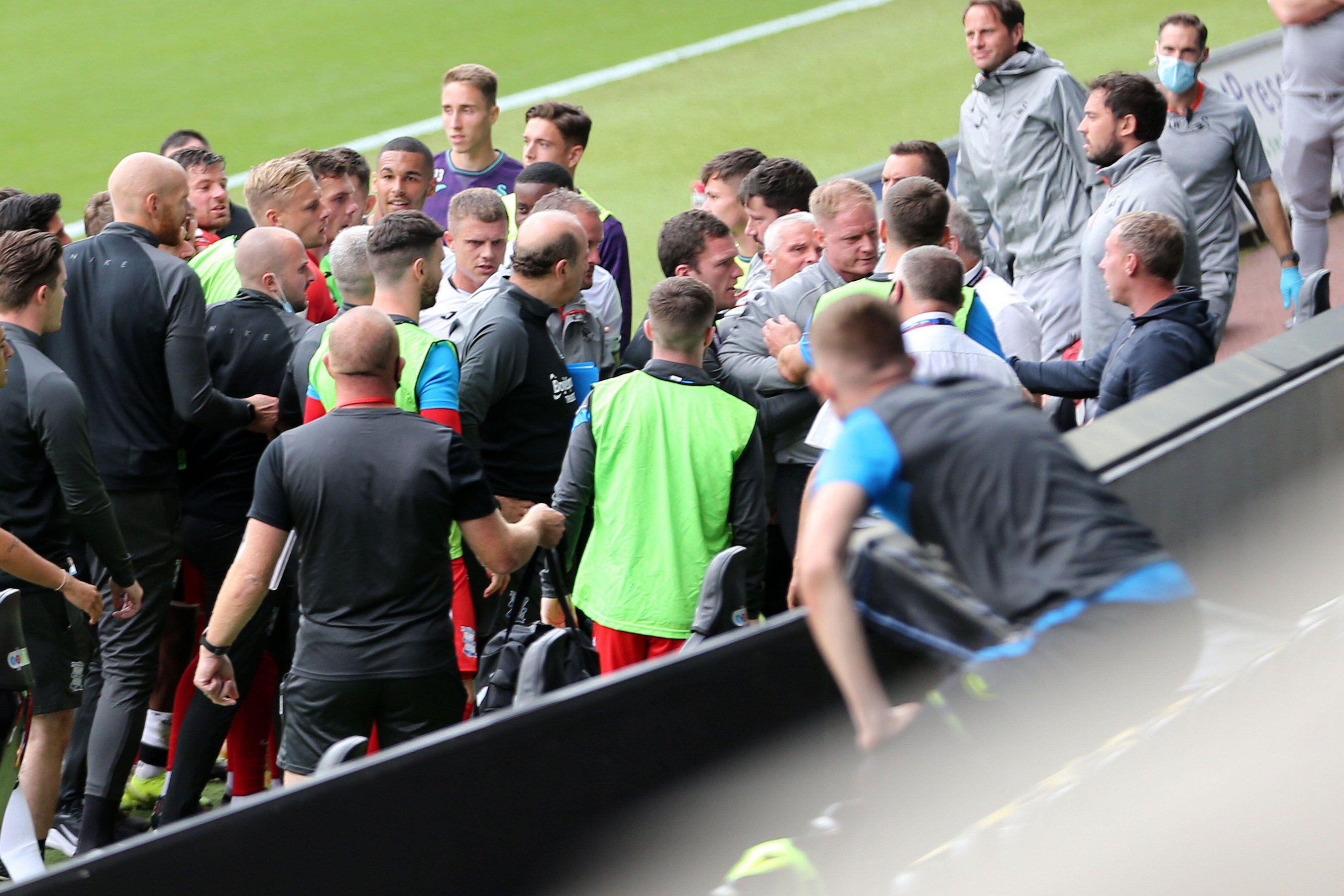 Tate played 340 games for the Swans between 2002-2013, where he was part of the side that went from League One to the Premier League.

It remains to be seen whether Tate will be punished following the 0-0 draw at the Liberty Stadium.