STOKE'S no-nonsense defender Danny Batth was left with a horrific gaping hole in his head during the last-gasp defeat against Swansea.

The centre-back was forced off at half-time following a nasty collision with striker Andre Ayew. 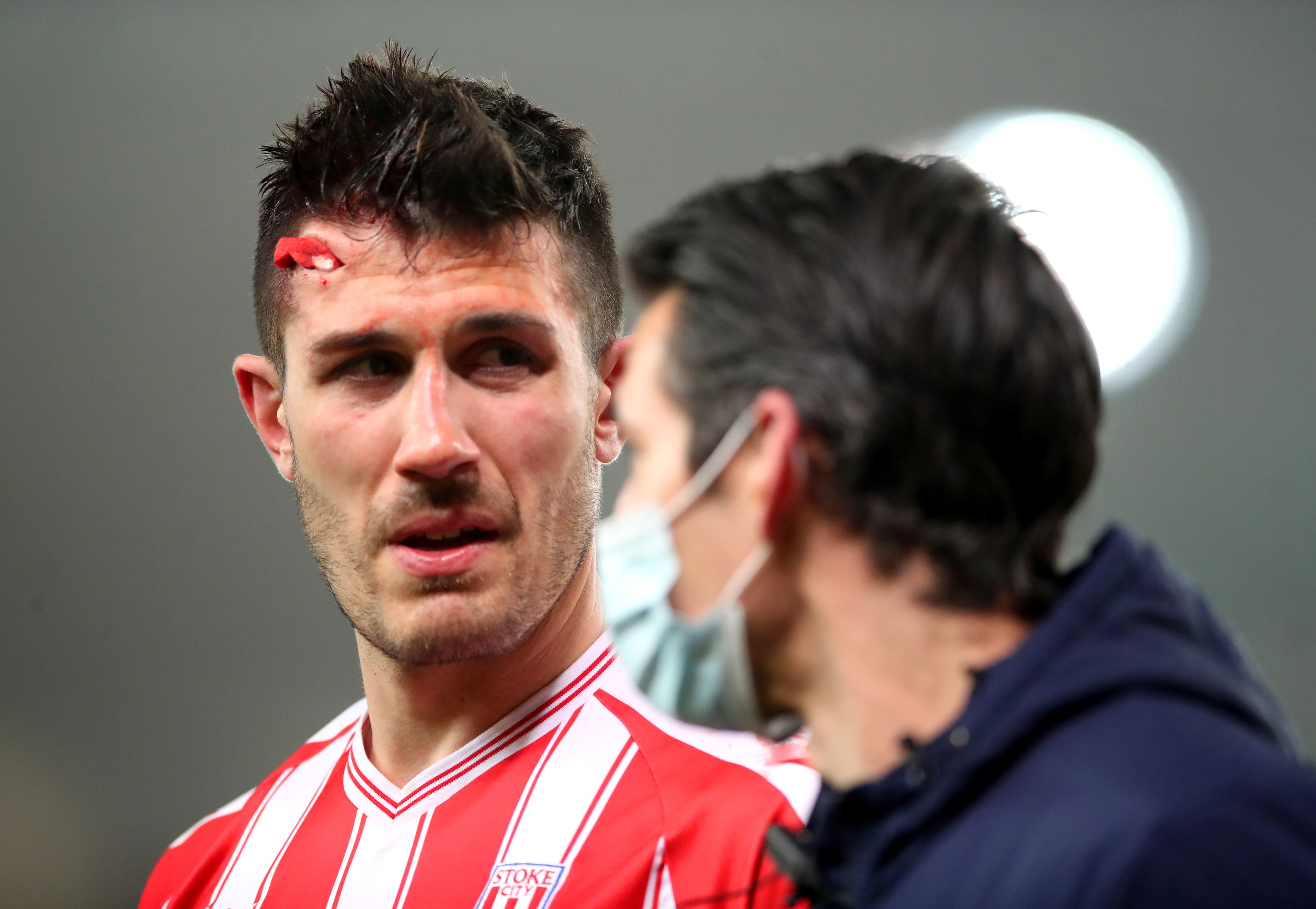 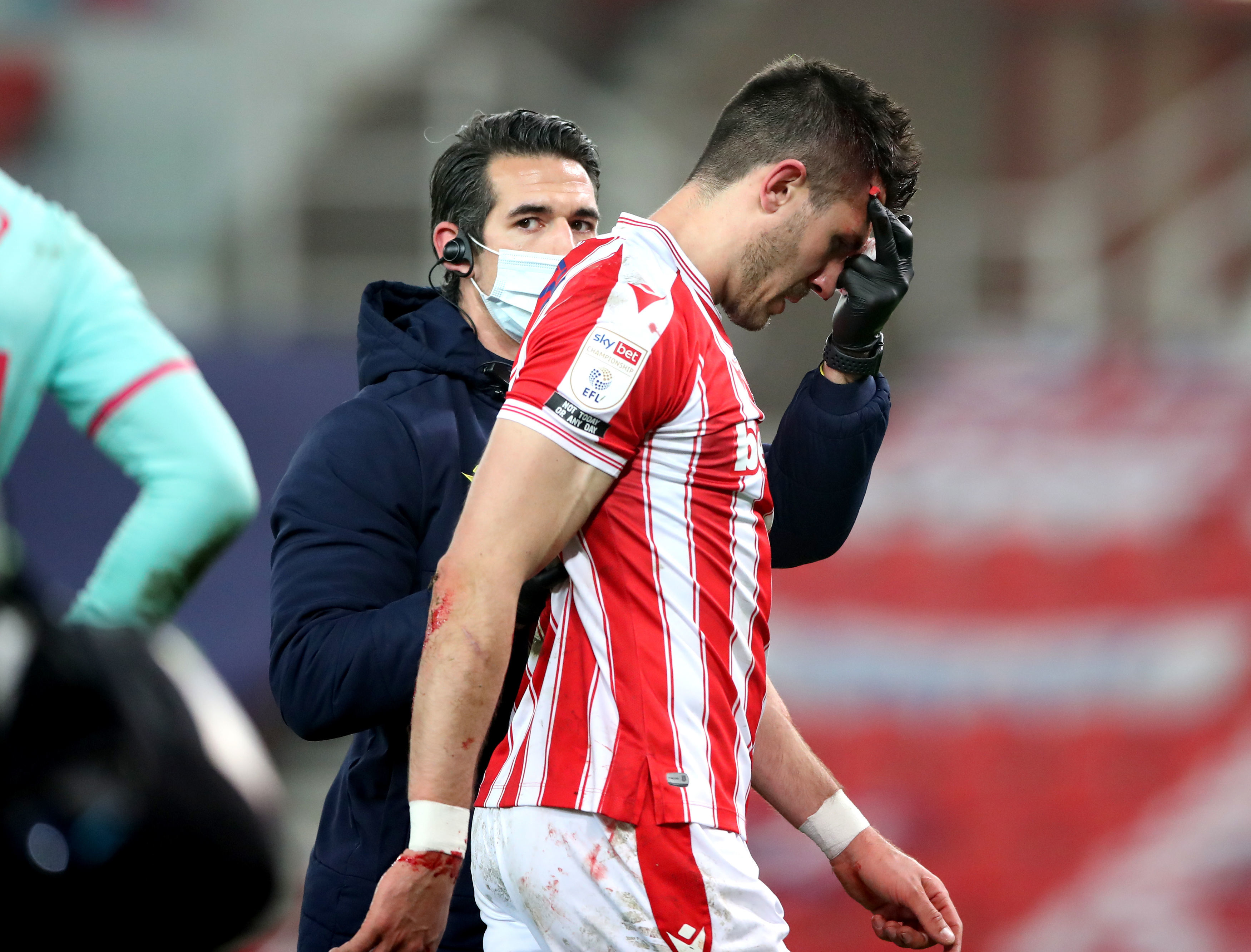 Batth, 30, went up for Stoke's corner at the end of the first period with the scores tied at 1-1.

As he challenged for Tommy Smith's delivery, he clashed heads with Ayew causing a huge gash.

Blood poured down his face as he received treatment from the physios but it was clear he would require stitches.

The winger was adjudged to have fouled right-back Kyle Naughton in the final few seconds as Swansea stole the three points from the penalty spot.

But replays clearly showed Naughton dived to earn his side a penalty in their race for promotion.

Ayew then made no mistake to leave his side just one point behind automatic promotion.

O'Neill was fuming with the decision after the contest and said: "Yes, it's a big call. An incorrect call in my opinion, having seen the incident back. 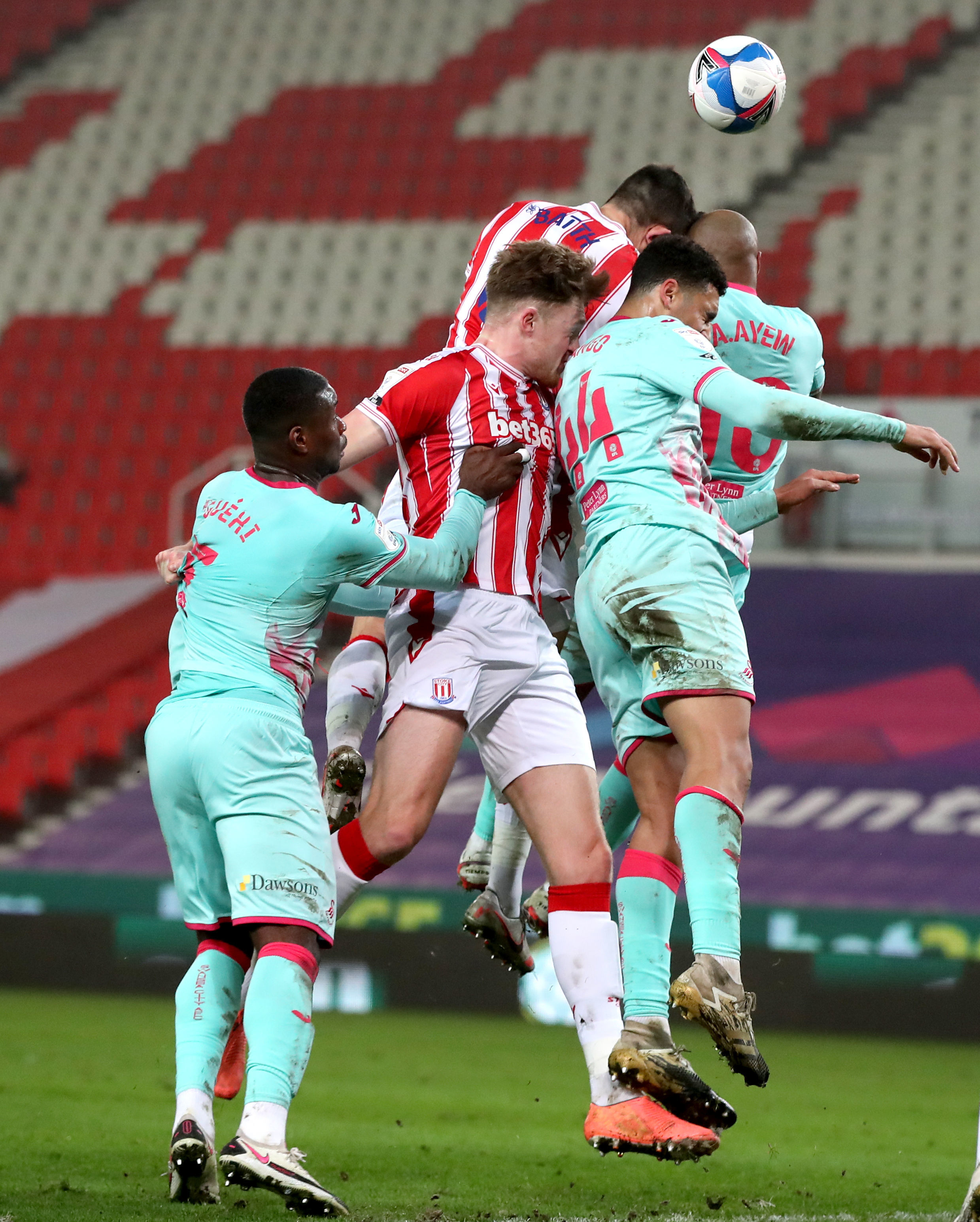 "The referee acknowledged there was a foul on James Chester leading up to it.

"Andre Ayew runs into James Chester intentionally and throws himself to the ground to try to win a free-kick.

"The ref decides not to give that and then within seconds gives a penalty for what he alleges was a trip on Naughton.

“Having watched it back there’s no way I can determine that slowing it down. I think the contact on the Swansea player is from his own leg.

“The referee’s assistant on the near side didn’t give it, the referee took sole responsibility to give that decision.

"I just couldn’t see that if there 20,000 people here tonight. I couldn’t see the referee pointing to the spot in that situation. I thought it was a really poor decision.”