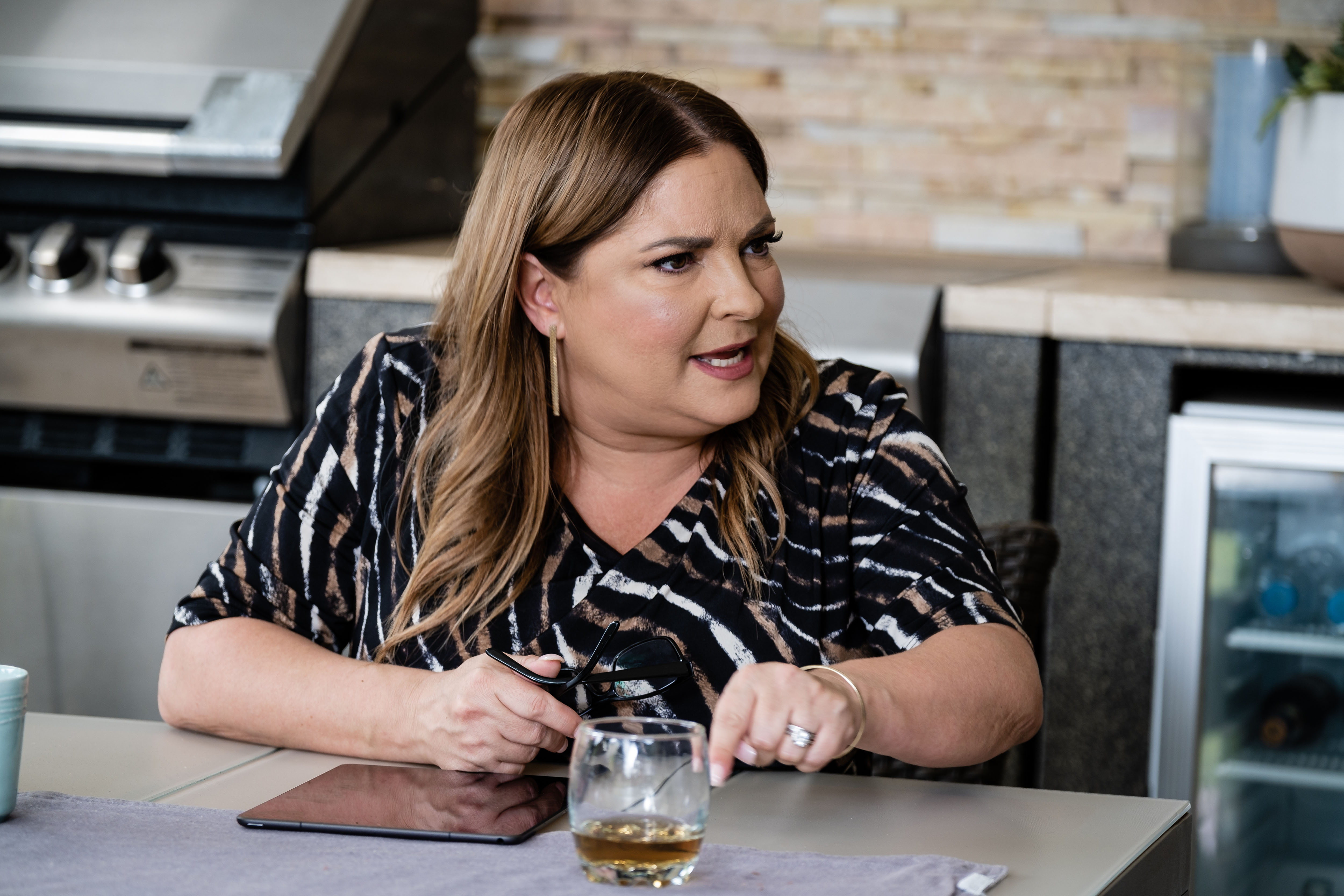 As Lassiters Fashion Week finally arrives, Terese is on cloud 9 about finally being able to watch all of their hard work come together in Neighbours. She’s ready for a huge show and to wow the crowds, all the while Paul Robinson (Stefan Dennis) is rubbing his hands together waiting for his scheme to come to fruition.

Sadly for Terese, it’s not long to go until his dastardly plan comes together.

He’s watching her closely and ready to take a front row seat at her demise. Just like clockwork, Paul’s plans get underway when the police show up to arrest Montana. This is the point the Fashion Week falls apart, and Paul’s smugness leaps to a 10/10.

As everything goes Pete Tong, Paul makes it abundantly clear Terese is to blame. Shocked by the disaster happening around her, initially Terese believes him. But deep down she knows Paul better than he knows himself, and she starts to twig that he knew all along things would play out like this.

But before she can do much about it, Lucy arrives in town and things escalate for Terese. Lucy does the only thing she can in the circumstances and gives Terese her P45, but this is the most obvious nail in the coffin and now Terese knows for sure Paul is behind it all. She starts to scheme herself as now that she’s unemployed, revenge becomes the only thing on her mind. Hell hath no fury like a woman scorned. Paul should know, he’s scorned enough of them.

Scenes air from Monday May 2 on Channel 5.