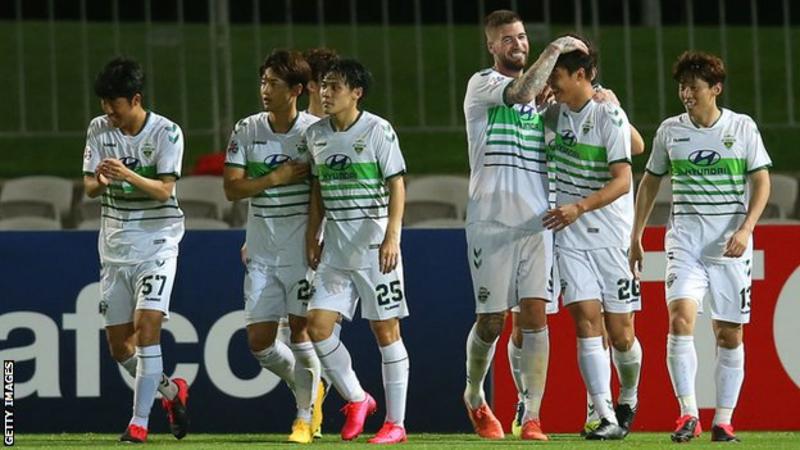 Having largely ground to a halt around the world during the coronavirus pandemic, football is finally beginning to re-emerge.

In Europe, the German Bundesliga was given the go-ahead on Wednesday to resume behind closed doors this month, with the Turkish Super Lig set to follow in June.

But in one Asian country friendlies have already been played and a competitive campaign will belatedly get under way this week.

South Korea was one of the first nations outside China to be hit by a Covid-19 outbreak and consequently its K-League, scheduled to start in February, was postponed indefinitely while much of the world was still playing.

On Friday, their players will join those of Belarus, Burundi, Tajikistan and Nicaragua – where league football carried on amid the pandemic – in taking to the field competitively.

Jeonbuk Motors – who have been champions for the past three seasons – face Suwon Bluewings in the opening game.

As well as the exclusion of supporters, special safety measures will be in place, including the banning of handshakes, restrictions on players talking to team-mates, opponents and officials, and coaches having to wear face masks.

“Excessive spitting or blowing of the nose is prohibited and players should refrain from close conversations,” said K-League communication officer Woo Cheoung-sik.

“During the game, players who habitually spit or talk closely will be warned.”

Australia international Adam Taggart, who was the K-League’s top scorer last season with 20 goals, is unsure how those new rules will be policed.

“We are still waiting to get a full explanation on that,” Bluewings striker Taggart told BBC World Service Sport.

“The talking part, if that is correct, is going to be a tough one. Although I do not speak Korean, you can still communicate with your team-mates so I don’t really understand if we are going to get punished if we do talk.

“You can just imagine there will be red cards left, right and centre if people are going to get punished for talking.

“I have heard that the coaching staff will be wearing masks and it probably sounds strange to everyone else but it is normal here. No-one would say anything about it – on the streets or in the shops, you would not see anyone without one. I wear a mask myself here so it is sort of second nature already.

“You feel a bit naked running about without a mask on. I almost feel naughty.” 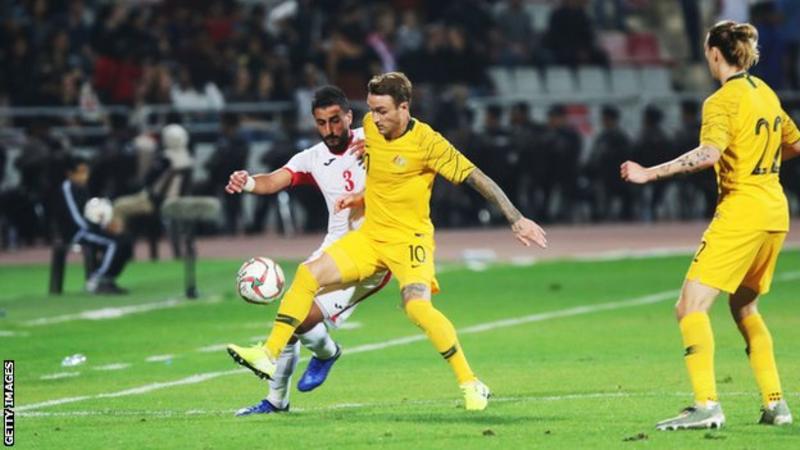 Though Taggart and his team-mates have had the luxury of stepping back on to the pitch again and competing in friendly matches, he says he feels “guilty” when thinking about other colleagues.

“It is a bittersweet feeling knowing a lot of your mates and people you played with, not just in football but in everyday working life, are in a difficult situation,” says Taggart, who was at Fulham between 2014 and 2016 but failed to make a first-team appearance.

“Knowing what a lot of our mates are having to do back home in Australia, especially a few of the mates playing in Europe, it is difficult to see. Now that we have an actual date set for the league to start you probably do feel a little bit guilty.

“I think myself and the rest of the boys in Korea feel pretty lucky to be able to play games again and live life the way we were used to beforehand.

“It was nice to be back out there and enjoy a football game.”