Sony has released a new personal air conditioner designed to be stored inside a person’s shirt collar, creating a cool envelope around their torso even when they’re outside.

Called the Reon Pocket, the wallet-sized device weighs just three ounces and can be controlled through a companion smartphone app.

Sony is also selling custom t-shirts with small pockets sewn into the back collar of the shirt to hold the device.

Sony claims the device can lower the body surface temperature of the person wearing it by up to 23 degrees Fahrenheit when set at maximum power and left to run for five minutes.

It will also be capable of generating warm air for winter wear and can increase body surface temperature by 14 degrees Fahrenheit, according to a report in Interesting Engineering.

The device is powered by a rechargeable battery that Sony says can run continuously for around 90 minutes, though it takes a full two hours to recharge.

The Reon Pocket is available in Japan through online retailers but Sony hasn’t announced any plans to release it in any other markets.

The suggested retail price is around $130.

The device was originally announced in 2019 and planned to be released in time for the 2020 Olympic Games in Tokyo, where summers are famously hot and humid. 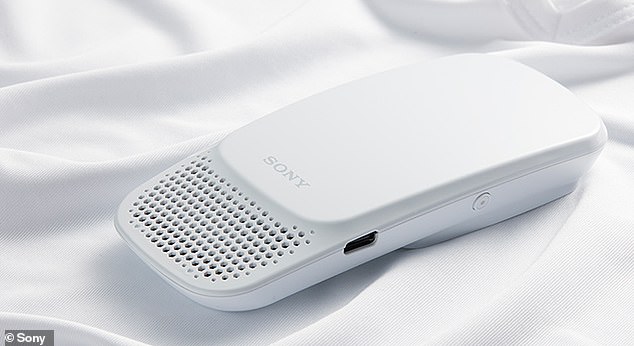 Sony has released the Reon Pocket, a personal air conditioner that can fit inside a person’s shirt and cool their torso even when outdoors 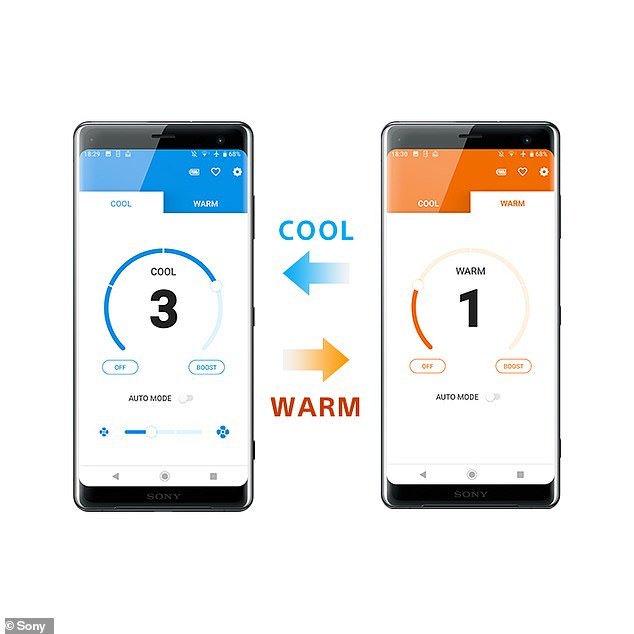 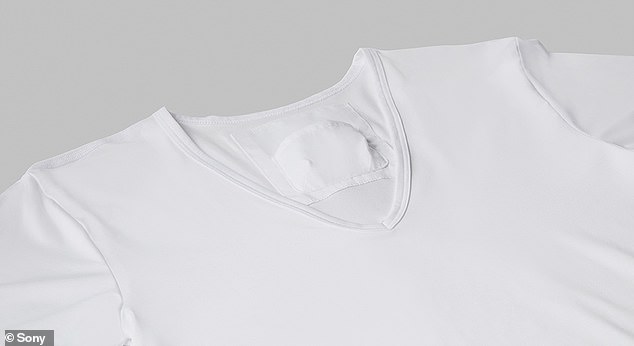 Sony has designed a custom t-shirt for the Reon Pocket, with a small slot for the device to slide into in the back collar. The suggested retail price is around $130

Despite the Tokyo Olympics being being postponed until 2021, Sony decided to move forward with the Reon Pocket’s release.

Some early customer reviews have been enthusiastic, but others have found it disappointing.

According to a report from Input, some have complained about the noise it produces, comparing it to having a fan constantly running behind your head.

Others have said it’s not effective at drying you off if you’ve already started sweating before turning it on.