The annular, or “Ring of Fire” eclipse, will grace the morning skies on Thursday, June 10, when the Sun and Moon cross paths. Solar eclipses happen between two to five times a year – and have done so since the dawn of time – and are perfectly understood astronomical phenomena. But this does not stop Christian evangelists, doomsday preachers and other conspiracy theorists to brand them Biblical harbingers of doom.

The latest prophetic warning about this week’s eclipse comes courtesy of Paul Begley, an Indiana-based preacher and TV host.

Pastor Begley presents the weekly series The Coming Apocalypse, which is broadcast on some TV channels in the US.

On his show as well as his popular YouTube channel, the firebrand preacher draws strenuous connections between passages in the Bible and everyday news events.

He recently said the May 26 Blood Moon eclipse was another sign of Biblical prophecy unfolding.

Pastor Begley has now warned about Thursday’s eclipse, citing concerns about its appearance over Moscow. 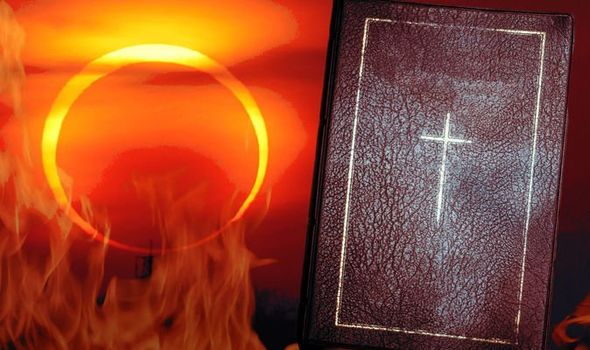 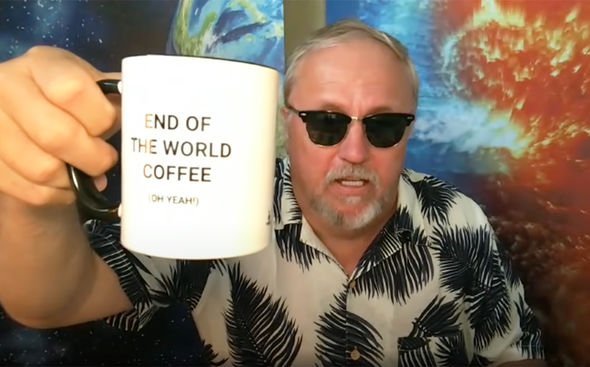 The Ring of Fire will only be visible to a select few locations in northern Canada, Greenland and northern Russia.

But places outside of the annular eclipse’s path, such as Moscow, will still be treated to a partial eclipse of the Sun.

Instead of seeing a beautiful Ring of Fire light up in the sky, those lucky enough to see the partial eclipse will see the Sun turn into a burning crescent.

Pastor Begley believes there is ample Biblical precedent to prove this phenomenon is a sign from God.

He cited a passage in Genesis 1;14, which describes the creation of the world.

The Bible reads: “And God said, ‘Let there be lights in the expanse of the sky to distinguish between the day and the night, and let them be signs to mark the seasons and days and years.'”

According to pastor Begley, the solar eclipse is one of the “signs” designed to be a reminder of God’s power over Earth.

Pastor Paul Begley warns ‘the earth is going to be shaking’

He said during a nine-minute live broadcast on YouTube: “So God’s saying, ‘I’m going to put signs in the heavens.’ Some of them are of prophecy.”

The preacher then cited passages from Luke 21, which speaks of “signs in the Sun, Moon and stars” before the Second Coming of Jesus Christ.

The scripture reads: “On the earth, nations will be in anguish and perplexity roaring and tossing of the sea.

“People will faint from terror, apprehensive of what is coming on the world, for the heavenly bodies will be shaken.

“At that time they will see the Son of Man coming in a cloud with power and great glory.

“When these things begin to take place, stand up and lift up your heads, because your redemption is drawing near.” 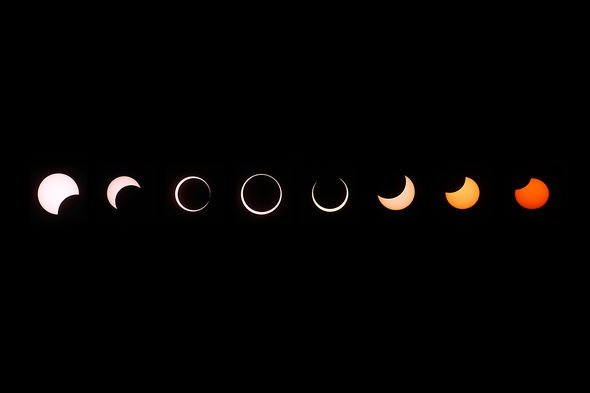 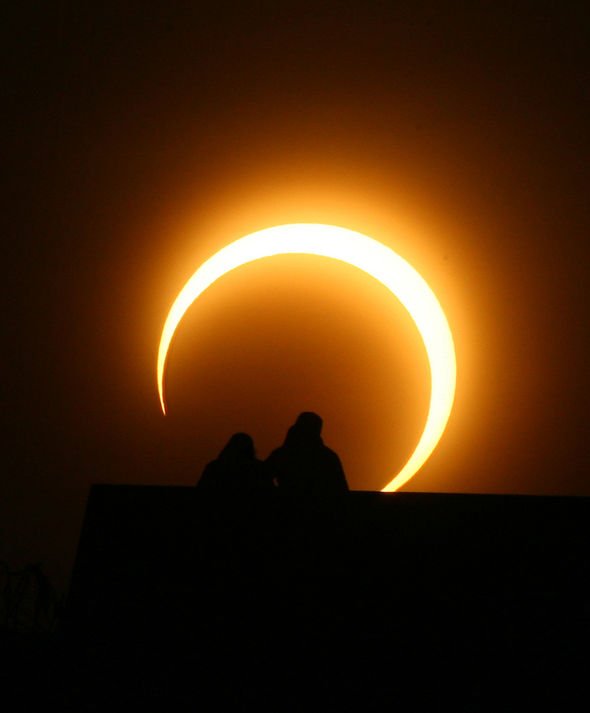 According to pastor Begley, all of these signs are unfolding before our very eyes and the Day of the Lord is rapidly approaching.

The preacher fervently believes we are already living in the End Times and it is a matter of time before the prophecies of Christ’s return start unfolding one by one like a row of dominoes.

“Listen, it’s going to get ugly, guys, and then shall they see the Son of Man coming in a cloud with power and great glory.

“When these things begin to pass, He said, ‘Look up, lift up your head, for your redemption is drawing nigh.'”

There is, of course, no scientific evidence to back these claims and there is nothing out of the ordinary about this solar eclipse.

Annular eclipses are simply the result of the Earth’s and Moon’s orbit being tilted at an angle.

About two to five times a year, the Moon’s path around the planet will overlap with the Sun’s position in the sky.

When this happens, we get to witness a total, annular or partial eclipse of the Sun.

Total eclipses happen once every 18 months on average.

The US space agency NASA explained: “On average, the same spot on Earth only gets to see a solar eclipse for a few minutes about every 375 years.”