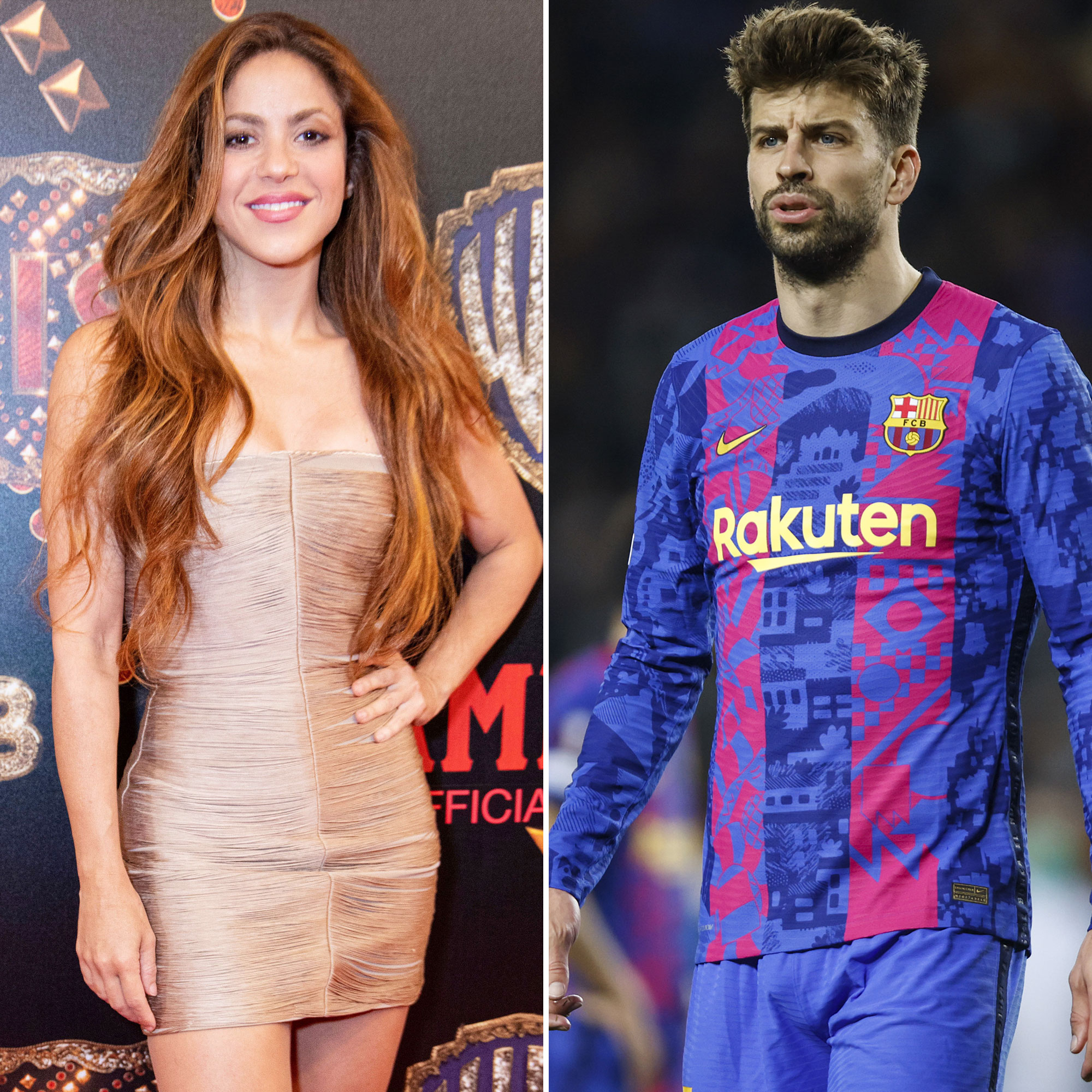 Still adjusting. Shakira‘s ex-partner Gerard Piqué already seems to be moving on with someone else after their split — and the singer isn’t happy about it.

Shakira and Gerard Pique’s Relationship Timeline: The Way They Were

The “She Wolf” songstress, 45, is “heartbroken” over recent photos of the soccer player, 35, with Clara Chía, an insider exclusively told Us Weekly. “She is happy to have her kids to lean on as this is a tough time for her,” the source added.

The athlete was spotted packing on the PDA with the model, 23, in photos obtained by Spanish TV network Telecinco earlier this month. The duo shared while attending a Dani Martín concert in Puigcerdà, Spain.

Shakira and the former Manchester United player announced their split in June after 12 years together. “We regret to confirm that we are separating,” the pair told Reuters in a joint statement at the time. “For the wellbeing of our children, who are our highest priority, we ask that you respect their privacy.”

The duo, who began dating in 2011, share sons Milan, 9, and Sasha, 7. According to the insider, Shakira and Piqué are still figuring out the details of their custody arrangement.

“She just wants what’s best for the kids and is trying to keep them away from hearing and seeing all the negative things in the news about her,” the source tells Us of the Colombia native, claiming that the custody battle between the former couple has gotten “messy.”

Shortly before announcing their split, the former couple made headlines when reports circulated that Shakira caught her longtime partner having an affair. The twosome did not address the claims at the time.

Celebrity Couples Who Never Got Married

In addition to her split from Piqué, the “Hips Don’t Lie” singer may soon be facing trial for tax evasion. Spanish prosecutors accused her in 2018 of defrauding the government of about $15 million from 2012 to 2014, alleging that she claimed to live in the Bahamas when she actually resided in Catalonia. The prosecutors also said they would seek a $23.5 million fine from the Grammy winner for alleged tax fraud.

Last month, one prosecutor called for a prison term for the “Beautiful Liar” artist, recommending a sentence of eight years. According to court documents obtained by Reuters, the prosecutor began seeking the prison term after Shakira rejected a settlement offer.

A rep for the Latin Grammy winner told the outlet that Shakira “is fully confident of her innocence,” adding that she considers the tax case “a total violation of her rights.” The Dancing With Myself alum also claimed that she paid the 17.2 million euros that the Spanish tax office said she owed and thus has no outstanding debt with the agency.

With reporting by Diana Cooper