Segway is to end production of its £4,000 namesake vehicle after 19 years, admitting that its longed-for transport revolution has failed to materialise.

The Segway PT was billed as an easy way to get around for short trips, with riders standing on a platform suspended between two wheels and leaning forwards, backwards and side-to-side to direct it.

But the machines failed to catch on, and quickly earned a reputation for being unsafe, as they could spin out of control and throw users to the ground.

In 2009, just ten months after he bought the company, British self-made millionaire Jimi Heselden rode a Segway off a 30-foot cliff to his death while at his country estate, north of London. He was 62 years old.

And in 2015 a cameraman riding a Segway ran over Usain Bolt as he did a victory lap after winning the 200-metre race in Beijing. Bolt wasn’t injured and later joked about the accident. 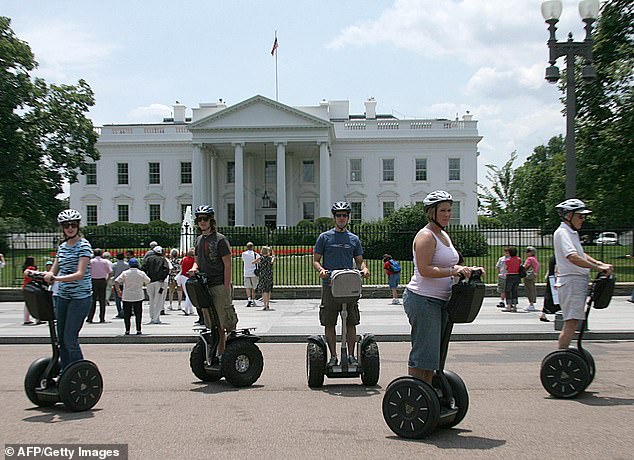 Segway is to end production of its £4,000 Segway PT vehicle after its longed-for transport revolution failed to materialise. The company has branched into scooters 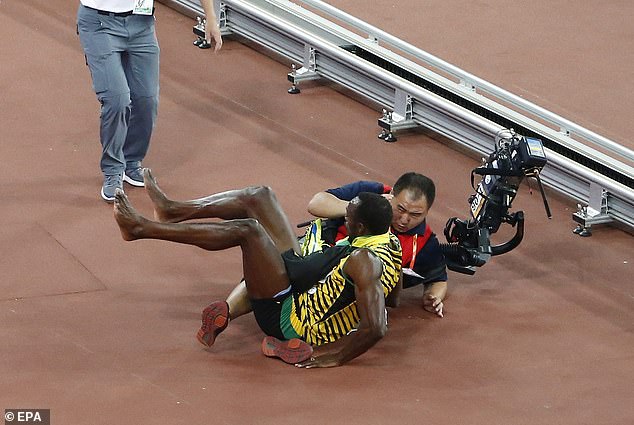 The Segways gained a reputation for being difficult to control. In 2015 a cameraman riding a segway careered into Usain Bolt during a victory lap. Segway not in picture

The company said the vehicle would be retired on July 15 after its sales dropped to less than 1.5 per cent of their revenue last year.

As many as 21 employees will be laid off following the decision, with another 12 to stay on for two months to a year, and five remaining at the factory in Bedford, New Hampshire, US.

‘This decision was not made lightly, and while the current global pandemic did impact sales and production, it was not a deciding factor in our decision,’ Judy Cai, Segway president, said.

Since first launching in 2001, the Segway PT has proved popular with tourists and police officers, but never took off as a mainstream form of transport with commuters.

They vehicles were banned in some cities because users could easily lose control if they were not balanced properly. 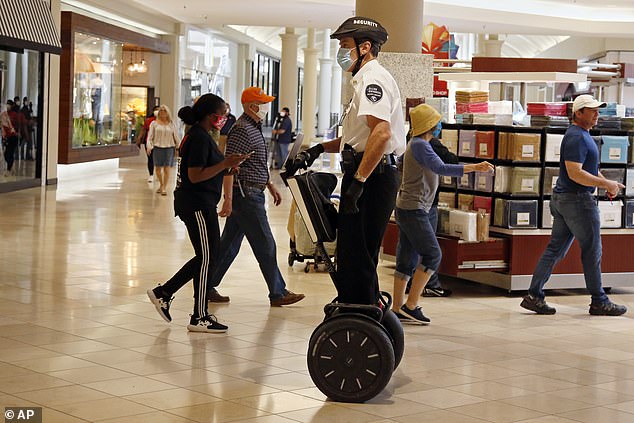 ‘What did they think the market was when they built this, when they designed it?’, asked Maryann Keller, principal at Maryann Keller & Associates. Segway in Penn Mall, Oklahoma

‘My impression was they were talking about this as personal mobility.

‘How could you think that something this large and expensive would be personal mobility?’

Segway entered the lightweight scooter business in 2017, selling light and inexpensive easy-to-ride vehicles that have taken over the urban streets.

As many as 38.5 million trips on electric scooters took place in 2018 in the US, according to the National Association of City Transportation Officials.

The company’s decision to head into the scooter market may have sounded the death-knell for its Segway PT.

Heralding the vehicle, Ms Cai said: ‘Within its first decade, the Segway PT became a staple in security and law enforcement, viewed as an effective and efficient personal vehicle.’

She also noted its past popularity with tourists in major cities across North America, Europe, Asia, South America and the Middle East.