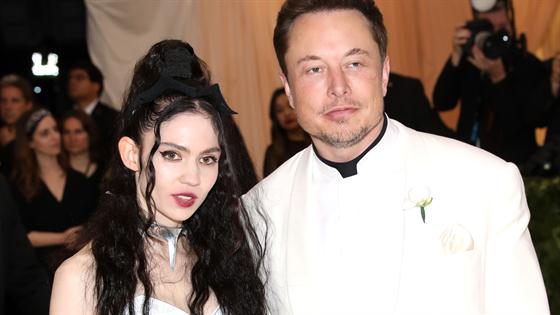 Gwyneth Paltrow is passing the baton.

On Friday, the Goop founder weighed in on Elon Musk and Grimes‘ unique baby name with a hilarious comment on Instagram. After scrolling past an article announcing that little X Æ A-12 had arrived and breaking down the pronunciation of the tech tycoon and musician’s son’s name, Paltrow couldn’t help but reminisce over the stir she and ex Chris Martin caused when they announced what they had named their daughter Apple Martin, 15, nearly two decades ago.

“#chrismartin, I think we got beat for most controversial baby name,” she wrote on the post.

Back in 2004, Paltrow opened up on how she and the Coldplay frontman had landed on the now famous moniker during her visit to The Oprah Winfrey Show. “Basically it was because, when we were first pregnant, her daddy said, ‘If it’s a girl I think her name should be Apple,'” she said. “It sounded so sweet, and it conjured such a lovely picture for me, you know?”

“Apples are so sweet and they’re wholesome, and it’s biblical,” she continued. “And I just thought it sounded so lovely. Then she was born and it became like an international outrage, which I found surprising because there are people named Rose or Lily or Ivy or June or, you know, lots of pretty nouns.”

Like the friendly exes, Musk and Grimes also gave fans more context into their unusual choice. After sharing that they had welcomed their baby boy, the “Oblivion” singer broke down the meaning behind his name. 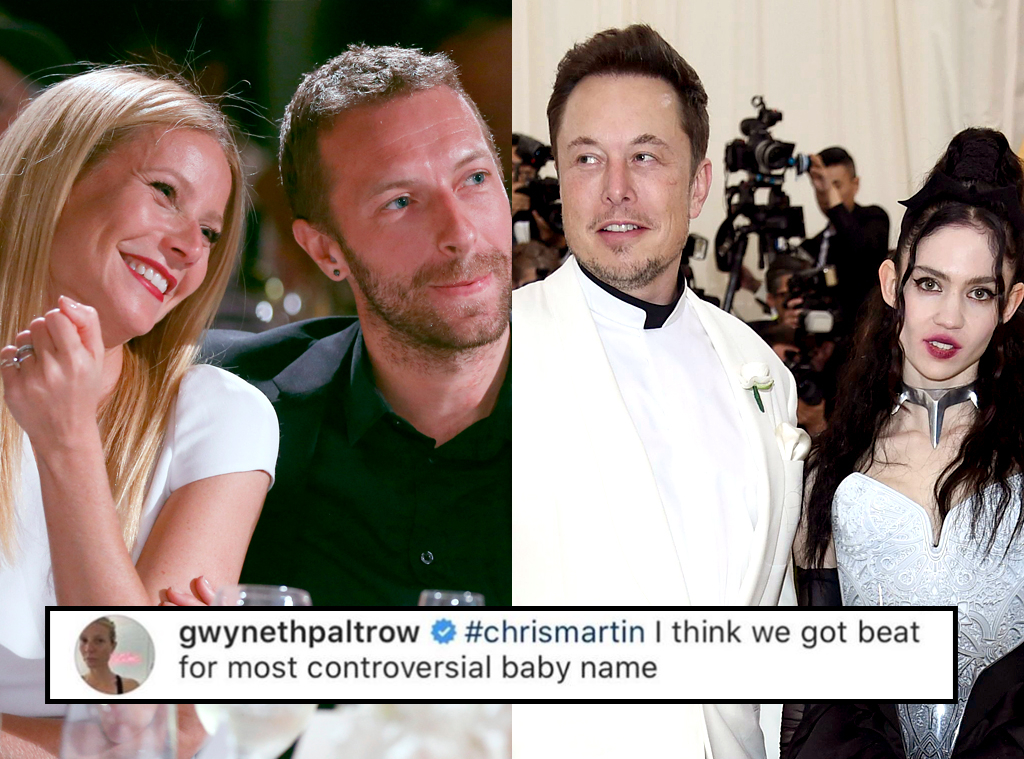 “X, the unknown variable,” she wrote on social media. “Æ, my elven spelling of Ai (love &/or Artificial intelligence) A-12 = precursor to SR-17 (our favorite aircraft). No weapons, no defenses, just speed. Great in battle, but non-violent. A=Archangel, my favorite song.” She concluded the lengthy explanation with a rat and sword emoji, adding, “Metal rat.”

Little did she know, her explanation featured a typo, which the Tesla mogul corrected: “SR-71, but yes.” Grimes responded, “I am recovering from surgery and barely alive so may my typos b forgiven but, da–it. That was meant to be profound.”

As for how “X Æ A-12” is pronounced, Musk later said, “So, it’s just X, the letter X, and then the Æ is pronounced Ash.” During his interview on The Joe Rogan Experience, he revealed that Grimes “mostly came up with the name,” adding, “She’s brilliant.”