There are plenty of people who have consumed all of “Schitt’s Creek” passionately and have fallen for the character Twyla, yet have no idea that the actress who portrays her, Sarah Levy, is in fact a member of the Levy family — son of Eugene, sister to the show’s creator, her older brother Dan. Much like the character that made her known, Sarah Levy is impossibly sweet (she’s Canadian, after all) and poised — and with the next stage of her career taking off, it would be a feat if she remained unknown for much longer.

Levy, 34, is next seen in “Surreal Estate,” out July 16 on Syfy and telling the story of a real estate brokerage that specializes in haunted houses. It’s the furthest thing from the world of the Rose family and Co., but it’s sort of exactly what Levy was looking for next, even if she didn’t quite realize it.

“I really wanted to do something different if possible, but as we all know it’s hard to choose sometimes when really great opportunities are presented to you,” she says over Zoom from Los Angeles. “I was really open to absolutely anything.”

“Surreal Estate” was one of the only scripts she read during 2020 that she kept turning to over and over, begging to be paid attention to.

“It has so many elements of things I was looking for. It was a totally different character, it was an hour-long drama. It was sci-fi, and I’d never done special effects before. It kind of moved into the horror genre, which was something that I had always wanted to do,” she says. 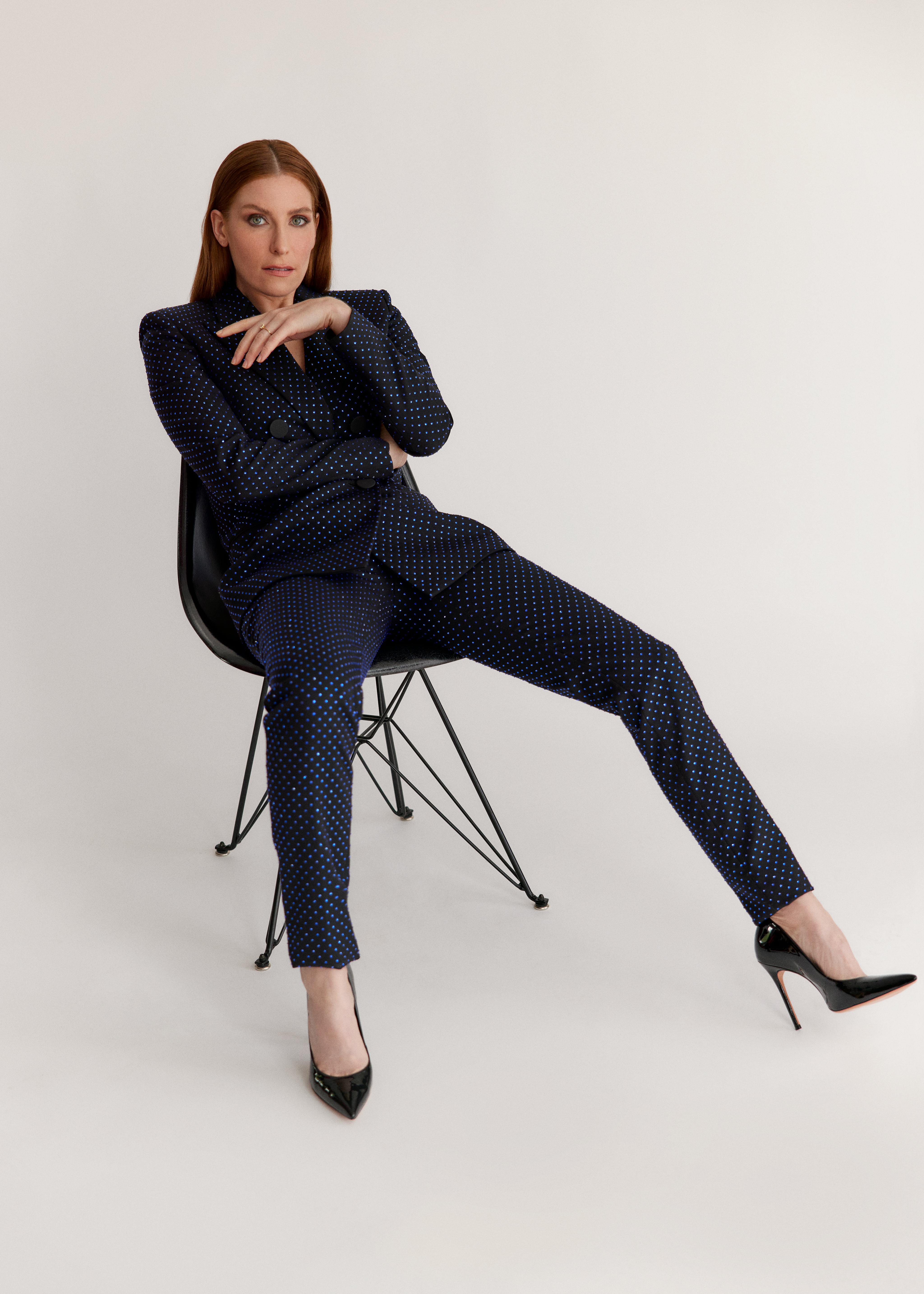 Levy had mentally prepared to not be working all of 2020, considering the pandemic, so was surprised when she found herself having to dive into sci-fi research.

“My brain kind of turned off, so when this came along, I was like, ‘oh God, how do I act? Where do we even begin again, how do I memorize lines?’” she says. Upon arrival in Newfoundland, where shooting took place, she started to get into the headspace of the show — going off of very little. “I only really had the pilot script. So I didn’t know much more than that.”

Growing up in Toronto, Levy and her brother Dan always were creative as kids and always found an interest in their father’s line of work. They went to set with him often, and found the behind-the-scenes experience “truly magical,” she says.

“Any opportunity I had to go to work with my dad, I took immediately, and I just never saw myself really wanting to do anything else,” she says.

She did plays in high school, but her parents were adamant with both of their children that they not act professionally until they were at least 18 and knew what they were getting into.

“Specifically my mother, she felt it was very important to make sure we were aware of how hard it was and what we have experienced with my dad as kids was for the most part a very unrealistic version of what being an actor is,” Levy says.

She had been living in L.A. for about five years, was right out of college and was in the stage of her career of USC student films and little day parts here and there when she booked a role in “Larry Crowne,” acting alongside Tom Hanks and Julia Roberts, which made the acting dream seem that much more in reach. Next thing she knew, “Schitt’s Creek” was in development and she was back to Canada to shoot the part of Twyla. The show is now a mega-success, but at the time it was really quite the risk, as they all entered with low expectations.

“None of us really even knew what it was to become, we just kind of thought, ‘well, here’s this show and it’s in Canada and we’ll try it and see what works and we’re all in this together. Fingers crossed,’” she says.

The show, of course, exploded in the U.S., sweeping awards seasons and becoming a fan favorite before ending in 2020. The success came as a shock to all cast members, though Levy recalls it was a bit of a slow burn.

“I was just so happy to be able to have an opportunity to work with my family, and I know that the first season was very successful in Canada, and we got picked up for a second season almost immediately, so we knew it was kind of taking off a little bit in Canada, but I don’t think any of us had any idea how insane it would end up becoming,” she says. “I feel normally it’s the reverse, and I think that’s why it caught us all extremely off guard because it was just like every year kept getting more and more successful.”

With “Surreal Estate” coming out, Levy is looking for her next left-field move.

“I’m really open right now to wherever life is taking me and whatever jobs come up, and I have a tendency to really want control over things, and I think this past year, if it’s taught me anything, it’s just to let it all go and see what happens,” she says. “My dad’s motto, which he’s been saying since we were kids, is ‘everything happens for a reason.’ It’s tough because I love comedy so much, but stepping into the kind of sci-fi or drama genre has been a really nice challenge and I think it’s definitely an area that I want to pursue more.”