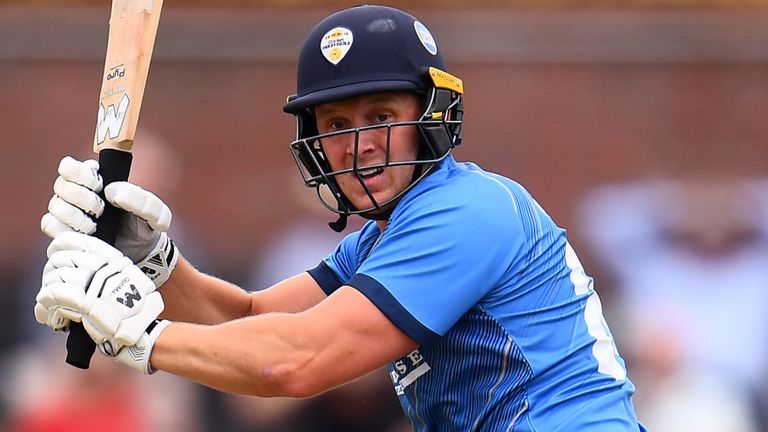 Tom Wood’s record-breaking maiden List A century, which he scored from just 55 balls, inspired Derbyshire to a 41 run victory over Nottinghamshire in the Royal London Cup match at Derby.

Wood’s ton was Derbyshire’s fastest in List A cricket and the second-fastest in all formats for the county.

The 27-year-old smashed 14 fours and three sixes in his 59-ball 109, which propelled Derbyshire to 258-6 in a game reduced to 27 overs by heavy rain the previous evening.

Harry Came scored 57, his first List A half-century, and an unlikely target of 259 proved beyond Nottinghamshire, who were dismissed for 217.

Wood’s hundred was sealed when he pulled Brett Hutton – who would later top-score for Notts with 46 from 20 balls – for his third six and he left to a standing ovation when he was caught off the last ball of the innings.

Derbyshire’s Fynn-Hudson Prentice then took 3-37 as his side dismissed Notts and claimed a first one-day success over their Midlands rivals since 2004. 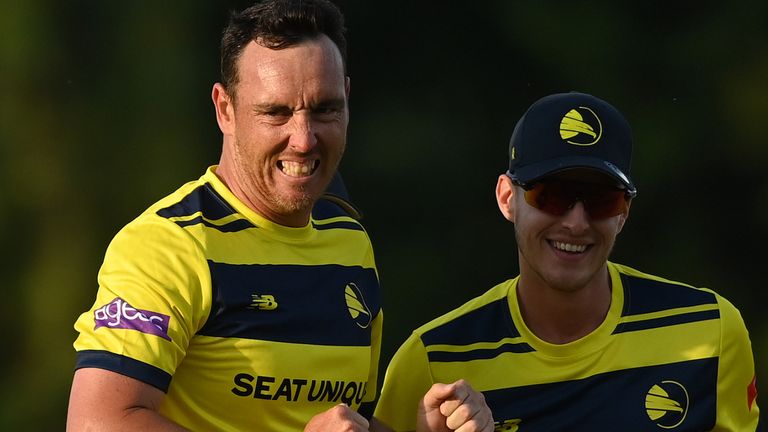 A Kyle Abbott-inspired Hampshire cruised to a six-wicket Royal London Cup victory over high-flying Worcestershire in a one-sided contest at the Ageas Bowl.

South African quick Abbot took 5-43 – his maiden List A five-wicket haul in his 109th match – as the hosts dismissed the Rapids for 176 in 39 overs before cruising to victory with 61 balls to spare thanks to 59 from Nick Gubbins.

Gubbins added 68 with opener Tom Alsop (50) for Hampshire’s third wicket as the hosts secured their second win in five games and inflicted a second defeat in five games on their opponents.

Abbott – who had taken six previous four-wicket hauls in List A cricket – dismissed Dell and Baker in the same over to reduce Worcestershire to 136-8 but skipper Joe Leach (34no off 36) helped his side add a further 40 runs from that point.

The Rapids’ total always looked well below par on a decent batting surface and so it proved, with Hampshire’s victory sealed in the 40th over of the chase when Lewis McManus hit Baker for six.