Catherine, Duchess of Cambridge and Prince William have a strong marriage and a relationship that appears to be built for the long haul. One royal editor shared in a 2014 book how he believed Kate has helped William find happiness that his parents never had. 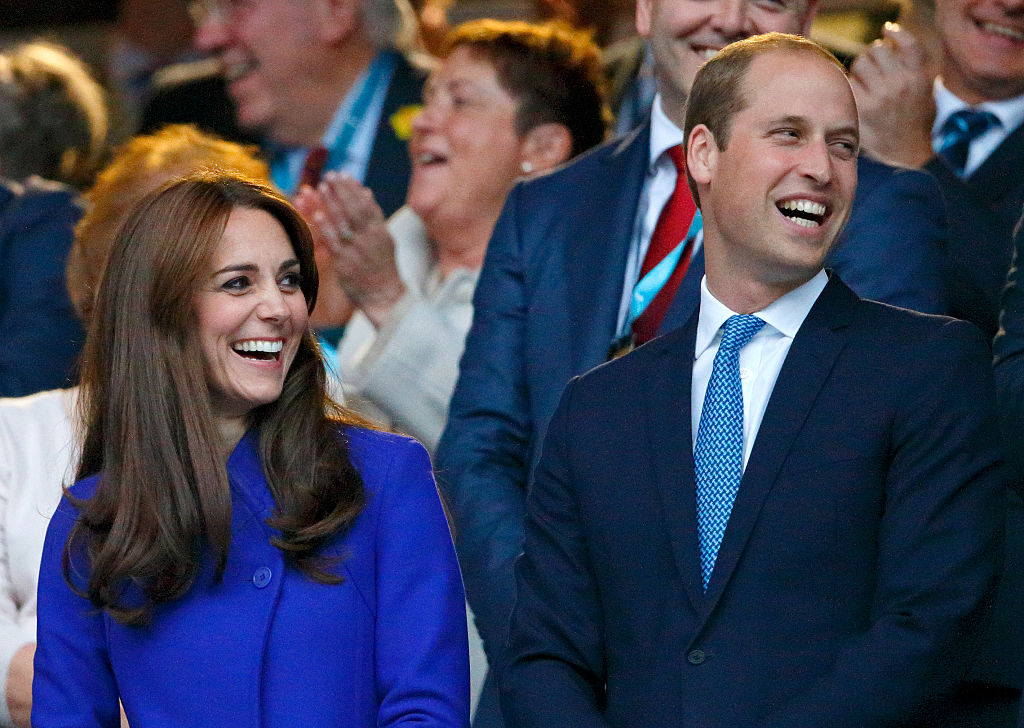 In part, it’s Kate’s sensibilities that are so perfectly suited to complement William’s royal upbringing and bring out the best in him.

“William is a young man on the cusp of embracing public life and, hopefully, securing private happiness,” royal editor Robert Jobson wrote in his book The New Royal Family, Prince George, William and Kate: The Next Generation. “He knows that his duty makes his life a sort of sacrifice to the state, but has over the past decade or so shown that he is not one to completely submerge his personal needs and wants as a result.”

Jobson wrote in his book that Prince William was “starting to find a personal equilibrium that long eluded both his mother and his father in their private and public lives.”

The author attributes that to Kate, as he shares how, in part, Prince William “has found a girl who can make sense of his conflicting character traits and the opposing demands of his life as a modern prince.”

“She keeps him in touch with a lifestyle from which, byvirtue of his HRH, he will always be one step removed,” Jobson shared.

? Joining the @galwaycircus for a spot of juggling — this year will see @Galway2020 host the European Capital of Culture on behalf of Ireland – a showcase of events highlighting the richness and diversity of Irish culture, and the country’s proud history of artistic endeavour. The Duke and Duchess of Cambridge attended a special event at Tribeton featuring several #Galway2020 acts, including Livefeed, Hoops and the Galway Community Circus, and met performers, young people and volunteers. #RoyalVisitIreland

The author shared how Kate provided a necessary balance for William

Marrying into a royal family can certainly be an overwhelmingproposition but Kate has remained a reliable constant for William. “In Kate,William has found a sensible and attractive girl who, in emotional terms,demands very little of him,” the author wrote. “For a boy who haslived through the heat of the War of the Waleses, that must seem like bliss —not least because his mother leaned so heavily on her elder son in her owntimes of need, times when William was still just a little boy.”

Jobson further shared that William “is a mass ofcontradictions,” adding, “His character is one forged in the fires of ayouth at once troubled and blessed.”

Prince William’s sensitivity, Jobson explained, had been worrisome to Diana. “He is by turns intensely sensitive — his mother often worried that he, like her, was too sensitive for the life that royalty demanded — and laddishly bullish,” Jobson wrote.

Go raibh míle maith agaibh, a chairde go léir in Éirinn ???? Thank you to all the wonderful people we met in Ireland! Swipe to see a sample of some of the lovely letters we received during #RoyalVisitIreland ? thank you to everyone that took the time to write to The Duke and Duchess. Photo © Kensington Palace

Prince William and Kate continue to have a solid relationship

As the Cambridges approach another wedding anniversary, one royal expert reflected on the status of their relationship. “Kate and William are stronger than ever,” Katie Nicholl told OK! Magazine. “They’ve been together nearly 20 years now and they’re very tuned into one another.”

Nicholl added, “Their relationship is based on mutual respect. They know when to compromise, when to back down, and when to apologize.”

Nicholl further shared how they have a balance in their relationship, with Kate being even-tempered and Prince William more “hot-headed.”

“The Duchess doesn’t tend to lose her temper — she’s usually pretty composed and measured,” Nicholl explained. “But William is famously quite hot-headed, so she knows when to give him space if he needs it.”

She continued, “Kate’s a strong woman. If she’s putting her foot down over something, which she does, William knows when to leave well alone and cave in.”