A woman has revealed how she contemplated suicide after suffering from a painkiller addiction on-and-off for 20 years on Ross Kemp’s Living With documentary series.

Sherry Flatt, from Bradford, West Yorkshire, appears on the ITV programme tonight to discuss her battle with morphine dependency.

The mother went to the doctor with a chronically painful back two decades ago following a car accident, but says she feels morphine ‘poisoned’ her life.

Sherry opens up to Ross on the programme, and says she has now finally reduced her dosage with help from a local opioid painkiller addiction service. 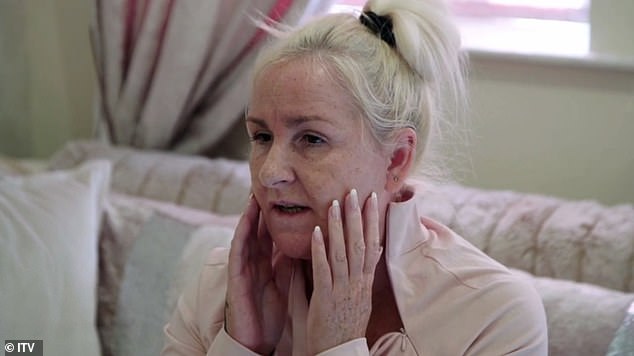 Sherry Flatt, from Bradford, reveals she felt ‘poisoned’ by her opioid addiction as she struggled for 20 years (pictured) on Ross Kemp’s Living With documentary series 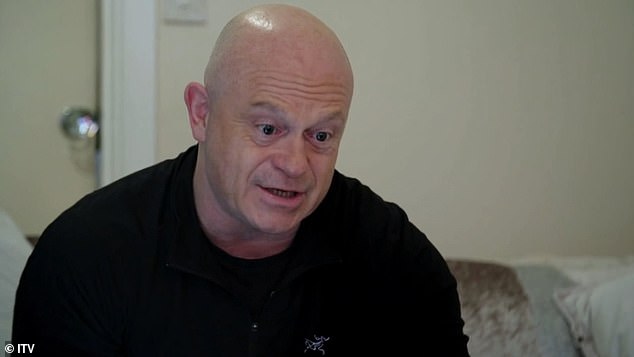 She opens up to Ross Kemp during  the ITV programme tonight at 7.30pm to discuss her battle with morphine dependency. Pictured: Ross speaking with Sherry

Speaking to Ross during his investigation into opium-derived drugs, Sherry says she knows her struggle with painkillers is damaging her, explaining that the side-effects can be extreme.

‘It’s poisoning me,’ she reveals. ‘I was itching like mad, I was tearing my skin off, especially at night-time. I would wake up and just be covered in blood.’

Ross asks if she had ever thought about not going on, and she says: ‘Yeah, I had planned what I was going to do. I was going to kill myself because I couldn’t live this life that I was living.’

But she admits that she was deterred from her plan after thinking about her children. 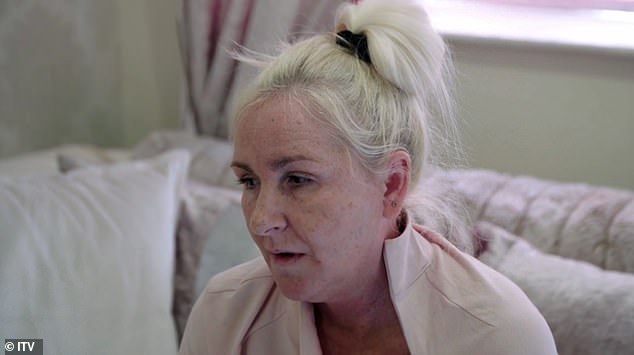 The mother (above) went to the doctor with a chronically painful back two decades ago following a car accident, but was left craving morphine so badly that she thought about ending her life to stop her addiction

Opiods produce morphine-like effects and are prescribed to treat moderate to severe pain.

They block pain signals between the brain and the body and common opioids include codeine and tramadol.

Opioids have been used effectively for the treatment cancer but in the past decade prescriptions on the NHS for long term pain have rocketed.

In 2019, an investigation from the Sunday Times found a huge rise in prescriptions of powerful painkillers and soaring addiction rates, overdoses and deaths.

The number of opioids given out by GPs has increased by 10million in the past ten years, according to the report.

It also discovered that five people are dying every day from the epidemic and opioid deaths are up by 41 per cent to around 2,000 a year.

Ross tells the camera: ‘She went to the doctors with severe pain but she was just given painkillers.  Now those painkillers turned into an opioid addiction that nearly cost her her life.

‘A life she’s fighting to get back. Sherry has managed to reduce her dosage of morphine with help from a local opioid painkiller addiction service.’

An estimated 500,000 people in Britain are addicted to prescription opioids, Ross learns during his investigation into opium-derived drugs – which are used in powerful painkillers prescribed by GPs.

He visits a specialist service for those with painkiller addiction and learns the depths of their dependency.

Michael Ritchie, who works with addicts and helps GPs safely reduce patients’ medication, says we don’t understand the scale of the issue in Britain yet.

‘It’s a hidden problem, we do know there’s a lot of people on opioid medication – just over five million people…’ he explains.

He continued: ‘I’m seeing more and more people, we can’t cope with the demand.’

Ross explores the availability and effects of fentanyl – a powerful painkiller used in cancer treatment – and finds that in certain quantities, the drug is 50 times stronger than heroin and is advertised for sale online illegally in the UK. 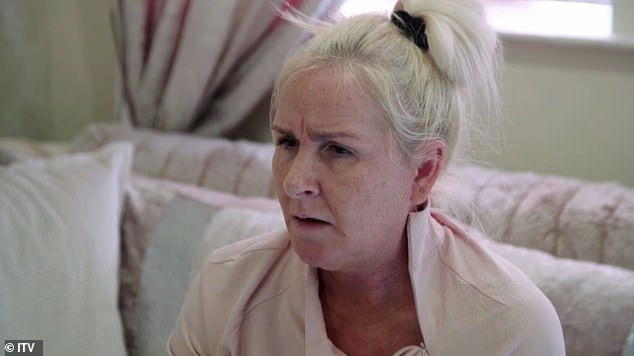 He comes face-to-face with a drug dealer who has started cutting fentanyl into his product.

The dealer tells him: ‘Fentanyl is a lot cheaper, a little bit of that, mix it with the right stuff, can take us a long way.

‘People don’t realise that, when they are taking heroin cut with fentanyl, they think it’s great heroin, but actually it’s probably not. It hits you quicker, it’s a bigger hit, and it holds on for longer.’

To explore the impact of heroin laced with fentanyl, Ross meets Brian Reed, whose daughter Lydia died aged 25 after taking the lethal cocktail without knowing its strength.

He says: ‘It was my wife’s birthday, she came for the celebration and she was sitting at the table over there, as if absolutely everything in the world was fine for her. And just about a week later, she was dead.’

If you have been affected by this story, you can call the Samaritans on 116 123 or visit www.samaritans.org.