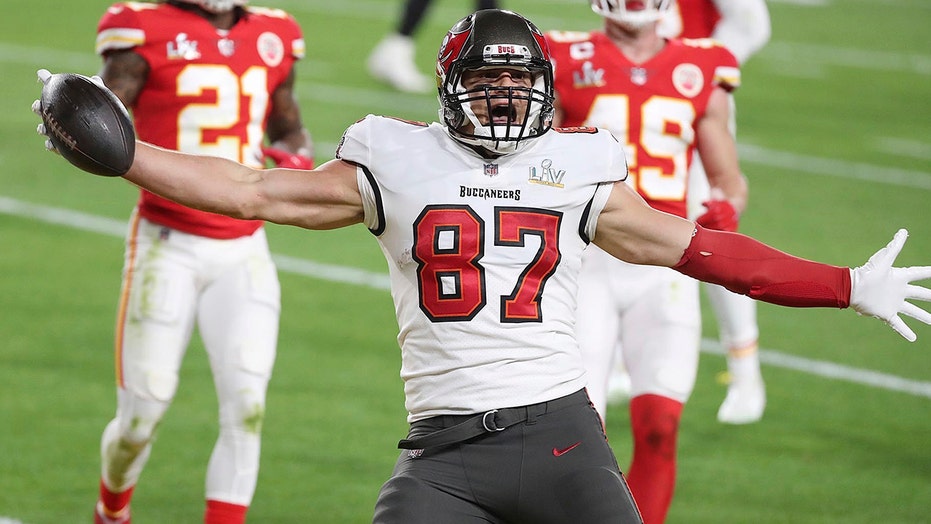 Former ‘Hercules’ star Kevin Sorbo reacts to the CDC advising against cheering during the Super Bowl.

Tampa Bay Buccaneers star Rob Gronkowski took a jab at the Kansas City Chiefs by celebrating the fan who invaded the field during Super Bowl LV on Sunday night.

Gronkowski on Tuesday, in an appearance on “The Late Late Show with James Corden,” said some of his teammates were delighted with the intruder as he came onto the field toward the end of their blowout.

“There were a couple guys on our team who were absolutely loving it,” Gronkowski said. “They were like ‘Yes! Yes! Yes!’ And I feel like that was exactly what we needed to complete the night, because the night was going so smooth. We were scoring. Our defense was dominating, everyone was playing super well, we’re up by a lot and all of a sudden here comes a streaker. And I was on the sideline like, ‘Yes, this is what we needed… this streaker’s amazing!”

“He actually scored. The Chiefs didn’t. He scored,” Gronkowski added. “They should definitely sign him.”

Yuri Andrade, 31, of Boca Raton, was identified as the man who stormed the field toward the end of the game. He was released from jail after posting a $500 bond, according to FOX35 Orlando.

Andrade appeared to be sponsoring the adult website Vitaly Uncensored on his wardrobe. It’s the same company that sponsored Kinsey Wolanski’s intrusion during a Champions League match back in June 2019.