Statins: How the drug prevents heart attacks and strokes

A study of more than 87,000 people found the longer they took statins, the more their risk fell. The risk dropped by 18 percent for those taking the pills for three months to two years. If they took them for six or more, the chances of getting the disease plunged 22 percent. The risk of dying from cancer was reduced by 33 and 39 percent if patients remained on statins for four to six years and for six or more years respectively, the researchers discovered. Study leader Dr Kai-Hang Yiu of Hong Kong University and his team looked at data from 87,102 heart failure patients admitted to hospital between 2003 and 2015.

They were followed up until they were diagnosed with cancer, died or until the end of 2018, whichever came earlier. The study reveals only a link between statins and lower cancer risk, not that statins cause a reduction.

Dr Yiu said: “Our findings should raise doctors’ awareness of the increasing cancer incidence among heart failure patients and encourage them to pay extra attention to non-cardiovascular-related outcomes.”

Around six million Britons take statins, which cost a few pence each, to reduce so-called bad cholesterol in the blood. 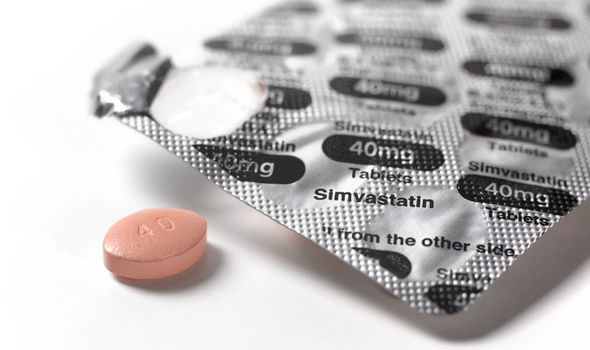 But they have also been blamed for side effects including muscle pain, fatigue, erectile dysfunction, mental fog and stomach upsets.

The National Institute for Health and Care Excellence recommends the pills should be offered to anyone with a 10 percent chance of a heart attack within 10 years. A third of all UK adults now meet the criteria for the treatment.

The study is published in the European Heart Journal.