Although his channel was originally aimed at adults, Joe’s daily exercise sessions have been enjoyed by hundreds of thousands of children during the pandemic. He has even been referred to as the “nation’s PE teacher”. The Advertising Standards Authority decided not to pursue a formal investigation following one complaint.

Barbara Crowther, from the Children’s Food Campaign, said: “Placing this ad directly before Joe’s popular children’s daily PE class is a total betrayal of his work.

“It is highly insensitive, irresponsible marketing. Children don’t need more salt, saturated fat, sugar and excess calories pushed to them during a pandemic or at any time.” 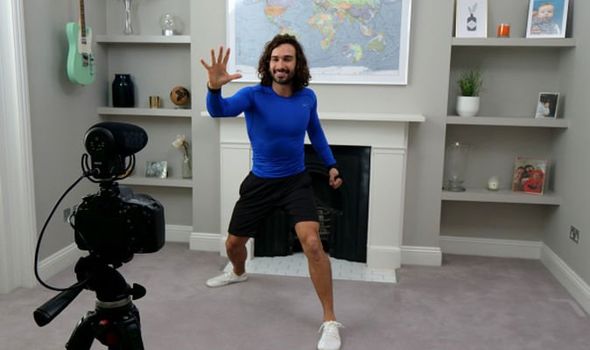 Kellogg’s said it had not intended to advertise to younger audiences. It added: “We are careful about where we place our advertising as we know we have a responsibility to act in the right way.

“Joe’s fitness channel has historically been aimed at adults which was the case when we placed our advert.

“But his audience shifted recently with the launch of ‘PE With Joe’.”