Since January, the coronavirus (COVID-19) pandemic has taken a toll on countless countries worldwide. Many people are also seeing their livelihood being severely impacted by the economic downfalls that the pandemic has caused.

As a result, Prince Charles is stepping up to help support one industry in the food business, and he is urging the British public to do the same. Read on below to find out which food Charles would like people to buy more of during this health crisis. 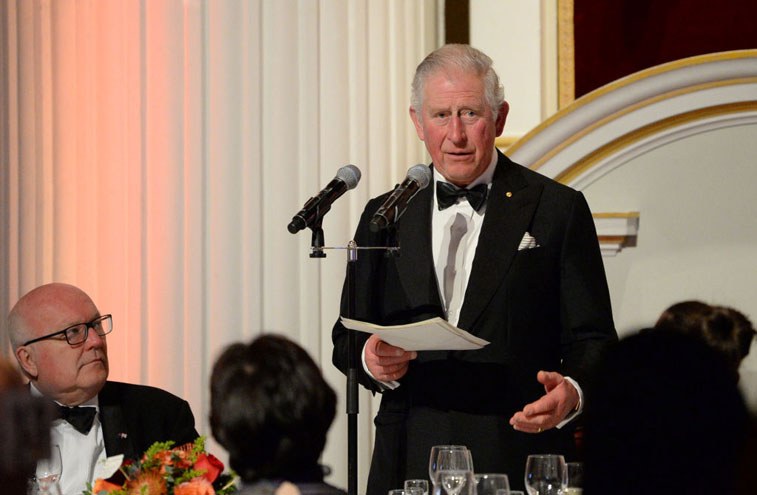 Like many folks, the royal family has been trying to dealwith the pandemic in whatever way they can. For Charles, the pandemic broughton even more difficulties when he tested positive for COVID-19 in March after“displaying mild symptoms,” a spokesperson shared with CNN.Following his diagnosis, Charles and his wife, Camilla Parker Bowles, went intoself-isolation in Scotland.

Fortunately, it seems that Charles has since recovered,though he continues to practice social distancing by working from home andlimiting contact with people outside of his household.

It has also been reported that Charles is also communicatingregularly with his mother, Queen Elizabeth, and two sons, Prince William andPrince Harry.

RELATED: Is the Public Ready for Prince Charles to Become King? (His Family Isn’t)

Aside from caring for his own health, Charles has beenshowing support for different causes during the pandemic. He recently calledattention to the British dairy industry’s struggles on social media.

“One thing that undoubtedly brings many of us great comfort is good food. It is, therefore, deeply troubling to learn that this crisis risks destroying one of the most wonderful joys in life – British cheese,” Charles said, according to Clarence House’s Instagram account.

He continued: “British cheesemakers need our support duringthis time of great uncertainty, and we can all help in the simplest way. Bysourcing British cheese from local shops and cheesemongers, and directly from producersonline, you can make a vital contribution to keeping these small businessesafloat during the prevailing crisis.”

Charles also shared with followers the recipe for CheesyBaked Eggs, a dish he enjoys. According to the Instagram post, fans canmake the dish “by using any number of our great British cheeses.”

The Prince of Wales received a wonderful welcome in Bedworth this afternoon! ? His Royal Highness was visiting the Nicholas Chamberlaine Almshouses, in his role as Patron of @thealmshouseassociation. Nicholas Chamberlaine was a 17th century rector of Bedworth, who left money in his will for almshouses to be built. The Nicholas Chamberlaine Almshouses accommodate residents in 27 sheltered housing apartments. Today over tea, His Royal Highness met residents, including Andrea who gave HRH a tour of her apartment. Before departing, His Royal Highness planted a tree in the garden to mark the visit. The Almshouses were visited in 1934 by HRH’s uncle, Edward, The Prince of Wales. The oak tree that was planted still stands today. On his final stop of the day, HRH visited @veteranscp, a local charity in Nuneaton that was created, supports and is run by veterans. The Prince met partner organisations who support the charity, including @combatstress of which The Prince has been Patron since 2003. . ? Clarence House / PA

RELATED: The 1 Food the Royal Family Never Eats While Traveling

Perhaps Charles’ message is not surprising to some people.It has been known for quite some time that he really loves cheese.

Since 1993, Charles has been a patron of the Specialty CheesemakersAssociation, which is “an alliance of cheesemakers, retailers, wholesalersand others involved with artisan cheese” in the UK.

His wife, Camilla, also once told contestants on a visit to MasterChef Australia in 2018 that herhusband cannotget enough of the dairy product. She said: “He loves, loves local cheeses.He’s a huge cheese fan, anything to do with cheese, he will love.”

Other food that Charles is known to be a fan of includeeggs, grouse, and pheasant crumble pie.