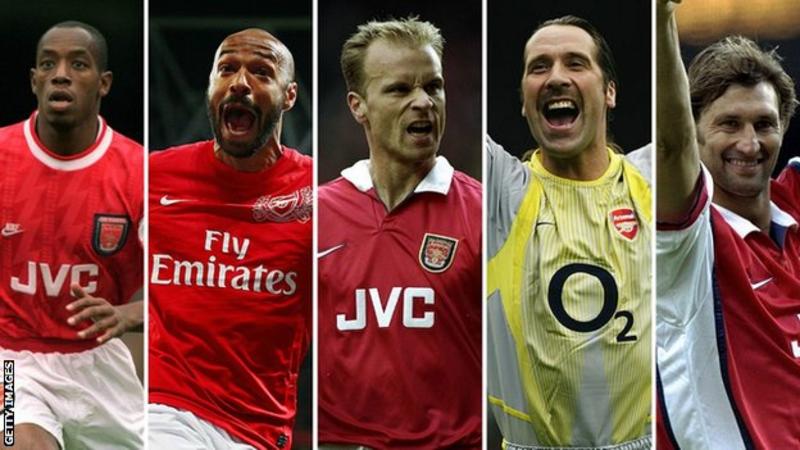 It is an exclusive club.

It is hard enough to win the Premier League once, let alone on multiple occasions, and it is something only four clubs have managed.

Arsenal, Manchester United, Manchester City and Chelsea are the only multiple Premier League winners – and now we want you to pick your ultimate title-winning team for each club, starting with Arsenal.

We are only including players who have played at least 10 times in one title-winning campaign.

Arsenal have lifted the Premier League title three times, including going the entire season unbeaten in 2003-04.

Your selections will only be counted up to 20:00 BST on Monday and the results will be revealed on Friday.