Champions League qualification is up for grabs when Leicester host Manchester United on Sunday, but who will end up in the top four?

A draw on the final day of the Premier League season will be enough for both teams if Chelsea lose to Wolves but, if the Blues win their game, then Leicester need a victory to overhaul United and claim a place at European football’s top table. 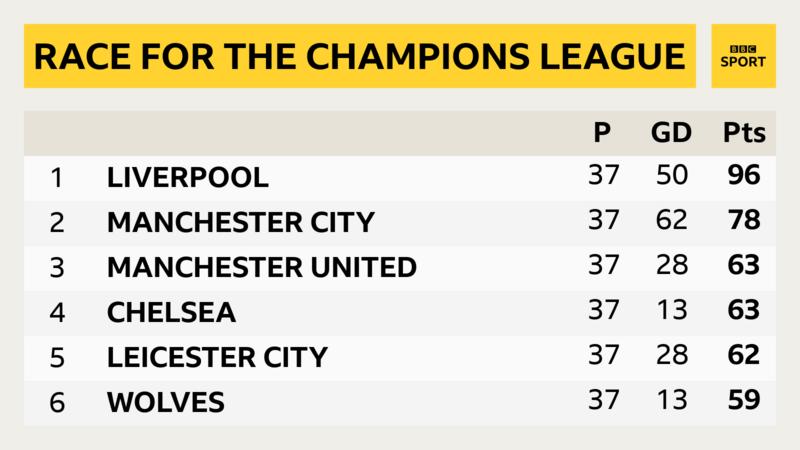 “I don’t see United being beaten,” said BBC football expert Mark Lawrenson. “Leicester were already without James Maddison and Ricardo Pereira through injury but having Caglar Soyuncu suspended is a big miss for them at the back.

“They are not the same without him. Wes Morgan has been great for the Foxes but, at 36, can he really deal with the pace of United’s front three?”

Lawro has made predictions for all 380 top-flight matches this season, against a variety of guests.

This week he is up against singer and Newcastle fan James Bay, whose new track Chew On My Heart is out now. 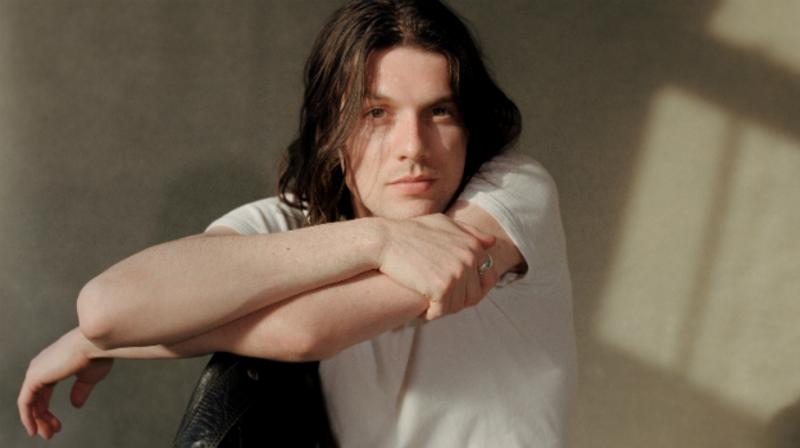 Like most Magpies supporters, Bay is waiting for news on whether a Saudi Arabia-led £300m takeover of the club will be allowed to go ahead.

“We are massively in limbo at the moment,” Bay told BBC Sport. “The fans just want someone to give us a ‘yes’ or ‘no’, and tell us whether it is happening or not.

“It is tantalising because we all know what the club would be capable of if we had ambitious owners – but all we really want is the opportunity to buy better players and that has not really been the case for the past few years.

“We already have some great talent in our squad – look at how the fans have got behind Allan Saint-Maximin this season, just as one example – and there is a hunger in so many of our players.

“I would just love for us to be able to build on that next season, to bring in bigger and better signings that will develop the team instead of just treading water again.

“We have been safe from relegation for a few weeks now, but we should be aiming for a lot more than that.

“As a fan, I am always going to think we should be in the top 10 at the very least but, for now, the difficult tale continues.

“To hear us described as a ‘sleeping giant’ is bittersweet because ‘giant’ speaks to the potential and the greatness that is under the surface – but the sleeping bit is so frustrating, because that’s the bit that carries on.” 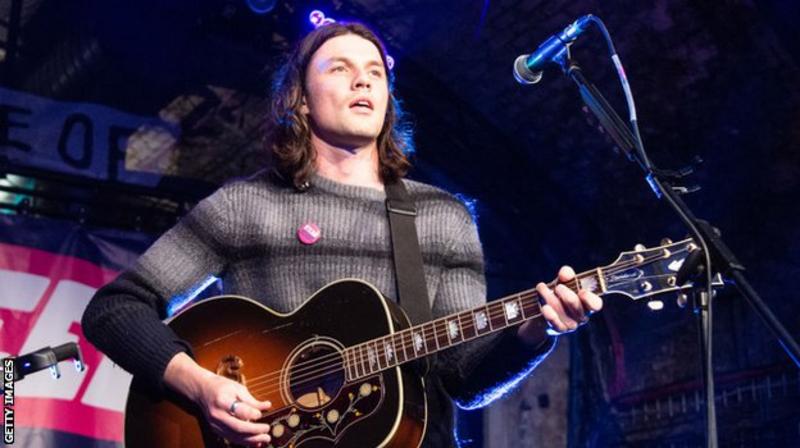 A correct result (picking a win, draw or defeat) is worth 10 points. The exact score earns 40 points. 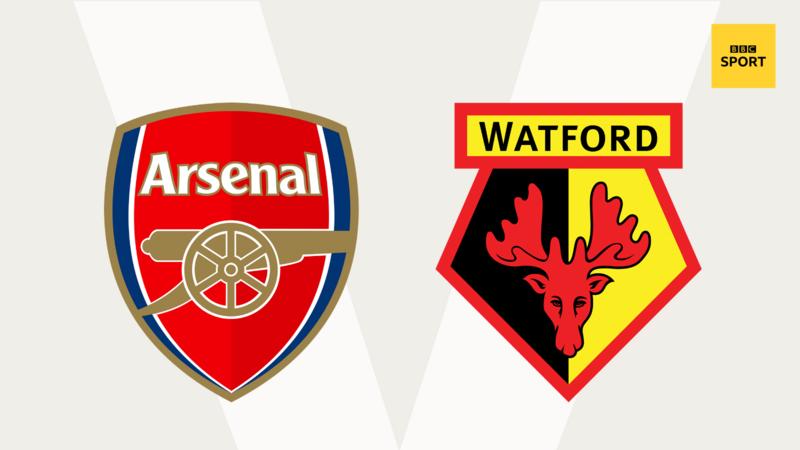 To stay up, Watford need to get a better result than whatever Aston Villa manage at West Ham, because they are level on points and their goal difference is worse by one.

I would not be surprised if the Hornets and Villa both lose on Sunday, so that goal difference could be crucial in the end. 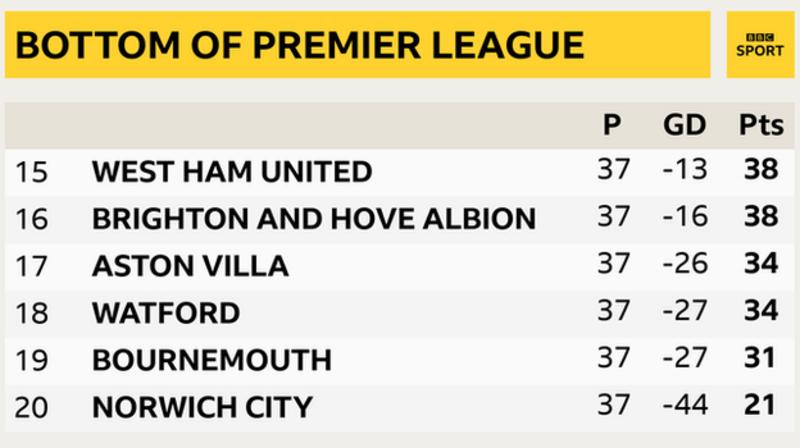 But even if their fate was in their own hands, I would not fancy Watford’s chances of beating the drop from here.

It was very telling when their goalkeeper Ben Foster described the team’s confidence as “crazy low” after they lost 4-0 to Manchester City in midweek, and I don’t see them recovering from that.

I’m sure a few of the Arsenal players remember Watford captain Troy Deeney saying the Gunners lacked ‘cojones’ after they lost to the Hornets in 2017.

They will want to beat Deeney on Sunday, just to shut him up – although he had a point at the time. They could end up relegating him too.

I just think Watford are shot now, after Nigel Pearson’s departure last week. This is a huge game for them, but they go into it at rock bottom.

James’ prediction: I live in Islington and I have a small affinity for the Gunners – I come from Hertfordshire and I knew a lot of Arsenal fans there too. I think we saw when they lost to Aston Villa on Tuesday that Arsenal cannot afford take this game lightly, and if they don’t turn up they will lose this one too. They cannot treat it like a walk in the park because I think Watford are going to come in hot. 2-1 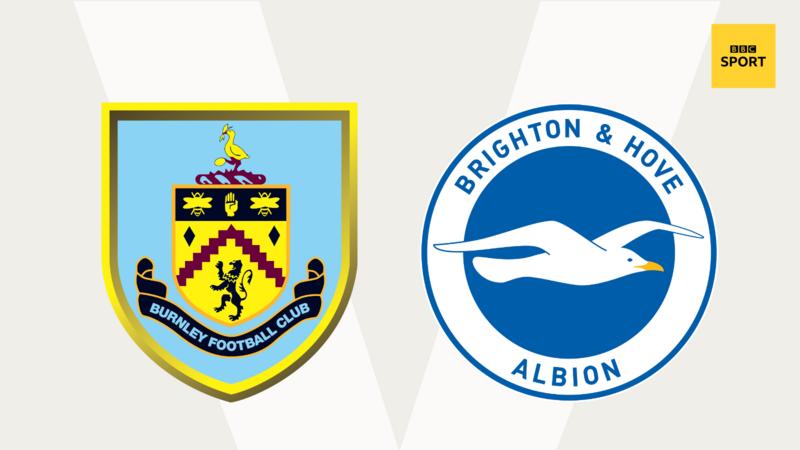 The way Burnley have finished the season has been fantastic, with four wins and three draws in their past seven games to guarantee a top-half placing.

Sean Dyche’s players could have been thinking about their holidays for a few weeks now, but instead they have been picking up result after result. It’s very impressive.

Burnley are ninth at the moment and could finish eighth if they get a better result than Sheffield United this weekend.

That extra place might earn them a bucketful of money in bonuses but, whether they have a cash incentive or not, they are playing very well and I’d expect them to carry this form on right to the end of the campaign.

Brighton have stayed up, which was their main objective. They have done well since the restart too, despite some difficult fixtures, and they have got the makings of a decent side.

A couple of clever signings before next season and they might be looking a bit higher than the bottom six. 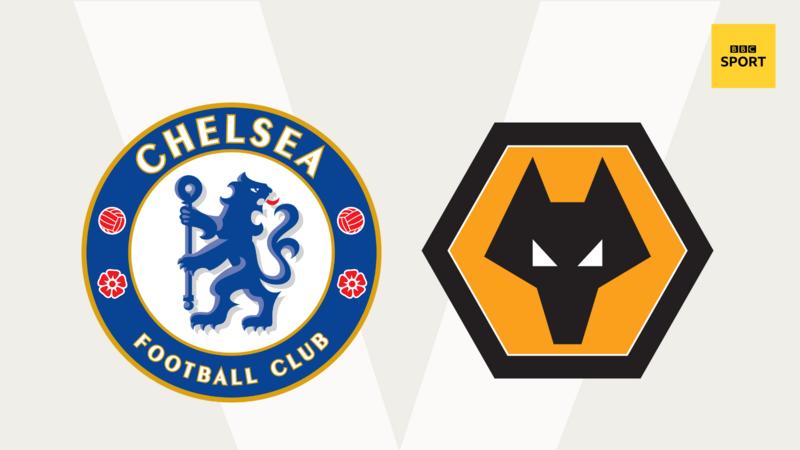 This should be a good game. Chelsea need a point to be sure of making the Champions League, while Wolves can guarantee sixth place and qualification for the Europa League if they win.

It’s Chelsea I fancy here – I don’t see Leicester getting anything out of Manchester United anyway, but Frank Lampard’s side will take care of their own business.

James’ prediction: This could be really exciting, because Wolves won’t lie down and, watching Chelsea against Liverpool on Wednesday, you could see players such as Olivier Giroud and Christian Pulisic are really up for it. 3-2 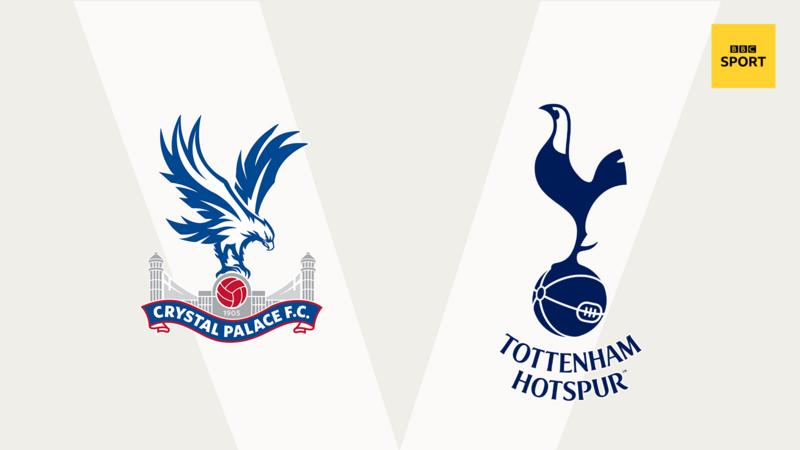 It seems a very long time ago that Crystal Palace marked their return to Premier League action in June by beating Bournemouth to move level with Tottenham in the table.

At that stage, both teams had 40 points from 30 games – but they have gone in opposite directions in the past few weeks.

The Eagles have lost all seven of their matches since then, while Spurs are finishing their season strongly and Harry Kane is scoring goals again. I’m expecting more of the same here. 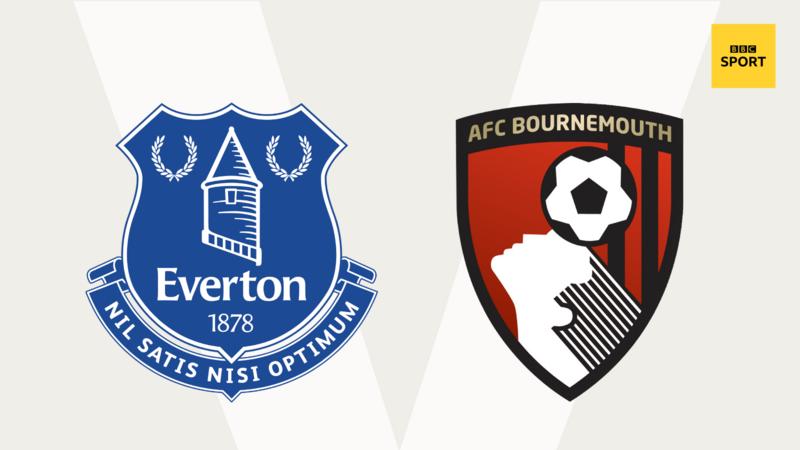 To stay up, Bournemouth need to win this game and hope Aston Villa and Watford both lose – but whatever happens elsewhere, I don’t see the Cherries getting the result they need.

In the past few days, Eddie Howe’s side showed a bit of fight to pick up points against Tottenham and Leicester, and they were unlucky to lose against Manchester City.

But they never really looked like beating Southampton last time out, and I don’t think they are good enough to beat Everton either.

I was at Bramall Lane on Monday to watch Everton beat Sheffield United and although they weren’t great, they did produce moments of quality when it mattered. 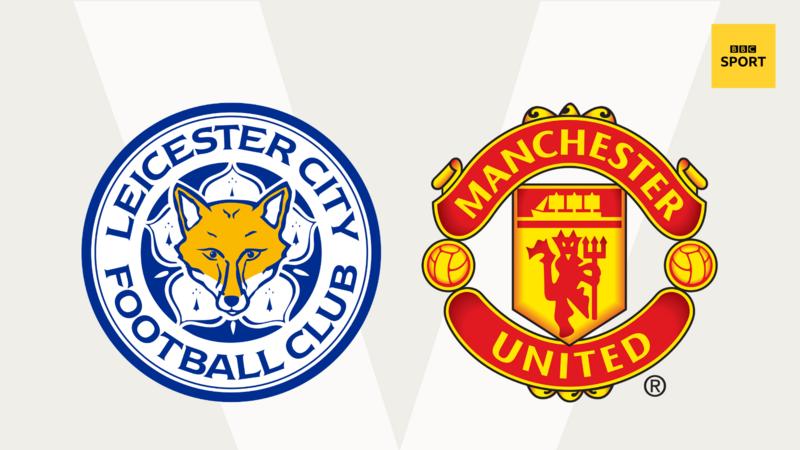 United don’t need a win to make the top four but I think they will get one – they are definitely playing Leicester at the right time.

James’ prediction: I want to see Leicester fight for the top four but I just think United are in a good place at the moment. What happens could depend on whether United keeper David de Gea has another nightmare or not, though. 1-1 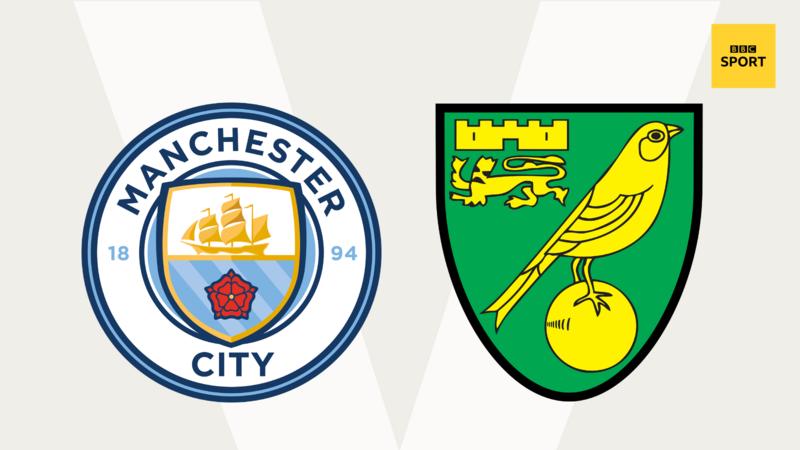 I can see some goals in this one – unfortunately for Norwich, they will all come from Manchester City. It is just a case of how many, really.

I’ll be interested to see what team Pep Guardiola puts out, because City’s Champions League quarter-final against Real Madrid is almost two weeks away.

I don’t think it will make a difference to the outcome of this game if he decides to rest people because their squad is so strong – it’s more about how Pep will try to keep his players sharp before they face Real, so he might use this game for that purpose. 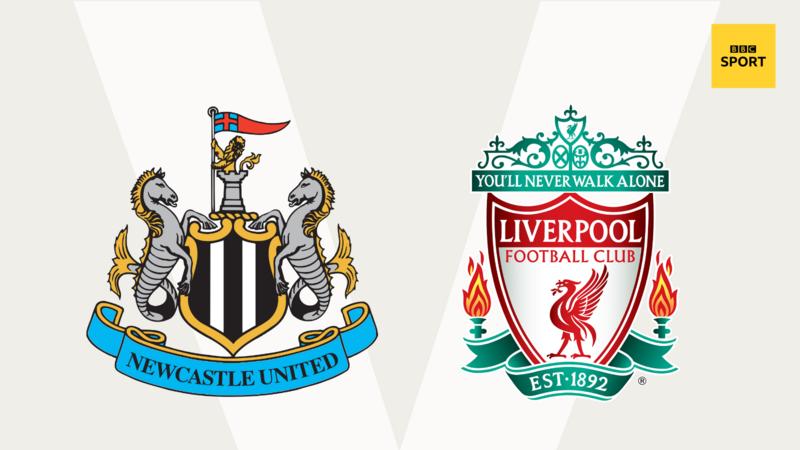 Newcastle have not won for a while now and have taken only two points from their past five games.

I don’t see their fortunes changing here, although it will help them if Reds boss Jurgen Klopp makes some changes.

Klopp is entitled to play whoever he wants in this one because his side’s work is done and the outcome does not affect any issues at the top or bottom of the table.

He picked his regulars when they beat Chelsea before collecting the Premier League trophy on Wednesday, so I would not be surprised if he rests a few at St James’ Park.

Klopp gets my manager of the year award, not just because he has won the league, but because of the way he won it after what happened last season – when they lost out by a point. To win the title with seven games to go was a fabulous achievement.

James’ prediction: I’m going to hope that Liverpool are kind to us. 0-3 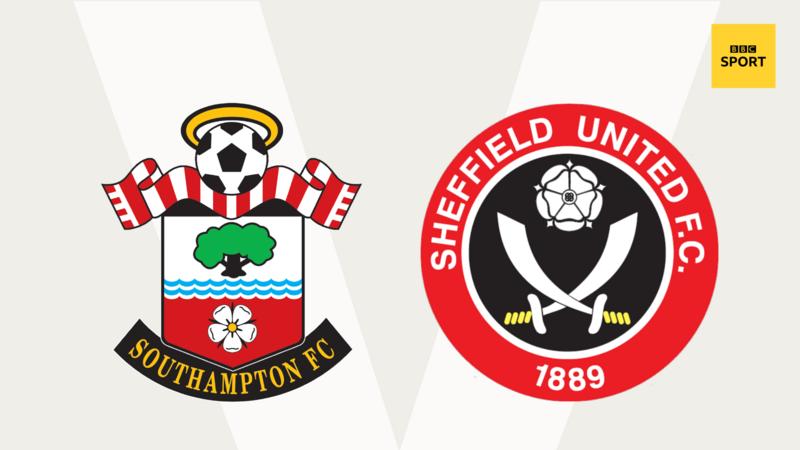 As I say, Klopp is my manager of the year – but Sheffield United boss Chris Wilder is not far back down the road.

Wilder has done brilliantly in the Blades’ first season back in the top flight, and there are some similarities in the way he has got his success because, like Klopp, several of his players have played under him for quite a while.

It’s Southampton I fancy here, though. They have put together a nice run of results and Danny Ings keeps getting goals – he will not want this season to end.

In contrast, I watched Sheffield United play Everton on Monday and I just could not see them scoring – they looked like they had hit the wall too.

Mind you, they have proved me wrong plenty of times already this season, so maybe they will do it again on the final day. 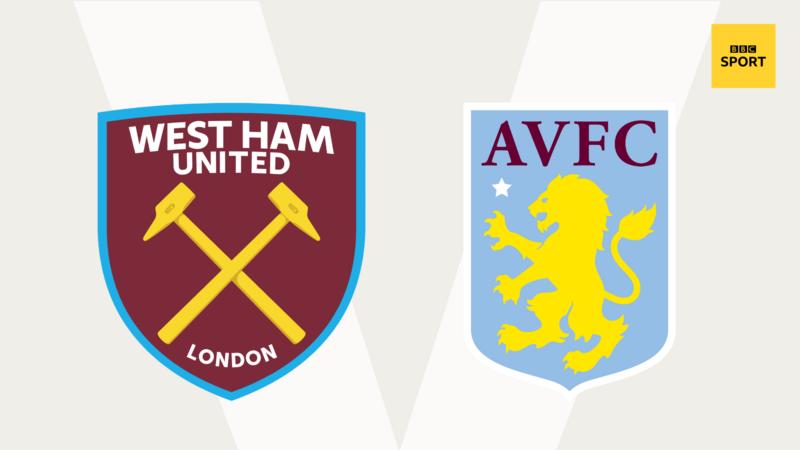 West Ham are totally safe after Wednesday’s draw at Old Trafford, but I always felt they were a better team than their league position suggests.

Villa have already shown they are up for a scrap but the Hammers are playing really well and are full of confidence.

The way I see it going, Dean Smith’s side will need other results to go their way to stay out of the bottom three – but Watford and Bournemouth will fall short so they will survive, maybe even on goal difference.

James’ prediction: A very good friend of mine is a Villa fan so I hope they get this. They are going to park the bus after an early goal. 0-1

How did Lawro do last time?

From the last round of 10 Premier League games, that ran from Saturday to Wednesday, Lawro got six correct results, including two exact scores, for a total of 120 points.

That meant he beat Doves frontman and Manchester City supporter Jimi Goodwin, who got four correct results, including two correct scores, for a total of 100 points.

And he also outscored Future Islands frontman Samuel T Herring, who got one correct result from the seven midweek games he made a prediction for, meaning he is – slightly unfairly – bottom of our guest leaderboard for the season with a score of 10 points.

“He’s an Everton fan, so I don’t feel that sorry for him,” said Lawro.