Goosebumps! Pregnant woman is left terrified after seeing a ‘shadowy figure’ at the end of the bed while she tried to film her moving baby bump

A mother-to-be got the shock of her life after spotting a ‘shadowy figure’ at the end of her bed while she was trying to film her moving baby bump.

Taking to Reddit, the sister of the pregnant woman in question, believed to be from the UK, posted the creepy footage and penned: ‘Was wondering what everyone’s thoughts are on this.’

‘It happens at the end and this is a video my pregnant little sister took originally because the baby was moving and she thought her kitty was crying because his companion had just had to be put down.’

In the unnerving clip, captioned ‘My heart is actually breaking,’ the woman, who was house sitting for a week, can be seen filming her bump with just a cat and dog for company – or so she thought.

However, when the short clip ends, a small figure seems to appear at the foot of the bed. 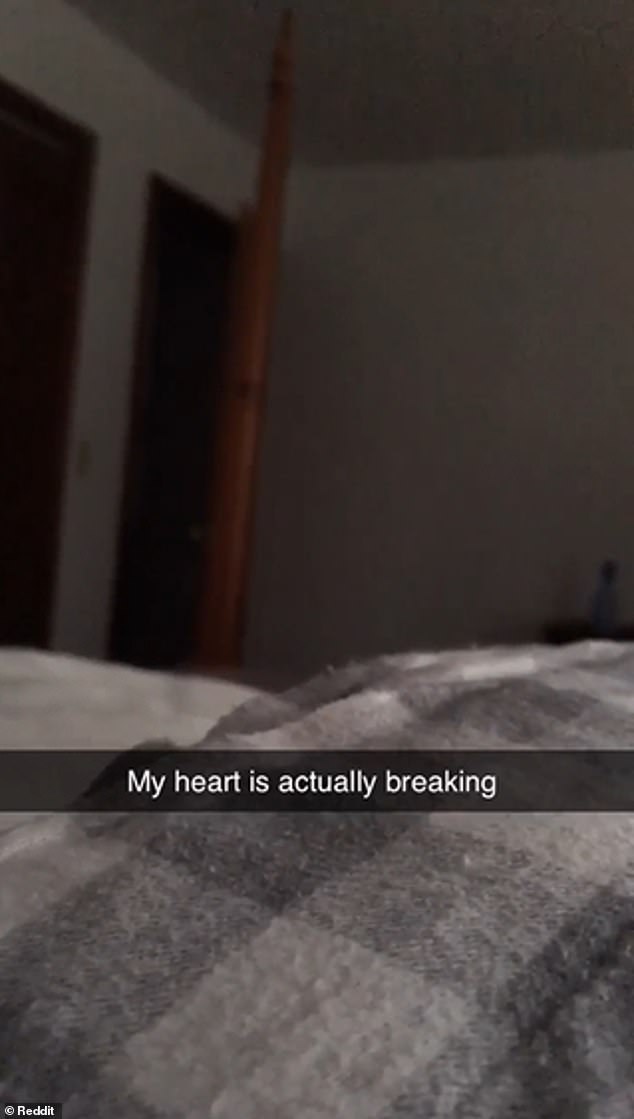 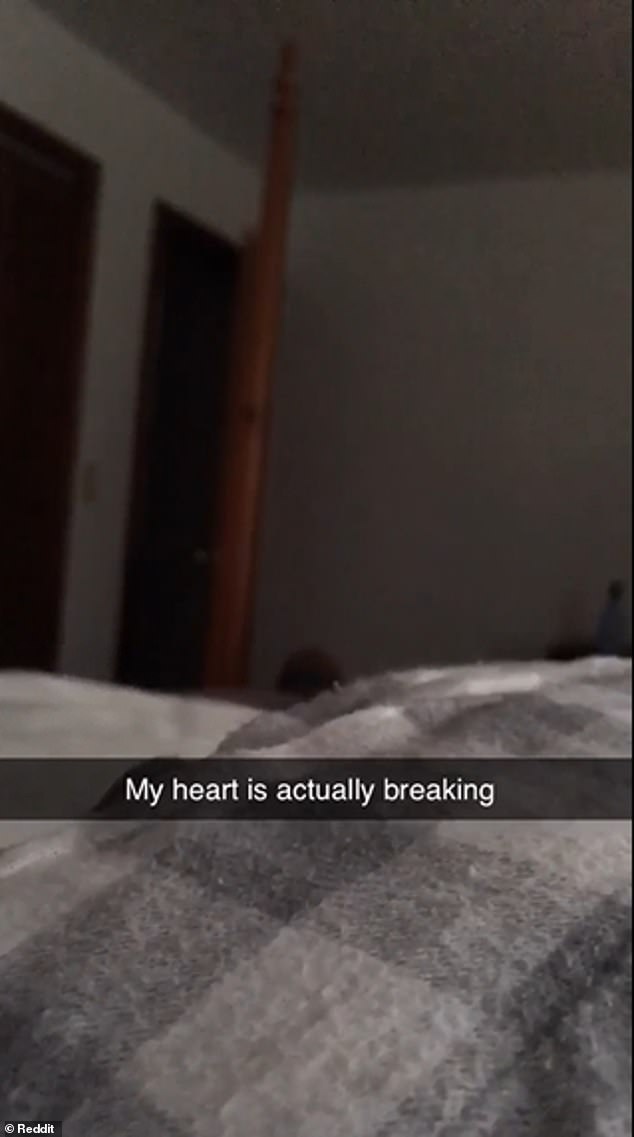 As the video, captioned ‘My heart is breaking’ comes to an end, a creepy, shadowy figure appears at the end of the bed (pictured)

And when one social media user asked whether the pregnant lady had any other children who could be poking their head up at the end of the bed, the sister replied:

‘Nope, she has no other children and was alone. Both the cat and dog are white so it would’ve been clear if it was them. She didn’t even see the shadow thing until she watched the snap back.’

The sister when to to explain that while no other paranormal activities took place while she was staying in the house, the eight-month pregnant woman said ‘the whole time the house felt heavy and like someone was watching her.’

Many were taken aback by the Snapchat footage and admitted they got ‘really bad vibes’ from the video and were left struggling to sleep.

Taking to Reddit, the sister of the pregnant woman shared the unnerving video and asked: ‘Was wondering what everyone’s thoughts are on this?’ (pictured) 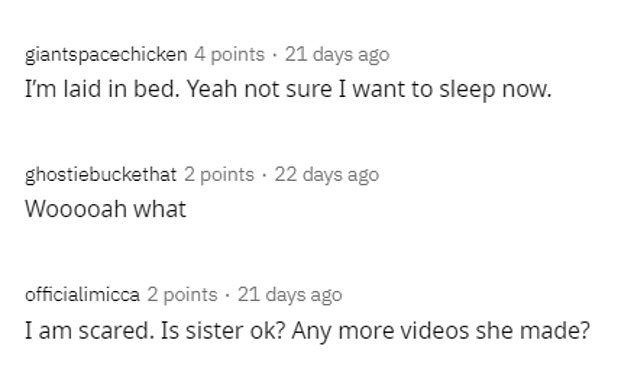 ‘Oh! Heck no! I’m glad to hear your sister is ok and not in that house anymore. I got really bad vibes from this video,’ wrote one, while a second penned:

‘Hm I didn’t notice it at first, but now that I have, I wish I hadn’t. That’s creepy as hell.’

A third admitted: ‘That gave me the chills, I was too distracted by the cats meowing to even notice it the first time watching it. Do you think it may have been any of your sister’s pets?’

Meanwhile, a fourth added: ‘I’m pregnant ant laying in bed in the dark. This gave me hard-core chills! Thank everything I don’t have a cat!’