Two heavily pregnant mums from Queensland have given birth hours after their dramatic rescues in rising floodwaters as Australia’s east coast battles a once-in-a-lifetime natural disaster.

Brisbane mum Krystle Henry had to be kayaked to dry land from her home in Taringa on Sunday afternoon by a quick-thinking neighbour after water surrounded the home she shares with partner Matt Bridges.

An incredible photo from the rescue sees Krystle holding onto the vessel, carefully lowering herself down with an anguished look on her face and a volunteer by her side. 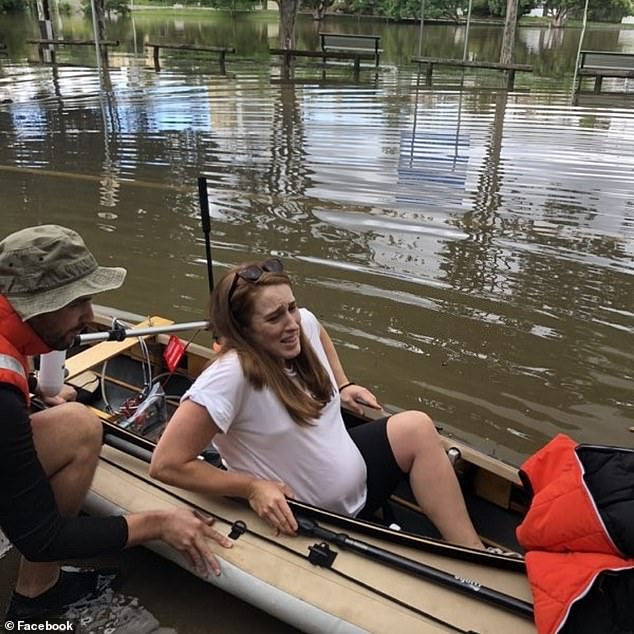 ‘I’m so glad I got to the delivery room in time. We’ve got a pandemic baby with Olive being born in 2020 and now a flood baby,’ Matt said from the hospital.

But the couple weren’t the only ones grabbling parenthood and labour while floodwaters rose, as Felicity and Alex Jacques can attest.

The couple were rescued by an SES team of responders who transported them to safety mere hours before their baby boy Andrew arrived on Tuesday.

Unbeknownst to baby Andrew, water had risen close to the top of the traffic lights near the Toowong home his parents were staying at. 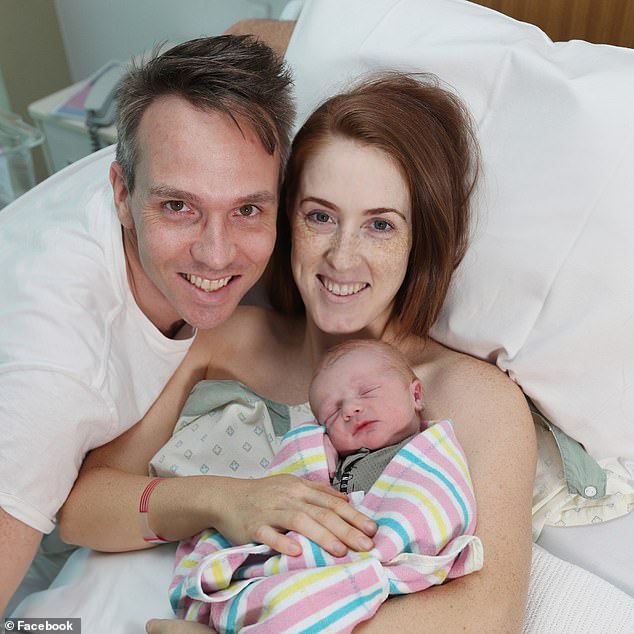 ‘I’m so relived here’s here, he definitely is a little miracle,’ Felicity said.

Half a million NSW residents have now been ordered to evacuate their homes as the city is pummelled by a huge rain bomb with another 150mm set to soak the city today.

More than 250 schools were closed on Thursday morning and road users told to take ‘extreme care’ due to dangerous conditions and fallen trees as wild weather continues to smash the state.

Severe weather warnings are in place for a huge area – spanning the NSW Mid-North Coast to the South Coast covering Newcastle, Gosford, Wollongong, Sydney and the Blue Mountains.