People who have been pregnant know the intense feeling of a craving: Never before have you been able to imagine the exact taste of a food so vividly as when you’re growing another life inside of you; and never have you needed it so badly. But one husband on Reddit is complaining that his wife’s cravings have turned her against him, resulting in a childish, hurtful fight between the parents-to-be. His story has us wondering: How much should a partner cater to a pregnant person? And does pregnancy excuse all kinds of bad behavior?

Here’s the story from a man going by the temporary user name AITAargumentoverfood: His wife has had some pretty urgent pregnancy cravings, which on occasion put him in “a somewhat unsavory position (e.g. having to drive 40 minutes at 3AM to get my wife this specific food from our home country that my in-laws had at their house because she woke me up and said she couldn’t wait at all).”

That does sound kind of extreme, and we don’t blame the husband for having what he called a “candid” conversation about her expectations of him. He makes himself seem like quite the understanding guy. Then he gets to a fight they had recently after he cooked a “pizza-like dish from our home country” and a salad for them both to share. After serving the pizza and going to the kitchen to get the salad, he returned to find the entire pizza on her plate. She said she really craved the whole thing and wanted him to take the salad instead of sharing both. He asked if he could just have one piece.

“She still refused to give me a single piece and then said something that really hurt me: ‘Honestly you should stick to salad in general anyways,’” argumentoverfood wrote. “I am not happy with my weight, and I’ve been losing weight slowly but this comment made me upset so I told her enough and took the plate.”

You could see this argument in a few different ways: Two people being petty, childish, and mean to each other; one woman using pregnancy as an excuse to bully her husband; or a husband not understanding just how much those pregnancy hormones do to a person. 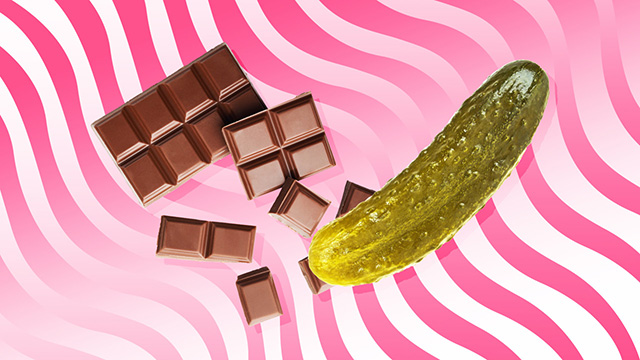 Much of the AITA subreddit, like Reddit itself, is populated by unmarried, childless men, whose opinions we don’t think are very relevant in this situation. But a few mothers did chime in with their thoughts:

“I had the worst pregnancy cravings,” NakedAndALaid wrote. “With one of my kids I would have a craving, and it would make me seriously angry if I couldn’t satisfy it right away. I’ve never felt so irrationally angry over something so small. The cravings would almost hurt if I couldn’t satisfy them. It was hell. And I still never treated my [significant other] like crap. I never made a comment about his weight, I never took food from him, I always thanked him for making me food, and I even apologized when my mood got the best of me and I snipped at him. You’re [not the asshole].”

“When I was pregnant, I also came off my bipolar meds and quit smoking, which I’m pretty sure hyped up my cravings and reactions badly,” witchyage added. “I cried at 2:30 a.m. for blueberries, BUT even with all the fuckery happening in my body, I never snapped at my [significant other] for trying to help me, nor did I take all the food. He went and got me that blueberry pie from the most expensive place (only one open), and first piece I cut went to him. I ate the rest but made sure he was good too. She’s being cruel and that is not right.”

We should point out a few facts about pregnancy cravings and mood at this point. First, the reason behind them isn’t precisely known.

“The truth is that no one truly understands why pregnancy induces food cravings in many women,” OB-GYN Felice Gersh, M.D., told SheKnows last year. “One theory is that there are survival benefits; the food craved increases the survival of mother and baby in some way.”

That may be especially true if the mother experienced morning sickness earlier in her pregnancy and needs to replenish those calories. Also, sometimes salads are unappealing to someone who has been sick recently, because raw vegetables are harder to digest.

At the same time, during pregnancy, women’s bodies get an influx of progesterone, which can cause those mood swings that may include outbursts like the one this husband describes.

We should also mention that this is just his side of the story we’re hearing as he gets things off his chest. We know nothing about what she was feeling as she went through this, or even if she subsequently apologized for her hurtful comments after he took to Reddit.

A few commenters, who are not necessarily parents, wrote that both parties were behaving poorly.

“You were [not the asshole] and totally innocent and in the right until you took the whole pizza,” monnaamis said. “Quite childish and not constructive to your case or your marriage. … Try and have a discussion about it. That is, if you are more interested in having a marriage that works, rather than keeping score of who is right and who is wrong.”

What we’re taking away from this is that everyone needs to practice a little more empathy here, because pregnancy can suck, and also fat-shaming is never called for. Resolving a heated argument like this is good preparation for the kinds of battles to come when raising a child.

One way to improve your mood during pregnancy? Get yourself some of these comfy summer shoes and sandals. 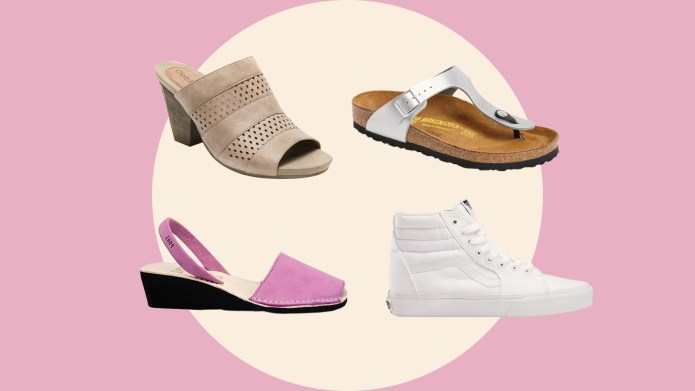 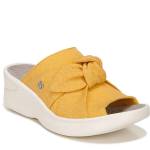 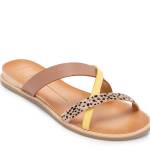 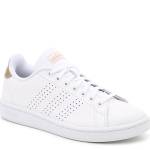 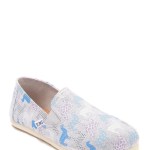