A painting by Pablo Picasso sold at auction for $67.5 million on Tuesday.

The piece, "Femme nue couchée," was painted by Picasso in 1932 and depicts his lover, Marie-Thérèse Walter, as a sea creature.

Sotheby’s, which held the auction, had previously estimated the painting would sell for more than $60 million, according to Reuters.

MARILYN MONROE’S DRESSES FROM POPULAR MOVIES UP FOR AUCTION

Reuters reported that "Femme nue couchée," which is French, translates to "Nude Reclining Woman," in English.

Marie-Thérèse Walter’s love of swimming inspired the painting, according to the outlet.

The painting was purchased by Amy Cappellazzo, who is the former head of Sotheby’s global fine art division. According to Reuters, she left the company last year. 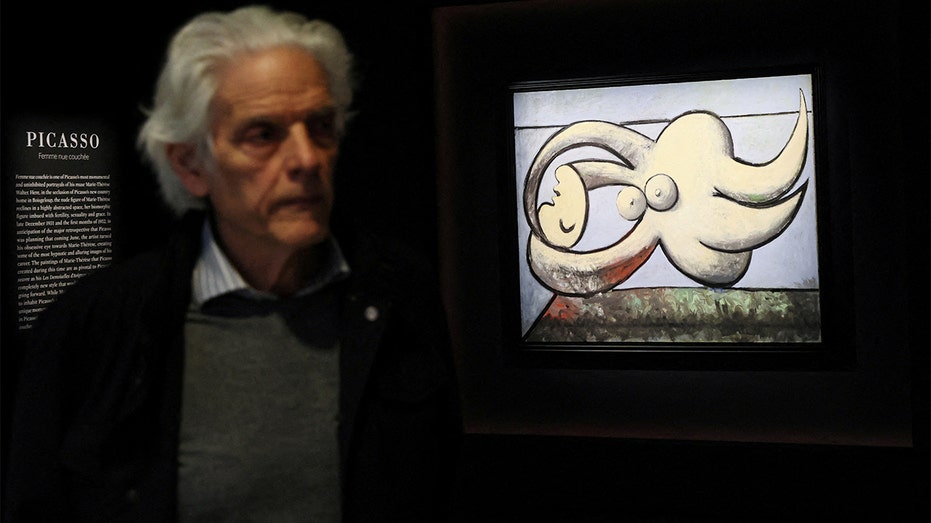 Though "Femme nue couchée" sold for what Sotheby’s estimated it would, the sale was short of other Marie-Thérèse Walter portraits, including one that sold for $103.4 million at Christie’s last year, according to Reuters.

FOX Business reported that the painting is now the most expensive American artwork sold at auction.

Christie’s held the sale last week and the auction house described the painting as "one of the rarest and most transcendent images in existence."

FOX Business’ Landon Mion and Reuters contributed to this report.