PETER WRIGHT won a first ever World Darts title in January and put it all down to his lucky festive jockstrap!

Snakebite became the fourth Scottish title hero with a sensational 7-3 win over Michael van Gerwen on New Year’s night in the final of the William Hill PDC World Darts Championship. 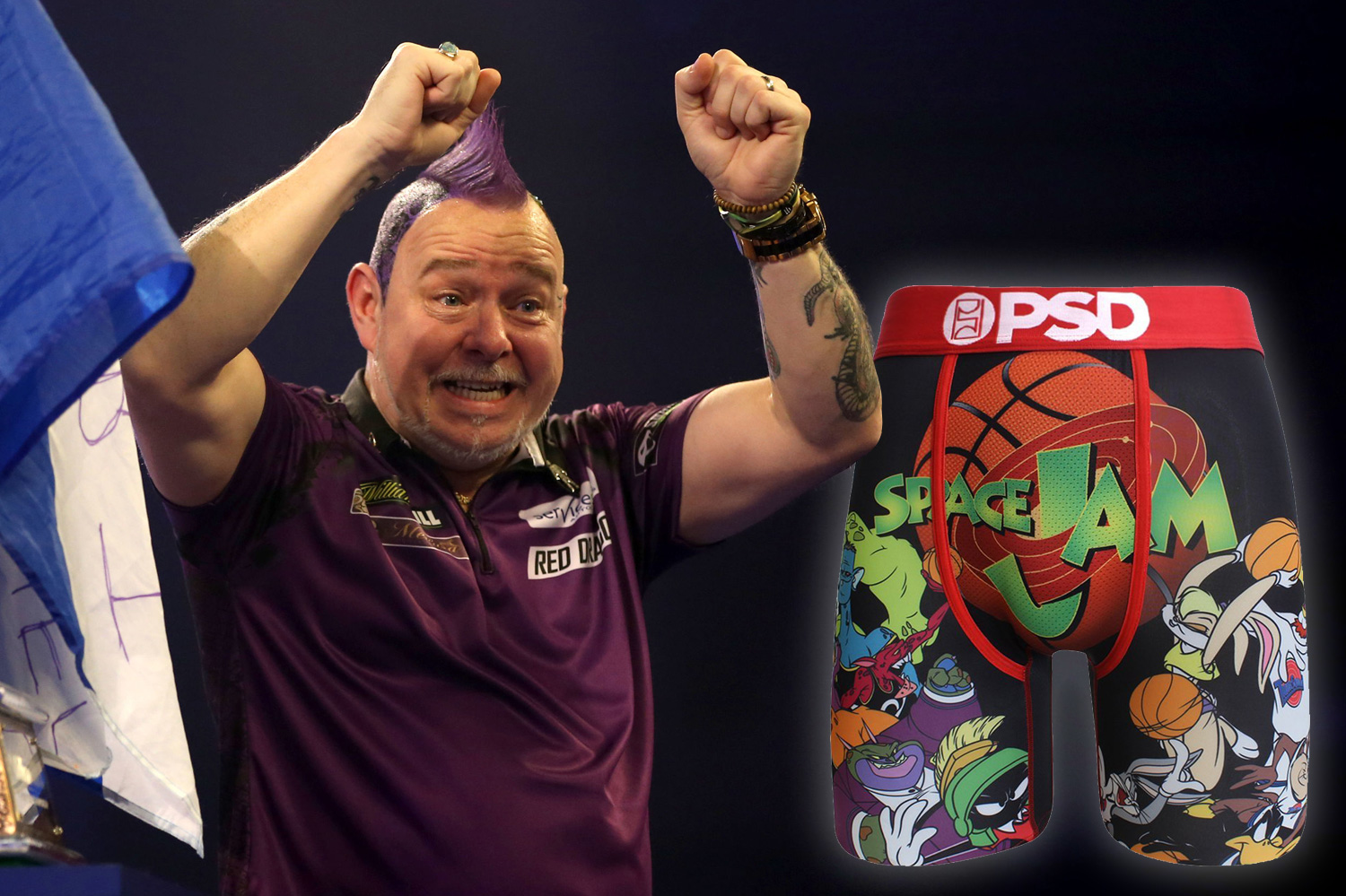 The day after his victory – which ended a run of 10 TV major final defeats to Van Gerwen – he revealed his secret weapon was his new pair of SPACE JAM pants.

Wright, 49, who showed off his radical hair transformation, joked: “My daughter Naomi bought me a pair of Space Jam pants for Christmas.

“They have a picture of a Tasmanian Devil on them to match the tattoo on my arm.

“They are definitely my lucky pants now. I also always wear odd socks but I’ll keep wearing those pants and the same darts from now on!”

The Scot – who incredibly predicted he would win – then spent the night in bed with the prized Sid Waddell trophy.

Wright, one of the nicest men on the darts circuit, was congratulated by one of his closest pals, Dion Dublin, the former England, Man Utd and Aston Villa striker.

The BBC Homes Under the Hammer presenter tweeted: “Get in there Snakebite. Champion of the world, No.1, well-deserved my friend. You smashed it.”

Meanwhile, PDC chairman Barry Hearn told SunSport that he had held informal discussions with the retired Phil Taylor about potentially coming back to the pro game.

Taylor, 59, retired two years ago but, according to Hearn, the 16-time world darts champion has said he would fancy a brief return to competitive action.

And last week he took on Raymond van Barneveld in a special virtual darts showdown which raised £15k for charity.

Told by BBC Sport about Taylor’s possible return, Wright joked; “That’s all I need. Is he on a wind-up?

“I’d quite like it if he came back. It's another champion to take on.”