OLEKSANDR USYK stole Anthony Joshua's heavyweight belts on the Brit star's home turf on Saturday night – only to give them straight back.

AJ, 31, lost his WBA (Super), IBF, WBO and IBO titles after being stunned by Usyk at the Tottenham Hotspur Stadium.

🥊 Joshua vs Usyk LIVE: Follow all the post-fight reaction 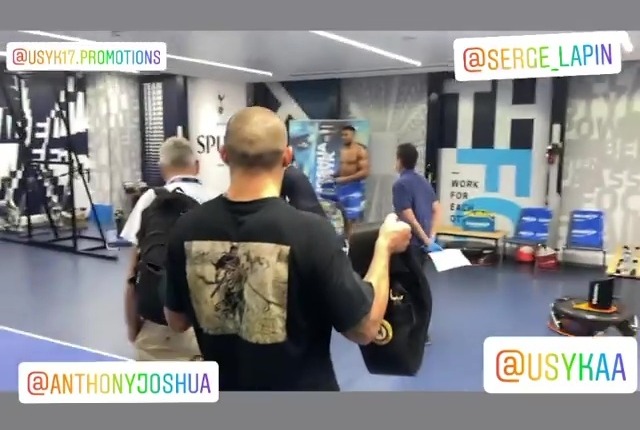 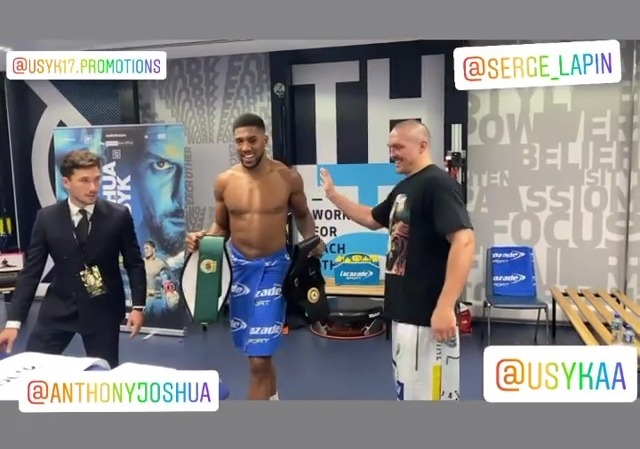 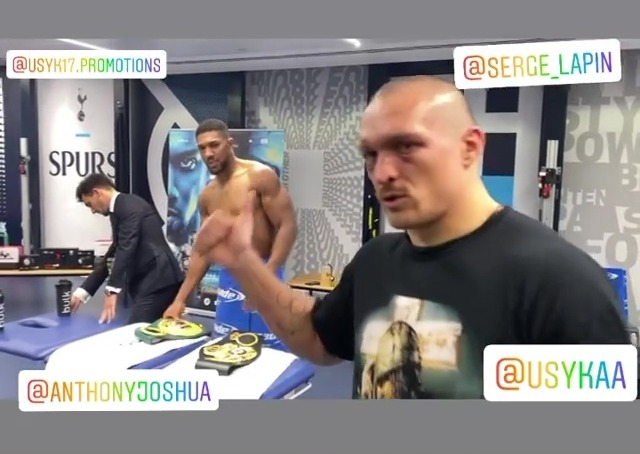 The Ukrainian, 34, looked dominant as he surged to a unanimous points win, leaving Joshua's dreams of a £500million showdown with fellow Brit Tyson Fury seemingly in tatters.

But while both fighters exchanged crunching blows in the ring, they continued to show their incredible mutual respect out of it.

After the bout, Usyk posed in the ring with his news belts after becoming the new heavyweight champion.

But the former cruiserweight immediately darted to the changing rooms to give them straight back to AJ afterwards.

Despite the loss, Joshua will get to keep the belts, with Usyk to be sent fresh ones.

And the Brit will desperately kickstart his 'road to undisputed' as he vows to fight Fury in the future.

Following his defeat, Joshua claimed: "The road to undisputed and all that stuff, it's good.

"As I said, I'll fight Tyson Fury, (Deontay) Wilder, without the belts.

"The belts are fun. It's great, it's legacy. But with or without the belts, I'll fight whoever.

"But would you still watch it, without the belts?

"That's the main thing – is you've got two competitive fighters in the ring from UK soil, that just want to go toe-to-toe."

Despite having one eye on Fury, AJ is first itching to set the record straight and wrestle back his belts from Usyk.

Asked if he planned to activate his rematch clause, a defiant Joshua roared: "100 per cent. 110 per cent.

"I'm ready to get back to training.

"Because of the 12 rounds, my lungs and everything, it was a good 12-rounder, so I'll be in a good place when I get back into training to pick up where we left off."