New York City will be discontinuing subway service between 1 a.m. and 5 a.m. to allow city workers to clean the trains every 24 hours, Gov. Andrew Cuomo announced during a Thursday press conference.

The New York City Transit Authority will be shuttering the service in an effort to curb the novel coronavirus spread in the city, including those who care for the subways – Metropolitan Transportation Authority employees and members of the New York Police Department – whose work is vital to the Big Apple. 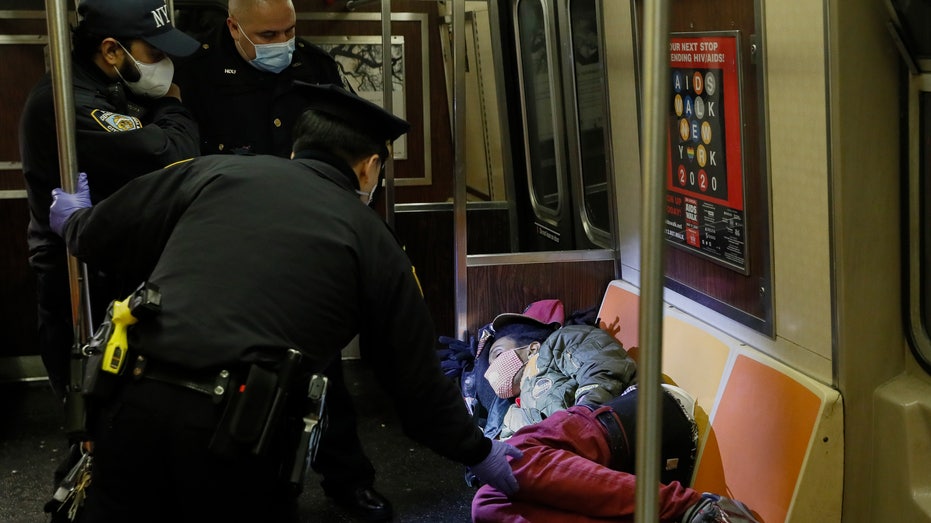 NYPD and MTA officers wake up a sleeping passenger before directing him to exit the 207th Street A-train station, on April 30, 2020, in Manhattan, New York. (AP Photo/John Minchillo)

Subway trains, which had been disinfected at least once every 72 hours, will be cleaned once every 24 hours starting May 6.

The shutdown affects the slowest part of the day for the subway system, in terms of ridership. Around 10,000 people ride the system overall during that period of time, Cuomo said.

Buses, vans and other alternative transportation will be provided at no charge for essential workers to get around while the subway system is closed. NYPD officers wake up sleeping passengers and direct them to the exits at the 207th Street A-train station, on April 30, 2020, in Manhattan, New York. (AP Photo/John Minchillo)

As of Thursday, subway ridership was down roughly 92 percent, and most of the people commuting are health care workers, first responders and other front-line workers who’ve been keeping the city running.

Cuomo said the increased cleaning is a “daunting challenge,” but vital to keeping the subways safe as it continues to be a place of high density.

Dozens of transit and NYPD employees have died of the coronavirus. Meanwhile, the system has become a haven for homeless people during the crisis. 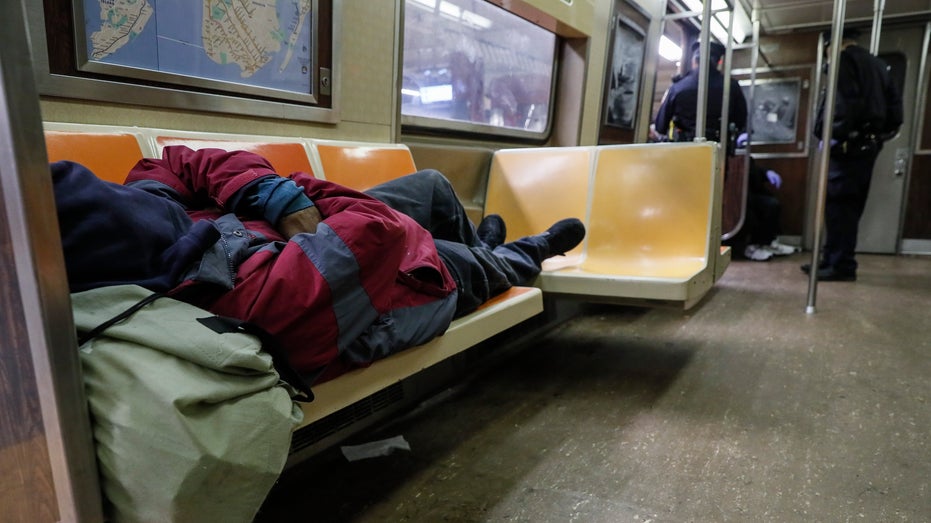 NYPD officers wake up sleeping passengers and direct them to the exits at the 207th Street A-train station, on April 30, 2020, in Manhattan, New York. (AP Photo/John Minchillo)

More than 18,000 people in the state have died from coronavirus, most of them in New York City. That total doesn't include more than 5,300 deaths in the city that were attributed to the virus on death certificates but weren’t confirmed by a lab test. 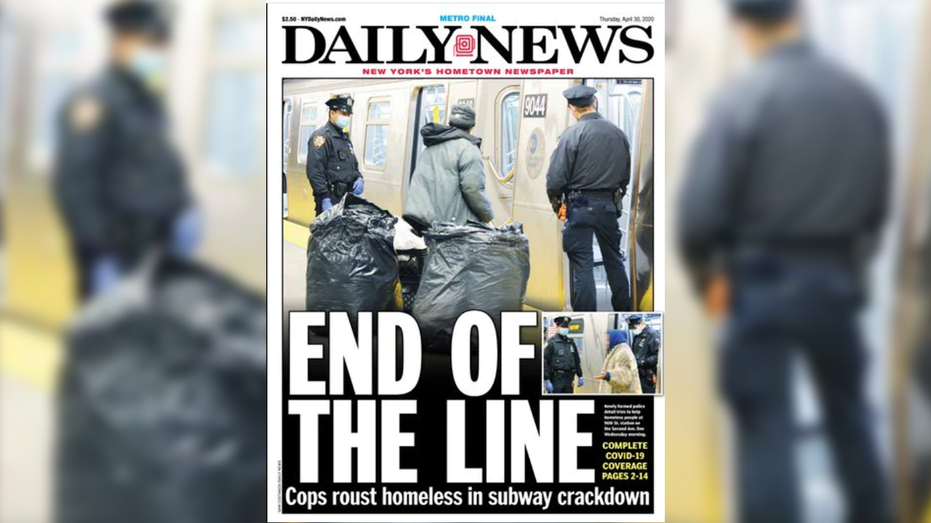 Certain subways crimes were on the rise in March, according to the MTA’s recently released April 2020 report. Data showed 51 robberies were recorded throughout the subway system, as opposed to 33 in March 2019. Burglaries on subways also increased from one incident in March 2019 to two in 2020, and there was one murder this March, as opposed to none the previous year.

Felony assault, grand larceny and rape reports, however, decreased or remained the same.

CORONAVIRUS LEAVES SOME CALLING ON TRUMP TO CLOSE NYC SUBWAYS

Last week, the Sergeants Benevolent Association, the union that represents sergeants from the New York Police Department, tweeted a violent, and apparently recent video that shows two men fighting in what appears to be a crowded subway.

Michael Fischer, president of the Central Park Civic Association, previously told FOX Business he was calling for President Trump to "intervene in his home city" and suspend subway service to prevent crime and curb “homelessness in the subways.”

In a statement emailed to FOX Business on Thursday, he emphasized he still believed no homeless individuals should be allowed to seek shelter subway cars.

“The Governor stepped in and took a long-overdue measure to preserve the safety and security of New York’s residents,” he said. “In order to guarantee the subway remains safe for riders, no homeless should be allowed to use the train cars as shelter – especially during a pandemic.”