Documentary filmmakers Kirby Dick and Amy Ziering have spent the past decade illuminating sexual abuse accusations in institutions like the military, in The Invisible War (2012); colleges, in The Hunting Ground (2015); and the music industry, in On the Record (2020). Now they have set their sights on Dylan Farrow’s decades-old sexual abuse allegations against her adoptive father, Woody Allen.

Allen v. Farrow is a four-part docuseries set to debut on Monday (fast-tracked from the US, on Foxtel and Binge) that takes viewers into Farrow’s public experience of accusing a famous and powerful man of abuse but also lays out details of the case that haven’t been shared with the public.

Initially, Farrow’s story didn’t comport with Dick and Ziering’s usual broad-based investigations, but on closer examination the filmmakers found it offered them a chance to discuss familial child abuse and incest, a topic that survivors consistently asked the two to tackle.

“I was haunted by these stories,” Ziering said. “That’s the third rail. That’s what no one talks about.”

Everybody, though, talks about Woody Allen and Mia Farrow. The one-time Hollywood power couple were together for 12 years. Never marrying and keeping separate residences, they made 13 films together, adopted two children (Dylan and Moses), and sired another (Satchel, who changed his name to Ronan after his parents split). They were the talk of the town until it all came crashing down in 1992. 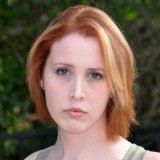 In the course of eight months, Farrow discovered naked photos of her then university-age daughter Soon-Yi Previn in Allen’s apartment; that year, 7-year-old Dylan said Allen sexually assaulted her. Those accusations led to an ugly custody fight and a family permanently torn asunder. Allen has consistently denied the accusations, and after investigations in Connecticut and New York, he was not charged with a crime.

With the media focused squarely on the scandal for so many years, Dick said he thought he knew the story and was initially reluctant to delve further. “It had been so extensively covered and a lot of our work goes into new cases,” he said. “But as we got into it, we found there was a great deal more. We pivoted because we realised the full story had never gotten out.”

The filmmakers, along with Amy Herdy, the producer who led the investigation, spent three years tracking down court documents and police reports, and conducting extensive interviews with many of the witnesses who had never before spoken to the public.

The series features home video shot by Mia Farrow as her children were growing up in Connecticut and audio she surreptitiously recorded of some conversations she had with Allen. And, for the first time, we see the videotape account from 7-year-old Dylan, shot by Farrow in the immediate wake of the accusations. The tape has become something of a hot button over the past two decades, characterised by one side as evidence of her veracity and by the other side as proof that Farrow coached her daughter in her responses. 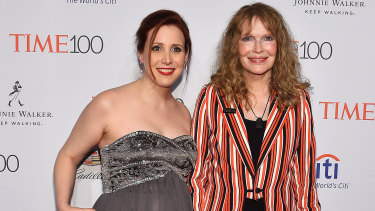 Dylan and Mia Farrow in New York in 2016. Credit:Getty

The filmmakers also raise questions about a crucial report issued by the Yale Child Sexual Abuse Clinic, at the Yale-New Haven Hospital, which found Dylan uncredible after interviewing the child nine times during a seven-month period.

Neither Allen, Soon-Yi Previn nor Moses Farrow participated in the documentary. (The majority of Farrow’s other living children did.) They declined to comment in response to the series, which they have yet to see.

I asked Dick and Ziering why they decided to get involved. Below are edited excerpts from our conversation.

Q: For so long, this story has been portrayed as a he said-she said family drama, with many people declaring, “We will never know the truth.”

Q: Since the #MeToo movement began, Allen has been ostracised in a number of ways: Amazon cancelled his multiple-picture movie deal. His latest film still hasn’t found US distribution. The first publisher of his memoir backed out. Some actors have said they won’t work with him going forward. Why put this documentary out now?

Ziering: Our objective is never about the [alleged] perpetrator. It’s more about all of us understanding these [alleged] crimes, understanding the way we are all complicit to these [alleged] crimes and I do mean all of us, both wittingly and unwittingly. It’s also about how do you talk about something that happens all the time in America and no one feels comfortable talking about? This isn’t the full exploration of that. It’s one way to get people to start thinking about that.

Dick: Like On the Record, where people got to experience what happens when a person decides to come forward and the immediate aftermath, this gets inside the experience of the people involved. That’s why it’s not just about somebody who is accused. 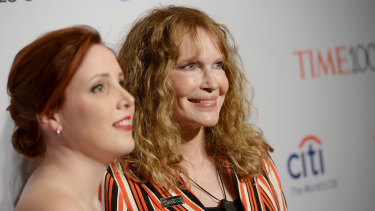 Q: Whether by the media, or by Allen himself, Farrow has long been depicted as somewhat unstable. Was that your perception of her going into this and did it change?

Dick: I just want to say that the suspicion and criticism put on mothers in general in this society is just evidence of misogyny. People like to “blame” mothers for everything. So from the beginning, I was very suspicious of that narrative because it is a misogynistic narrative – the idea of the hysterical woman, the crazy woman. That’s what is put out not only in cases of incest, which it’s put out quite frequently, but also in cases of sexual assault. Hearing that made me very, very suspicious.

Ziering: There are amazing testaments [to Farrow] and people will see the home videos Mia shot of her children throughout their lives. We got a lot of love and praise from the people we interviewed about her qualities as a mother.

Q: Was Dylan reluctant to give you the tape of her at age 7, the tape that has resided at the centre of this controversy for so long?

Ziering: It took a long time for Dylan to feel comfortable and safe sharing that video. And once she shared it, there were parameters about whether she would be OK with us actually using it. It was incremental. We are not about contributing to anyone else’s pain.

Q: At the end of the documentary, Mia says she’s still scared of Woody, actually worried about what he will do when he sees this series. Why, then, did she decide to participate? What was her objective?

Ziering: She did not want to be part of this. She did this for her daughter, Dylan. In fact, in the interview you see her in, she is in my shirt. I literally had to borrow a shirt from someone else and give her my shirt because when she showed up, she did not want to do the interview, she was so unhappy. What was she wearing? I don’t even remember.

She said, “My daughter came to me, said this is important to me and I need you to do this for me.” And she said: “I stand by my kids. I’m going to take incoming fire. I don’t know you, Amy. I don’t know Kirby. I know your work. I have been excoriated for doing nothing.”

Q: In the series, there is a lot of scrutiny placed on the Yale-New Haven clinic; from the number of times the clinicians interviewed Dylan to the fact that all the contemporaneous interview notes from those sessions were destroyed when the final report was issued. In your previous investigations into sexual abuse, have you ever seen a situation where notes like that were destroyed?

Dick: I hadn’t. It’s really shocking that notes would be destroyed but that’s one of the reasons that the full story never came out. If everything had been transparent we wouldn’t have made this series.

Q: How actively did you try to reach Soon-Yi, Moses and Woody? Did you ever get any response from any of them?

Dick: We definitely reached out. We did not expect them to speak. If we were making a film about Woody Allen’s career, he probably wouldn’t speak to us. It didn’t surprise us.

Q: Have there been any threats of lawsuits or anything else from the Allen camp as you’ve been putting this together?

Dick: No. We are always careful about fact-checking. We’ve been scrupulous about accuracy.

Ziering: As we always are. We’ve never had to have a fact retracted. It would have been an easier lift, legally, if we adapted a book or did a story about someone who is already convicted. That way, you’re not in front of a moving train. But we actually run in front of moving trains, unfortunately. So the only thing that can save us is the truth and being extremely careful. We’re not dead yet.