WWE legend The Undertaker APOLOGISED to Roman Reigns for his performance in his WWE WrestleMania 33 'retirement match'.

The Deadman suffered only his second defeat in 25 at the showpiece event and then seemingly quit. 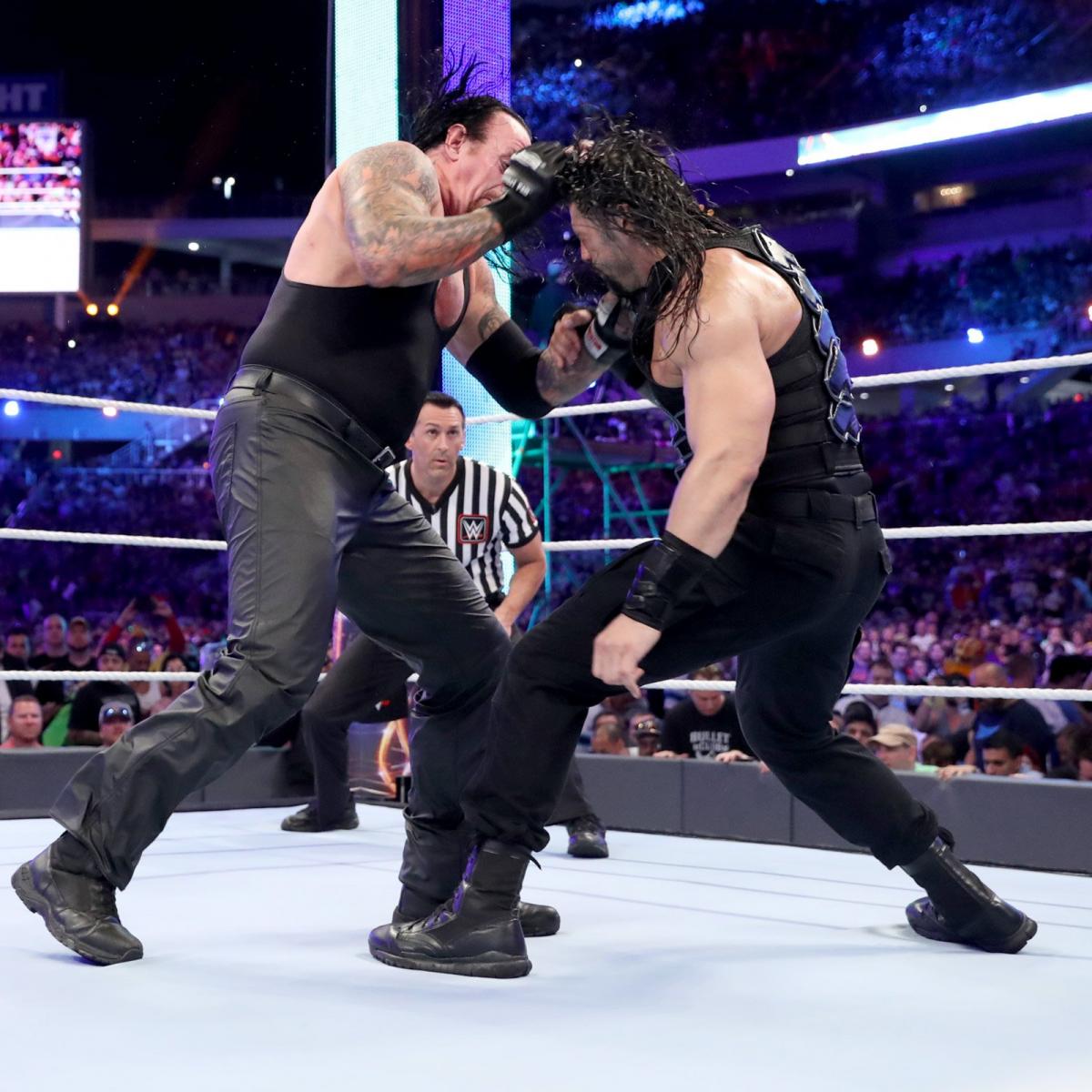 Fans were in tears as The Undertaker, real name Mark Calaway, laid down his hat and trench coat in the ring.

But of course it was a short-lived spell out – he returned at WrestleMania 34 to defeat John Cena.

It means Reigns and The Beast Brock Lesnar are the only men to have beaten The Undertaker at WrestleMania.

Now, in a preview clip for The Last Ride documentary seen by talkSPORT, The Undertaker is seen apologising for his performance to Reigns.

It came after 'Taker's triumph against Cena.

Undertaker replied: "I felt so bad about last year. I just want you to know, that bothers me."

Roman Reigns then added: No, no" before 'Taker interrupts: "I didn’t have it, you know that."

SunSport previously reported how The Undertaker admitted he was “disgusted” with his WrestleMania 33 performance against Reigns.

But the Phenom is still wrestling three years on and just last month beat AJ Styles at ‘Mania in a Boneyard Match.