There were two things I couldn’t stop thinking about as I watched Nathalie Emmanuel during a preview screening of the ninth iteration of the Fast and Furious franchise. One, her eyebrows are absolutely fabulous and two, her curls are poppin’. Black, British, beautiful, and brilliant as tech hacker Ramsey in the action series, there was a familiarity Emmanual brought to the screen. And it’s the awareness of that mirror effect she has on Black girls watching her in films that brought tears to the actress’s eyes during our interview.

“It’s always really heartwarming when someone comes up to me and they say my daughter hated her hair, she hated her skin, she hated these things about herself and she saw you and now she loves herself,” the F9: The Fast Saga star tells ESSENCE. “It literally makes me want to cry because I was that little girl so the fact that I can be that for someone else is lovely,” she adds holding back tears. Had Emmanuel, who was born in Southend-on-Sea, a resort town in England, never left the U.K. she may not have had a chance to be that representation for so many girls and women, let alone star in a Blockbuster franchise.

“The British industry hasn’t always embraced us, Emmanuel explains when asked about the welcome invasion of English talent in Hollywood. “So many Black mixed people like myself have come out to America because the opportunities just weren’t here for us. What’s happened is a lot of talent has been lost to the states.”

Acknowledging that Hollywood has its own issues with diversity, Emmanuel points out that because the film industry is bigger in America there’s more opportunity for people of different backgrounds. It was that realization, she says, that led the actress and model of Dominican, St. Lucian, and English ancestry to pursue her dream in the United States. 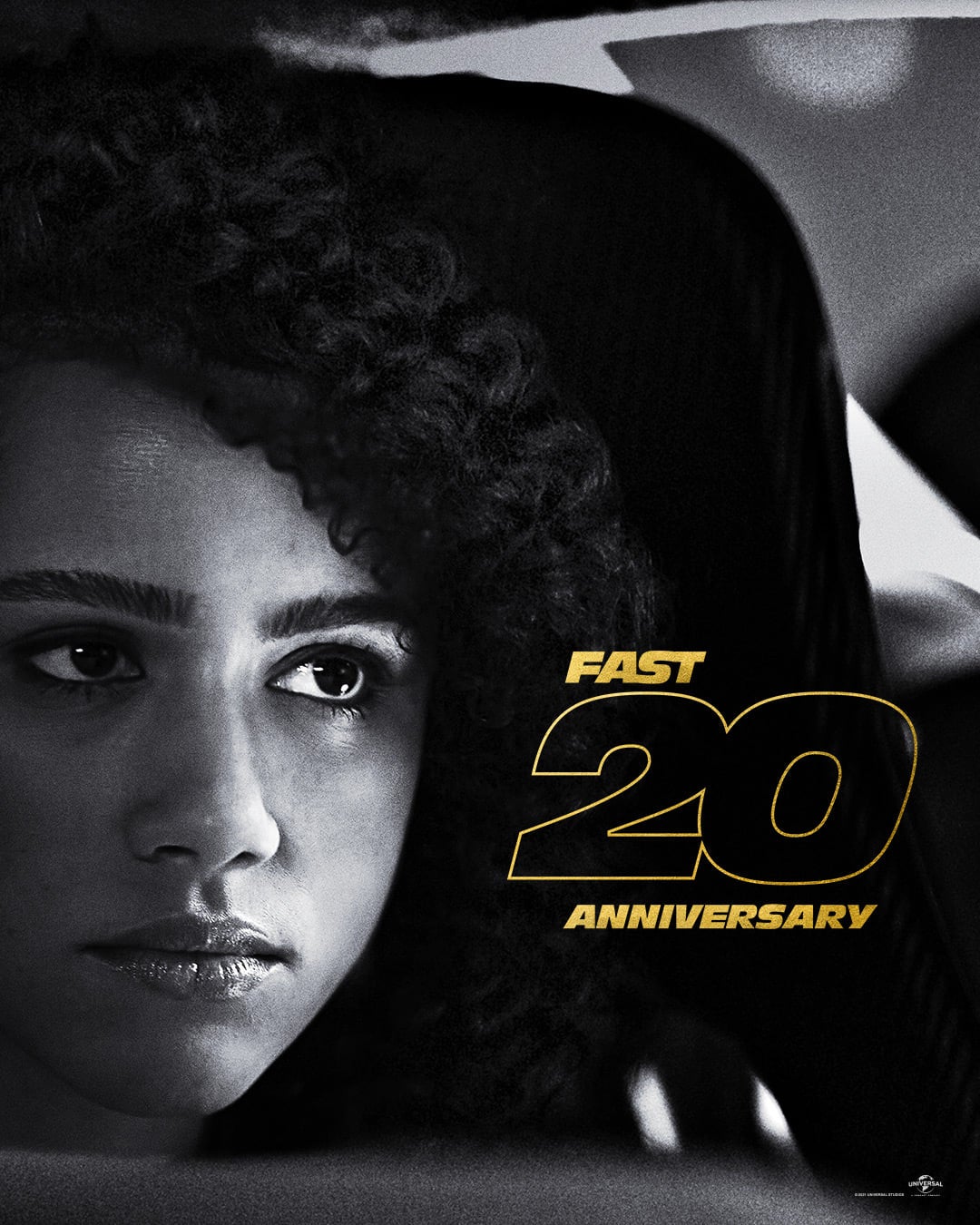 “I kind of just took a risk like I guess I’m going to try and I’m really really proud of that and the fact that the universe has decided Nathalie, this is going to happen. It’s surreal. I pinch myself regularly.”

Check out our full interview with Nathalie Emmanuel in the video above as she talks about her hairstyles in her new film, leaving her eyebrows alone, and how much she’s like her character Ramsey