NAOMI OSAKA broke down in tears and was forced to pause her first press conference following her boycott after an 'aggressive' question from a 'bully' local journalist.

The Japanese star, 23, quit he French Open in June following a refusal to speak to the media citing mental health concerns – for which she was fined £10,600. 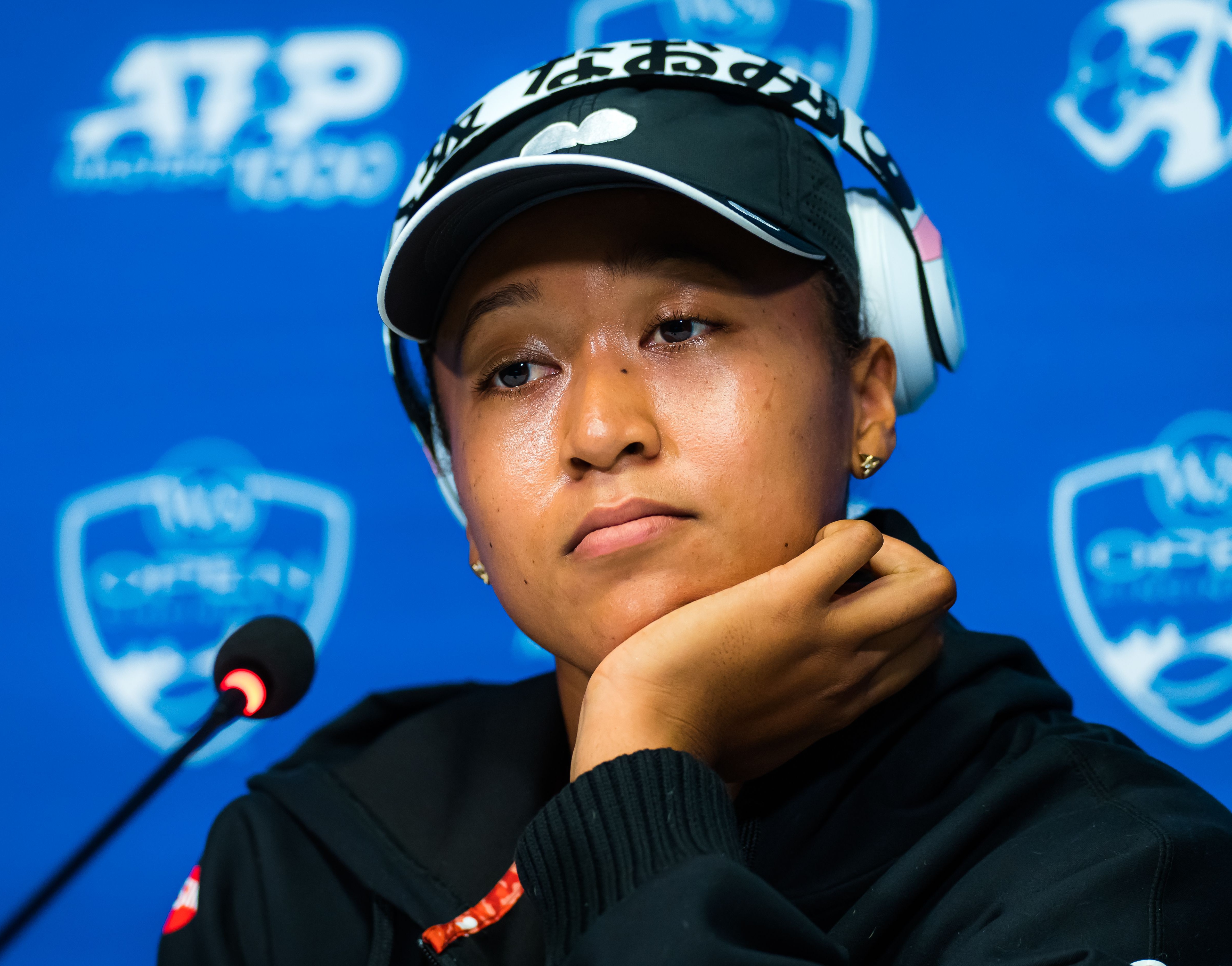 Osaka returned to tennis at the Olympics, where she was knocked out in the third round on home soil by Marketa Vondrousova.

This week, the world No2 is preparing for her return to the WTA circuit at the Western & Southern Open in Cincinnatti, USA – where she has been handed a bye into the second round.

And as she bravely faced the media for a Zoom press conference, Osaka started strongly before it was derailed by what her agent called an 'appalling bully'.

Local journalist Paul Daugherty of the Cincinnatti Enquirer asked Osaka about her dislike of the media, despite believing she used it as a platform for her outside interests.

Daugherty – a 34-year veteran of local sports journalism – asked: "You’re not crazy about dealing with us, especially in this format, yet you have a lot of outside interests that are served by having a media platform.

"I guess my question is, how do you balance the two and do you have anything you’d like to share with us about what you did say to Simone Biles?"

Osaka twice asked Daugherty to repeat the question as she pondered her reply, before saying: "I felt like it was something I needed to do.

"I felt like I holed up in my house for a couple of weeks, and I didn't know if people would be looking at me in a different way than they usually did before.

"But I think the biggest eye-opener was going to the Olympics and having other athletes come up to me and say they were really glad that I did what I did.

"After all that, I'm proud of what I did and I think it was something that needed to be done."

As the next reporter asked a question about Osaka donating prize money from the upcoming tournament to victims of the Haiti earthquake, the Japanese star began to tear up.

Osaka wiped her eyes with the sleeves of her jumper and hid her face under her cap.

The press conference moderator then announced there would be a short break to allow the tennis ace to compose herself.

Osaka did later return to finish the press conference, but her agent – Stuart Duguid – slammed Daugherty for his 'aggressive' line of questioning.

Duguid claimed: “The bully at the Cincinnati Enquirer is the epitome of why player/media relations are so fraught right now.

"Everyone on that Zoom will agree that his tone was all wrong and his sole purpose was to intimidate. Really appalling behaviour.

“And this insinuation that Naomi owes her off court success to the media is a myth – don’t be so self-indulgent.”

Another reporter at the press conference, Ben Rothenberg, backed up the suggestion of 'aggressive' questioning.

In a tweet, Rothenberg wrote: "Four Qs or so went smoothly, Naomi was doing well.

"Then someone from Cincinnati Enquirer asked her a fairly aggressively toned question about how she benefits from a high-media profile but doesn't like talking to media.

"Osaka tried to engage, but after her answer began crying.

"This was deeply frustrating. The tennis media people who know Naomi (and whom Naomi knows) had it going smoothly, and then a local reporter completely derailed it.

"The topic itself wasn't terrible, but the aggressive tone from an unfamiliar person, after Naomi had already spoken in an earlier answer about how that's what she finds difficult in press conferences, got things going completely awry."

Daugherty has since published an article about Osaka following the press conference, headlined: "Naomi Osaka is honest, thoughtful and could help many other athletes."