MORRISONS stores will stay open later from today to make it easier for customers to shop.

The supermarket confirmed the news in an update on Facebook. 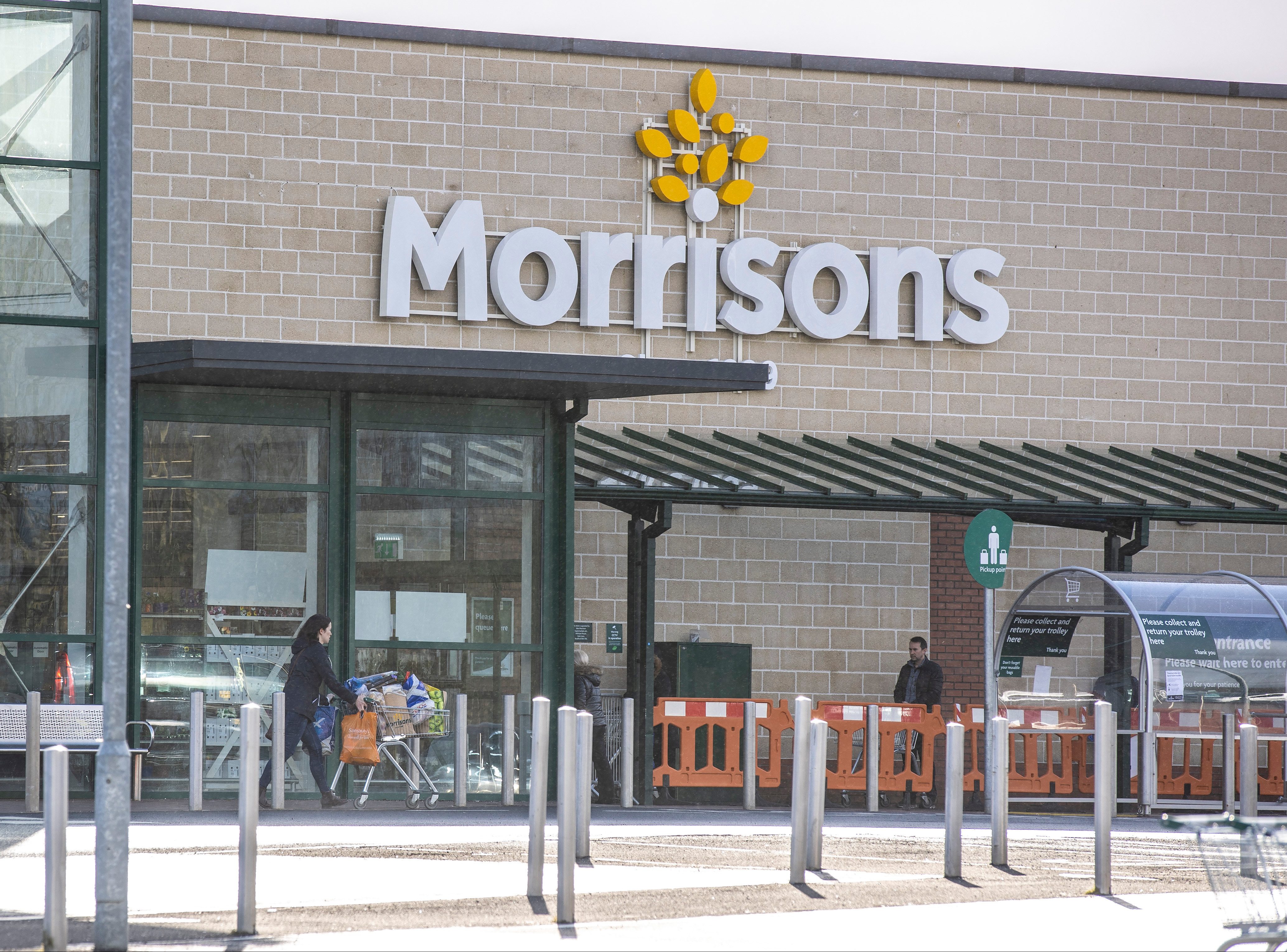 From today, April 20, the majority of Morrisons stores will open 7am to 10pm, Monday to Saturday.

This is an increase of two hours on its previous closing time of 8pm during the week.

In Scotland, stores will open 8am to 8pm on Sundays. 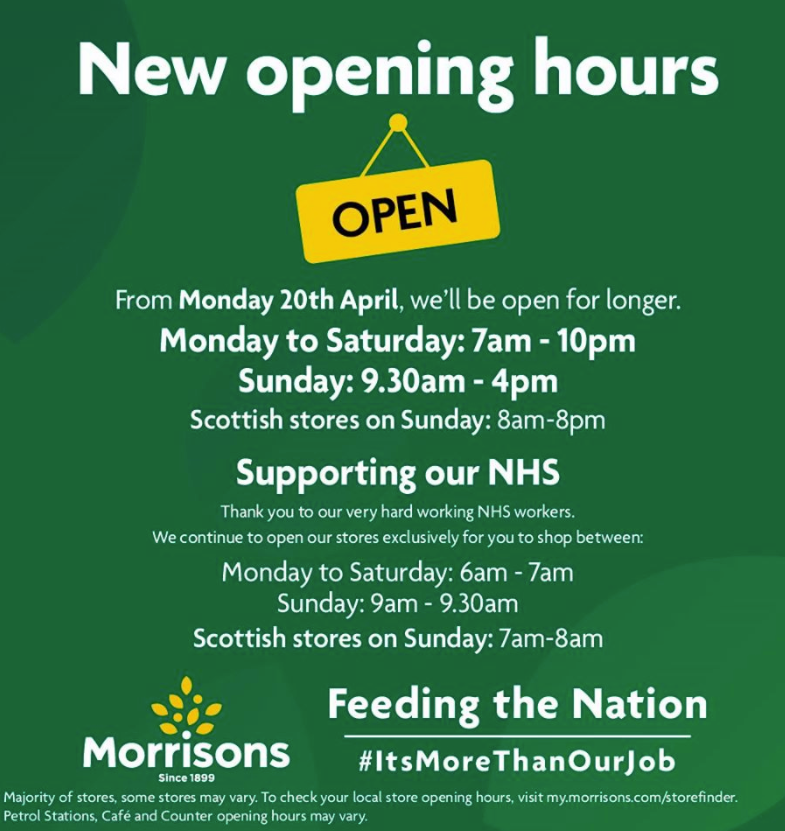 Morrisons said its NHS shopping times will still take place from 6am to 7am, Monday to Saturday, and 9am to 9.30am on Sundays – a move which sees the supermarket deliberately break Sunday trading laws to help healthcare workers.

In Scottish stores, the NHS hour will be 7am to 8am on Sunday.

Like most supermarkets, Morrisons is asking shoppers to keep a two-metre distance.

It's also operating a one in, one out, policy to help control the number of people in stores at one time.

Morrisons has lifted buying restrictions on all items, so there is currently no limits in place.

However, stores are still enforcing a one trolley per customer rule.

Shoppers may also have to queue to get into stores due to a one in, one out, system.

Previously, there were limits in place on some items at the supermarket after panic buying meant there was a shortage of products.

Customers were only able to buy three of the same items.

In a Facebook post over the weekend, Morrisons said: “Thank you for your continued support by shopping considerately and observing social distancing guidance in our stores.

“As the evenings get lighter and the stock levels on our shelves has improved, to ease congestion and make it easier to shop, from next week we will open our stores for longer.”

The supermarket had already announced it was opening stores earlier to give shoppers more chance to browse aisles.

Morrisons changed its weekday opening hour from 8am to 7am across most stores in an update last week.

Before the coronavirus epidemic, Morrisons stores opening between 6am and 7am, and shut between 9pm and 11pm.

As store hours can still vary between branches, shoppers should use the online store finder tool to double-check the opening times of their nearest shop.

Opening times of cafes and petrol stations will also be different depending on which store you're shopping in.

Morrisons has just under 500 stores in the UK.

Morrisons isn't the only supermarket to start extending its hours – Aldi has increased its operating times so customers can shop during quieter hours.

Morrisons has just unveiled a new partnership with Deliveroo where customers can get items delivered in 30 minutes.

Meanwhile, the cost of the average weekly supermarket shop has jumped by up to 10 per cent after coronavirus panic-buying saw discounts pulled.