DYNAMO KIEV boss Mircea Lucescu appeared to ask for Lionel Messi's shirt after he scored in Barcelona's 2-1 win against the Ukrainian outfit in the Champions League.

The 33-year-old opened the scoring for the Blaugrana at the Nou Camp as Ronald Koeman's side made it three wins from as many games in Group G. 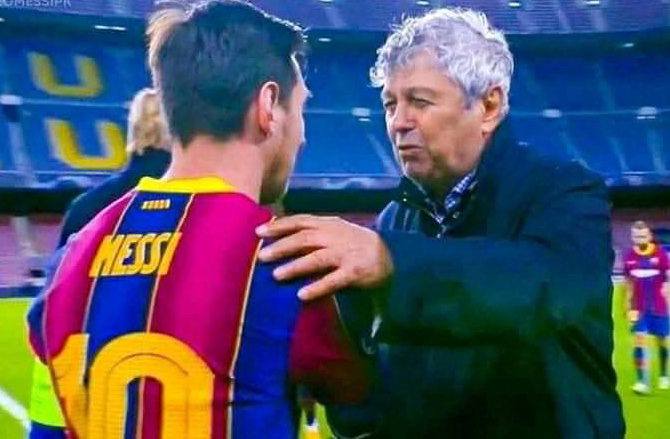 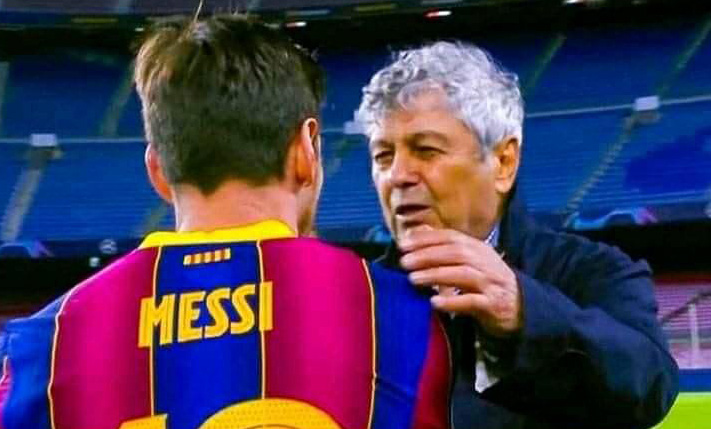 And shortly after referee Michael Oliver blew the full-time whistle, Lucescu was quick to greet the Argentine star, where he is claimed to have asked for his jersey.

Social media was sent into meltdown over the incident, as they were left stunned that a manager asked for a player's top.

Optus Sport reporter Michelle Escobar tweeted: "My favourite moment from this morning’s #UCL action has got to be Dynamo Kiev’s manager asking Messi for his jersey."

Another said: "First time I’ve ever seen a manager ask a player for his jersey."

It has been reported that due to shirt swap restrictions as a result of coronavirus, the six-time Ballon d'Or didn't give him his match-worn shirt.

However it was stated that the forward agreed to give him a fresh top from the dressing room.

Messi also found himself in hot water with fans on Twitter after a clip showed him failing to track back a player.

The four-time Champions League winner could be seen walking around the pitch as a player darted past him in search for a late equaliser.

One fan wrote: "This is the difference between Ronaldo and Messi, mentality."

Another commented: "They’re 2-1 up with seconds left, shouldn’t he be busting a gut to get back?"