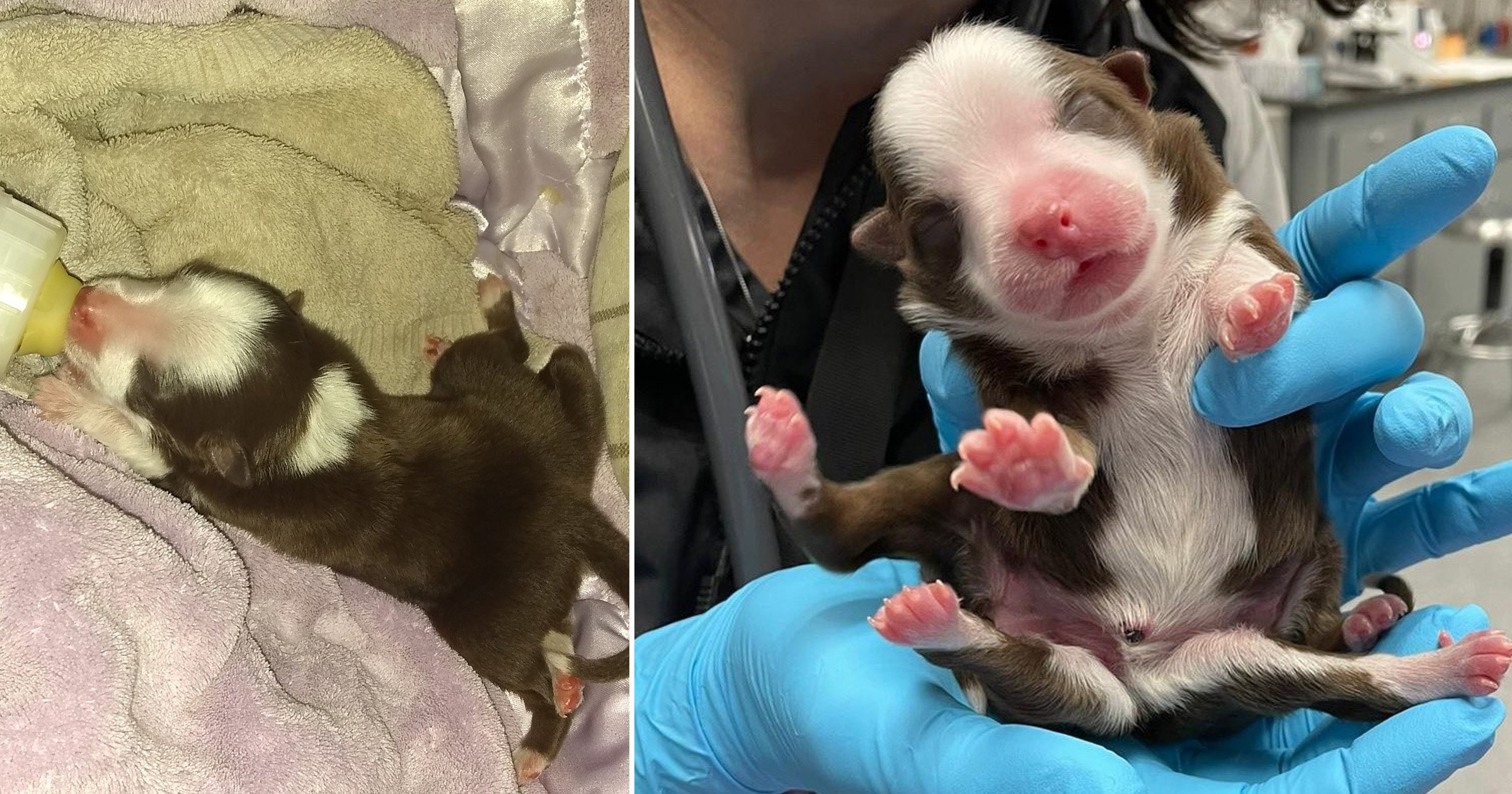 A puppy in the US has been branded a ‘miracle’ after genetic complications caused it to be born with six legs, two tails and other unique traits.

The pup, named Skipper, is an Aussie Border Collie mix that was born six days ago at Neel Veterinary Hospital in Oklahoma City.

All of Skipper’s legs can move and respond to stimulus and the vets say she is eating and growing normally.

Sadly, her mother rejected her so she is being bottle-fed. And while she appears to be doing well, the vets say Skipper may need physical therapy and mobility assistance when she gets older.

That means she has ‘one head and chest cavity but two pelvic regions, two lower urinary tracts, two reproductive systems, two tails and six legs, among other things,’ according to posts on Facebook.

She also has signs of spina bifida along her spine.

Because Skipper has been rejected by her mother and will need special care, her owners have set up a GoFundMe page to help with the costs of treatment and possible surgery.

‘She will require many vet visits and possibly future surgery to fix some issues if they arise,’ organiser Jenny Golden wrote on the page.

Skipper has gone home with her owners but the experts at Neel say they’ll continue to monitor her conditions and development ‘and help keep Skipper pain-free and comfortable for the rest of life.’

Skipper’s owners announced she is crawling around well, with her outside legs dominant and has learned to climb out of her bed.

‘She is moving well, eating well, and the potty issues have resolved,’ they posted on Facebook. ‘We are continuing to encourage her to build strength and she is pushing herself to do more.’

Skipper is the right weight for her age and hitting her development milestones.

‘She is following a path to a happy and healthy life,’ they wrote.