Eddie Hearn says he would probably like to see former heavyweight champion Mike Tyson fight again but has questioned whether boxing should be encouraging a 53-year-old to get back in the ring.

Tyson, who became the youngest heavyweight champion of all time when he beat Trevor Berbick in 1986 aged 20, caught the attention of the boxing world by posting training videos on Instagram and has said he was considering exhibition bouts to raise money for charity.

“I would probably like to see it but … is it a bit irresponsible to let a 53-year-old legend back in the ring?” Hearn told British Boxing Television.

“I had a message from someone saying they wanted to talk to me about Mike. He looks pretty dangerous. What’s compelling is could he actually go back in at 53 and do some damage? But should we be encouraging that from an all-time great?

“There’s a fine line and I’ve crossed it a couple of times — between integrity of the sport and entertainment delivering numbers. Our job is to deliver numbers for broadcasters but we have to keep it as close to the right mark as we can.” 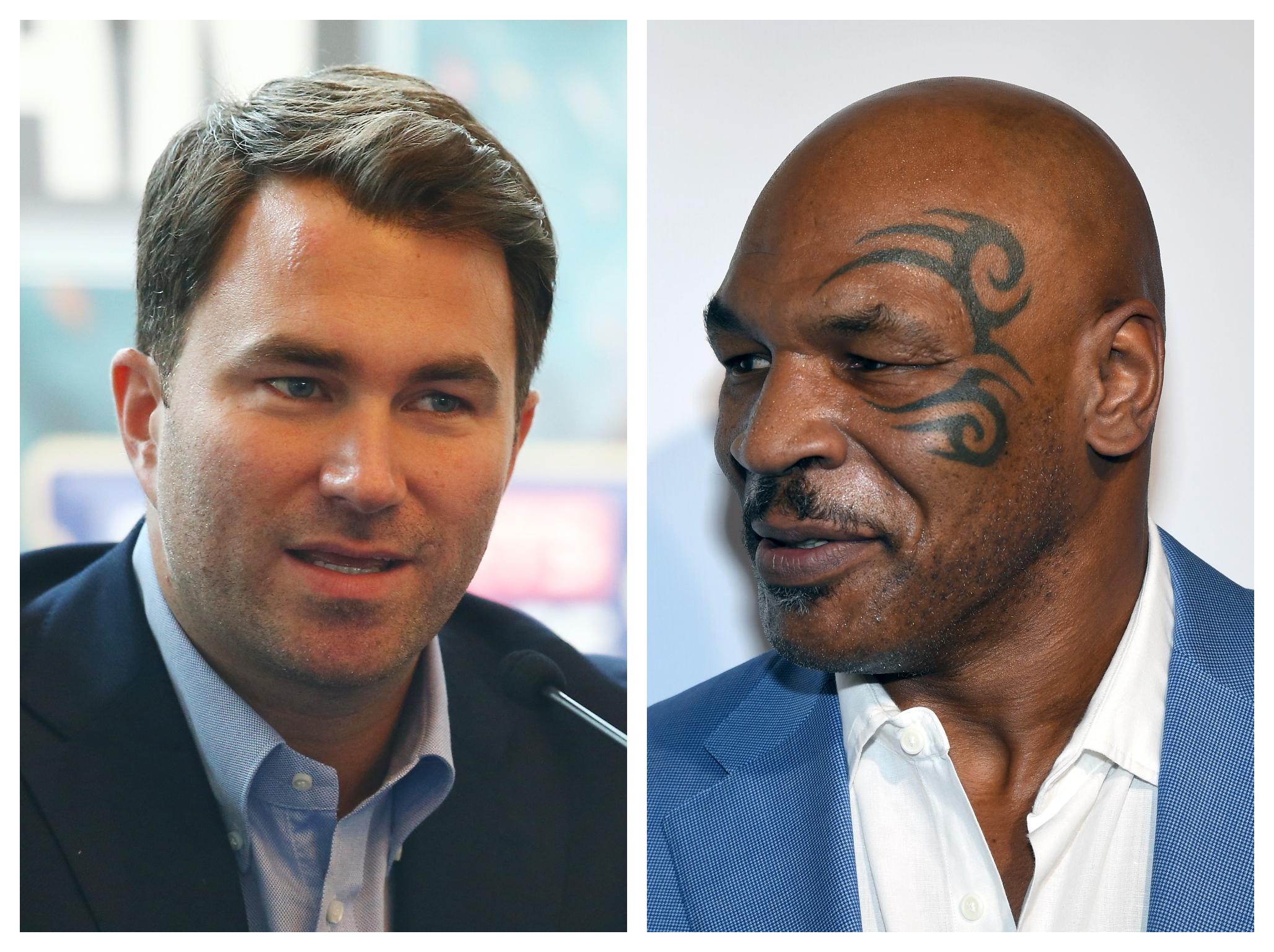 Former heavyweight champion Evander Holyfield has also released a training video on social media, fuelling speculation that he could come out of retirement to face one-time rival Tyson. Reuters