Another Duggar has arrived! Michelle and Jim Bob Duggar gushed over the birth of their son Josh Duggar and wife Anna Duggar’s seventh child.

Meet the Duggars! Get to Know Jim Bob and Michelle Duggar and Their 19 Kids

“We are always delighted to welcome another grandchild,” the couple told Us Weekly in a statement on Tuesday, November 16. “They are each a beautiful treasure from the Lord.”

Michelle, 55, and Jim Bob, 56, welcomed their 22nd grandchild, a baby girl named Madyson Lily, last month, but it wasn’t until Tuesday that Josh, 33, and Anna, also 33, announced her arrival. 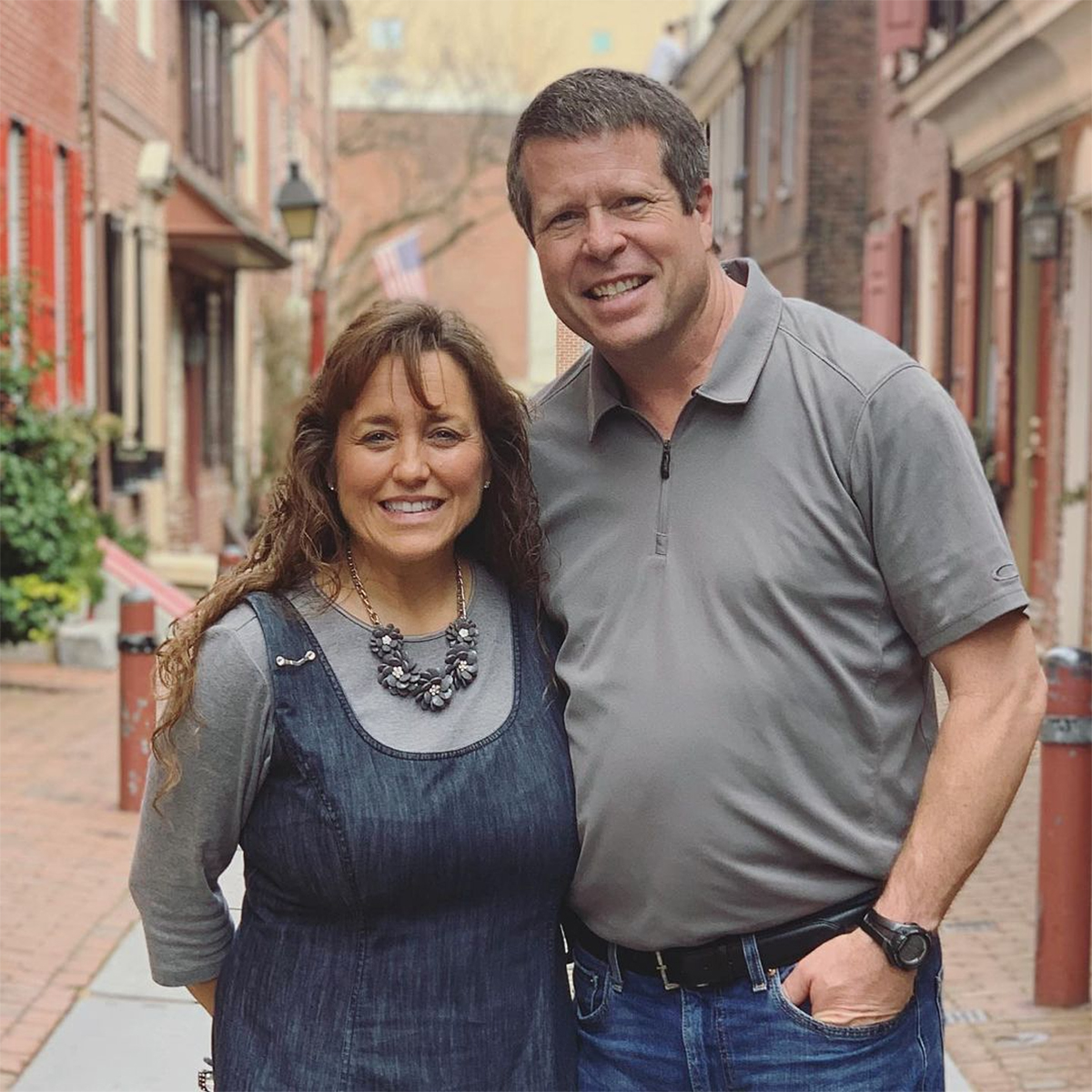 Anna shared a photo of the newborn sleeping via her Instagram on Tuesday. She noted via her Instagram Story that the little one was born on October 23 at 2:39 a.m. and weighed 7 lbs. 9 ounces and was 20 inches long.

The baby’s arrival came amid Josh’s ongoing child pornography case. Josh, who is the eldest child of Michelle and Jim Bob, was arrested in April, just weeks after he and Anna announced they were expecting baby No. 7.

“It’s a GIRL!!!!!” Anna wrote via Instagram at the time. “We are overjoyed to announce baby seven is on the way and we can’t wait to hold her in our arms this fall!”

Later that month, Josh was taken into custody at the Washington County jail in Arkansas and charged with receiving and possessing child pornography. He entered a not guilty plea and was set to begin his trial in July.

The 19 Kids and Counting alum filed a motion in June to extend the trial date to 2022, but a judge only granted a four-month extension. The trial is now set for November. 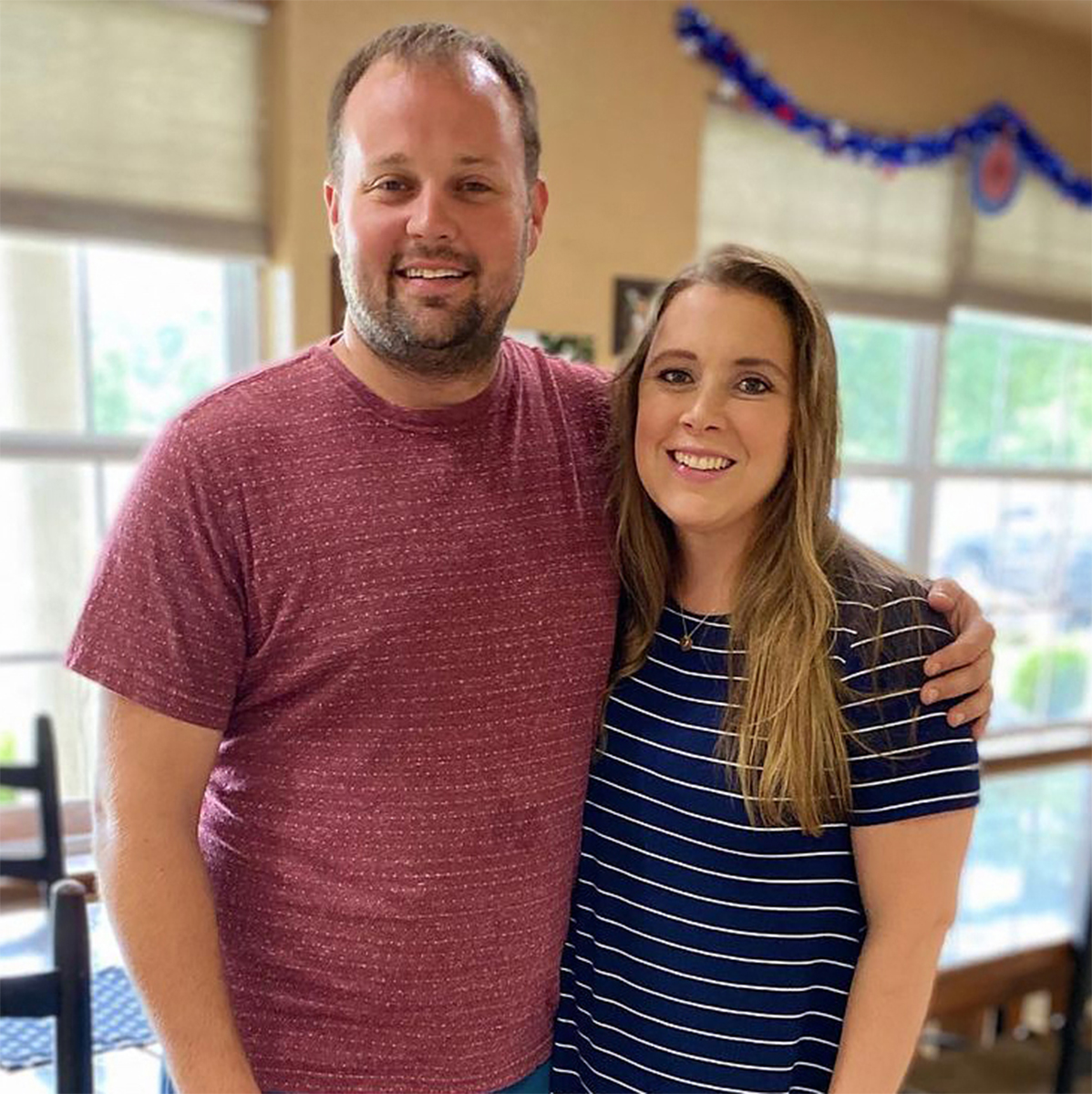 TLC canceled the Duggar family’s spinoff series, Counting On, amid the controversy, announcing the news in June.

While many of his siblings starred on Counting On, Josh and Anna left the network in 2015 after multiple girls came forward and accused him of molesting them when he was 14.

“Twelve years ago, as a young teenager, I acted inexcusably for which I am extremely sorry and deeply regret. I hurt others, including my family and close friends,” Josh said in a statement via Facebook at the time. “We spoke with the authorities where I confessed my wrongdoing, and my parents arranged for me and those affected by my actions to receive counseling. I understood that if I continued down this wrong road that I would end up ruining my life.”

Josh was later involved in a cheating scandal, apologizing for being “the biggest hypocrite ever” before completing a six-month stint in rehab in March 2016.

Amid his ongoing child pornography case, Anna has stood by Josh’s side appearing at his September hearing where a judge denied four of Josh’s five motions in the case. The former TLC personality filed a motion to suppress the photographs taken of his hands and feet at the time of his arrest and a motion to dismiss the case completely, both of which were denied.

Two other motions — one to suppress the statements Josh allegedly made to federal agents during the investigation and another one to dismiss the indictment because of who was in charge of Homeland Security at the time — were also denied by a judge at the time. But the fifth motion, which is tied to suppressing evidence, wasn’t ruled on.