For the first time since their departure from the Royal Family, Prince Harry and Meghan Markle appear together in London to conclude official engagements. FOX Business’ Maria Bartiromo with more.

Meghan Markle’s best friend, Jessica Mulroney, is facing the heat over allegations she threatened a model and influencer after the woman, who is black, asked that public figures use their social media following as a platform for good, according to statements from several companies.

“Her best friend is arguably one of the most famous black women in the world.”

Mulroney, a wedding guru and TV correspondent, will no longer be working with ABC’s “Good Morning America,” the network announced Friday afternoon, and as a fashion and bridal specialist for brands Hudson’s Bay and Kleinfeld Canada, the companies said. The Daily Mail was first to report her departure from ABC.

And the CTV Show that she hosted, “I DO REDO,” has been pulled from all Bell Media platforms, according to the station.

“Because recent conduct by one of our shows hosts, Jessica Mulroney conflicts with our commitment to diversity and equality, CTV has removed ‘I DO REDO,’” states a post on one of CTV’s Twitter accounts.

The company did not, however, say they had ended their working relationship with Mulroney, and did not specify that she was terminated.

WHO IS JESSICA MULRONEY?

“Over the past week Hudson’s Bay has committed to do better. We are taking stock of how we do business, including who we work with, to ensure we are contributing to the chance the world needs now,” that statement reads. “In light of recent events, Jessica Mulroney will no longer represent Hudson’s Bay or Kleinfeld Canada.”

And women’s daytime show “Cityline” also announced it had dropped her as a guest expert.

Mulroney became prominent in the U.S. following Markle's royal wedding to Prince Harry. The Mulroney family is considered somewhat Canadian royalty in its own right. Her father-in-law, Brian Mulroney, was prime minister of Canada from 1984 to 1993.

She responded to the news in her own statement posted to her Instagram story by announcing that she had “decided to step away” from her work engagements.

“The events that have transpired over the last few days have made it clear that I have work to do,” she wrote, in part. “I’m going to take this time to reflect, learn and focus on my family.”

The controversy arose earlier on Thursday when athlete-turned-influencer and businesswoman Sasha Exeter, who is black, accused Mulroney of threatening her.

Exeter explained in a nearly 12-minute video posted to Instagram that she had been vocal about wanting her peers and those with a social media presence “to speak up, stand up, and use their voice for good to help combat what’s going on with this race war and what’s happening to the black community.”

She said she “never” called anyone out directly, but Mulroney “took offense to a very generic call to action” that she posted on her account.

“What happened next was a series of very problematic behavior and antics that ultimately resulted in her sending me a threat in writing last Wednesday, June 3,” Exeter continued, later adding: “Jessica never wanted to stand up and use her voice in the first place and didn’t understand why she needed to. This I found quite strange, seeing that she is very vocal about supporting many causes … also her best friend is arguably one of the most famous black women in the world.” 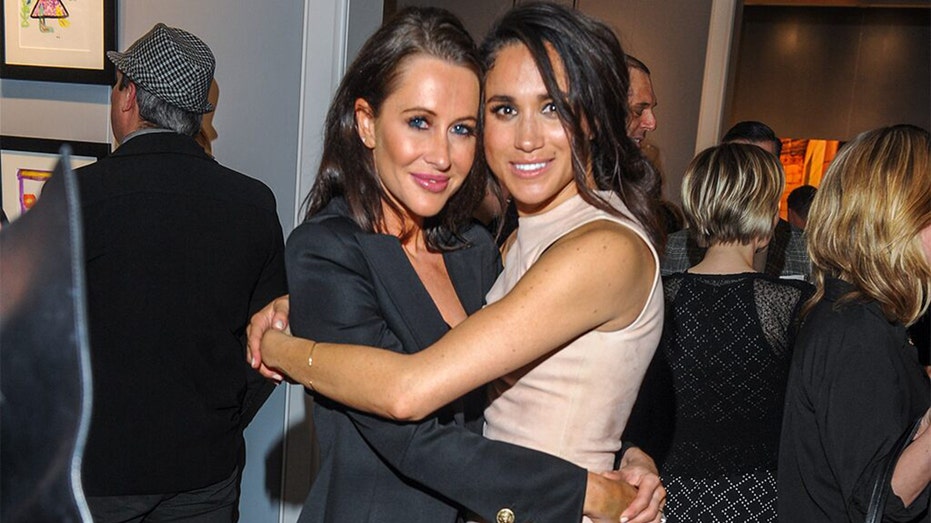 Exeter, a brand spokesperson for Joe Fresh, among others, said Mulroney then blocked her on Instagram but also allegedly sent what Exeter called “a trail of offensive messages.”

The series of messages “ended in her saying, ‘I have also spoken to companies and people about the way you’ve treated me unfairly. You think your voice matters, well it only matters if you express it with kindness and without shaming people who are simply trying to learn. Good luck,’” Exeter recalled.

As of Friday morning, the post had garnered more than 440,200 views.

But even then, despite Exeter’s later claim that Mulroney had tried to clear the air, only minutes later she allegedly sent Exeter a direct message, in which she threatened Exeter with a libel lawsuit, Exeter shared in a subsequent Instagram story. Mulroney later clarified that she is not taking legal action.

On Thursday afternoon – prior to the news about her professional changes – Mulroney posted a different statement.

“As some of you may have seen, @sashaexeter and I had a disagreement. She rightfully called me out for not doing enough when it came to engaging in the important and difficult conversation around race and injustice in our society,” she wrote. “I took it personally and that was wrong. I know I need to do better.”