BEN NUTTALL may have had the disappointment of being released from Birmingham City but he still has the world at his feet… quite literally.

The football freestyle three-time Guinness World Record holder did not let failing to make it at his boyhood club break him. 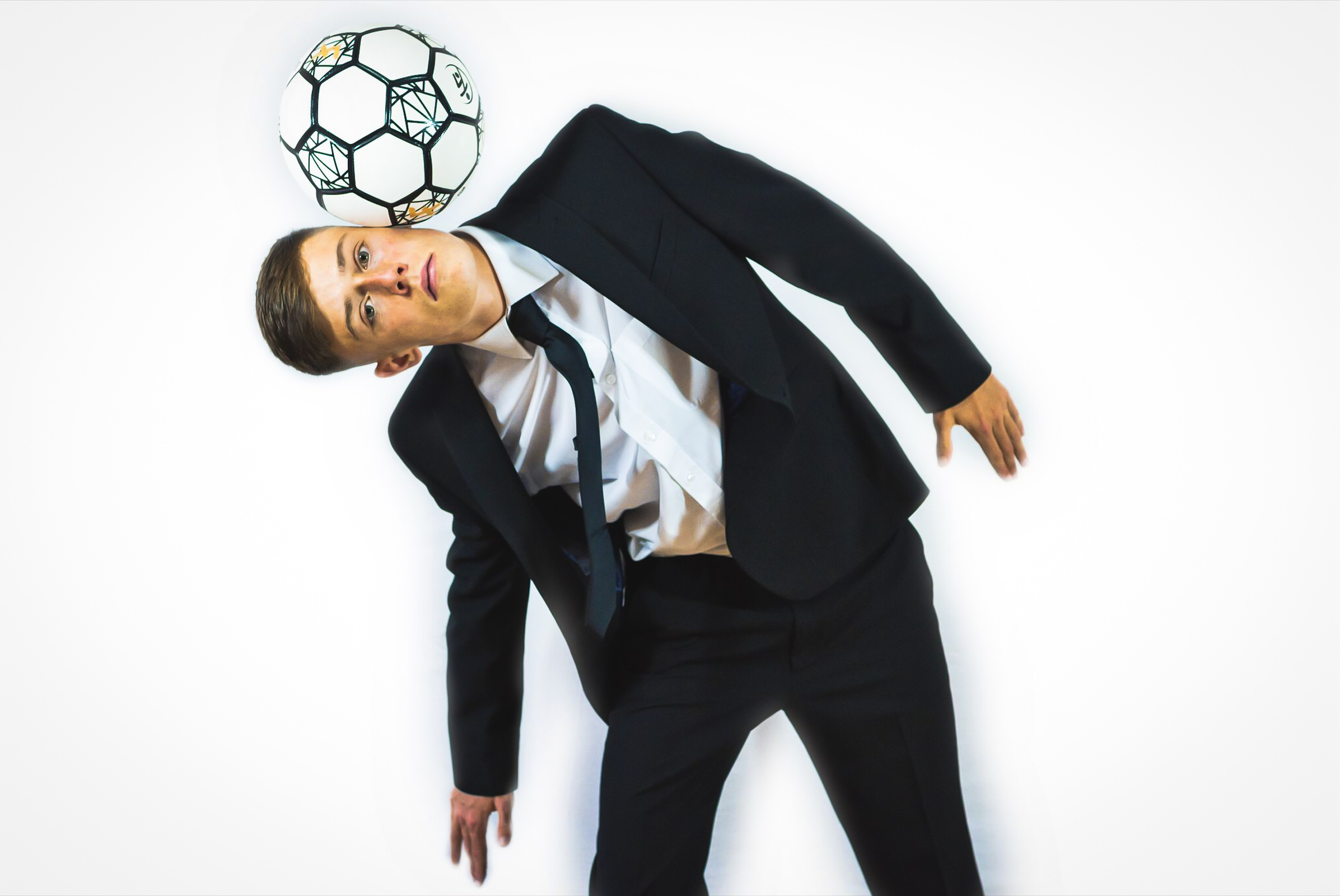 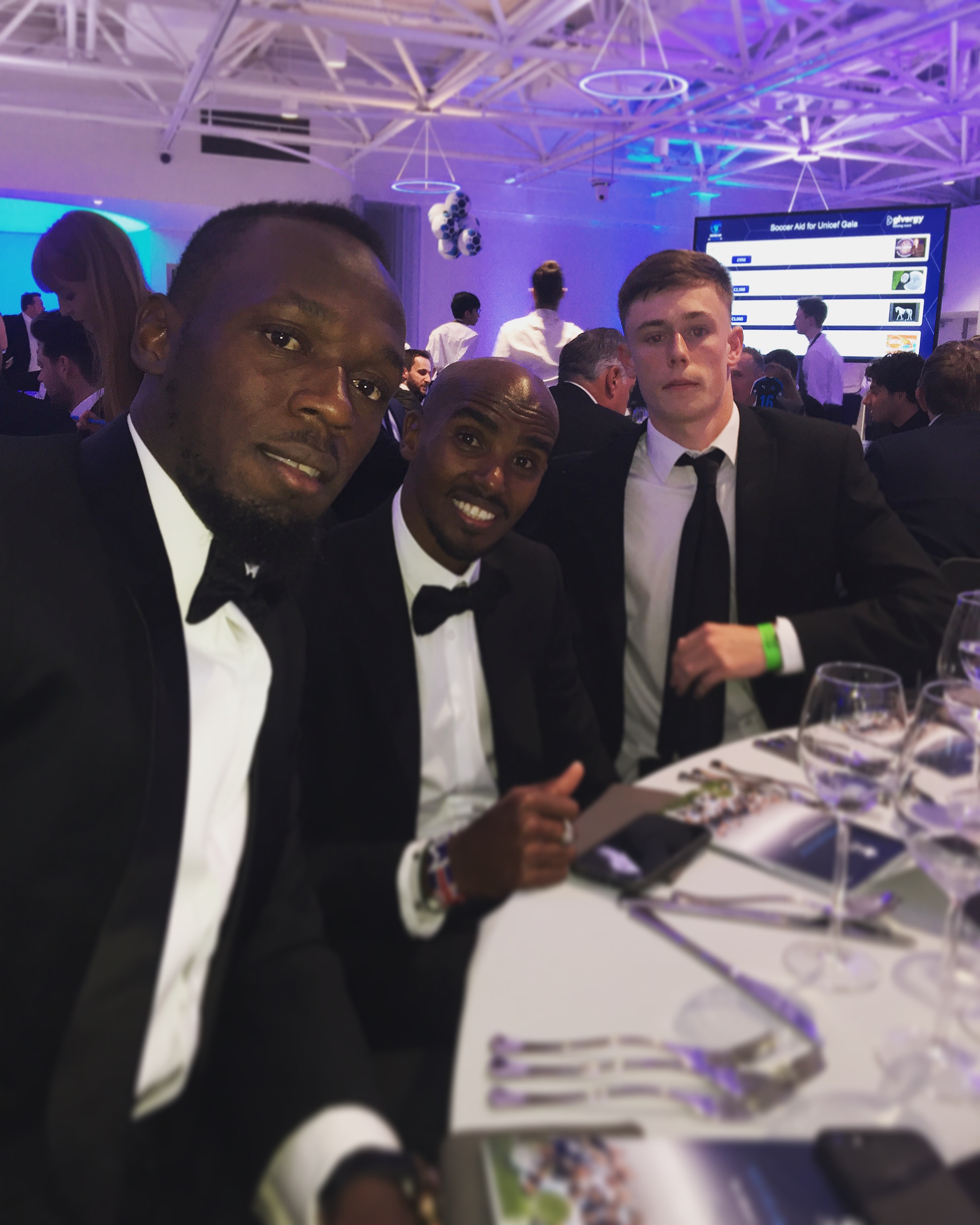 Instead Ben has gone onto perform with Sergio Aguero, taken a compliment from Sir Alex Ferguson and picked up memorabilia from Usain Bolt and Mo Farah.

Speaking to SunSport the 19-year-old said: "I got into the Birmingham academy when I was 12 and was there for a year until they released me.

"I had a few problems with injuries but the main reason was because I was too lightweight.

"They said if I worked on my strength they could take me back in the future."

But Ben would never play an academy match again after becoming hooked on performing tricks in his back garden.

He added: "I was working on my skills with the aim of getting better and improving but the more I did the more addicted I got.

"I was spending every spare second learning tricks I picked up on YouTube. Sometimes I was spending up to seven hours a day practising in the garden. 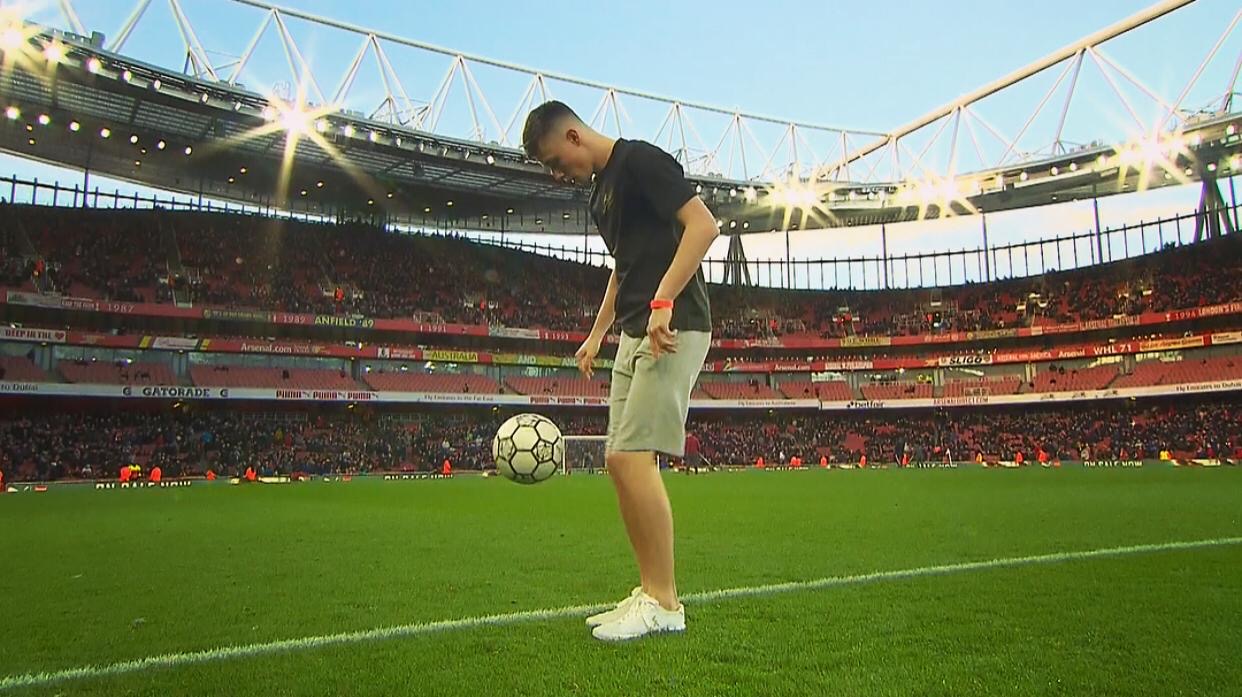 "This was at the time social media was on the rise and I started uploading them on the internet.

"The traction started snowballing and then Adidas got in contact to do some work with them.

"Then Manchester United wanted me to perform at one of their matches. I never went out looking, I was doing it for a hobby but things started happening."

Countless hours of lonely practice were later rewarded when he was invited to perform at the Emirates at half-time in Arsenal's clash against Manchester United in front of 60,000 people.

"It was mental how many hours I had spent on my own then I had all these eyes on me. That was when I was complimented by Fergie.

"I think that was my most memorable moment… and my three world records."

I got so focused on freestyle it put me on the straight and narrow. 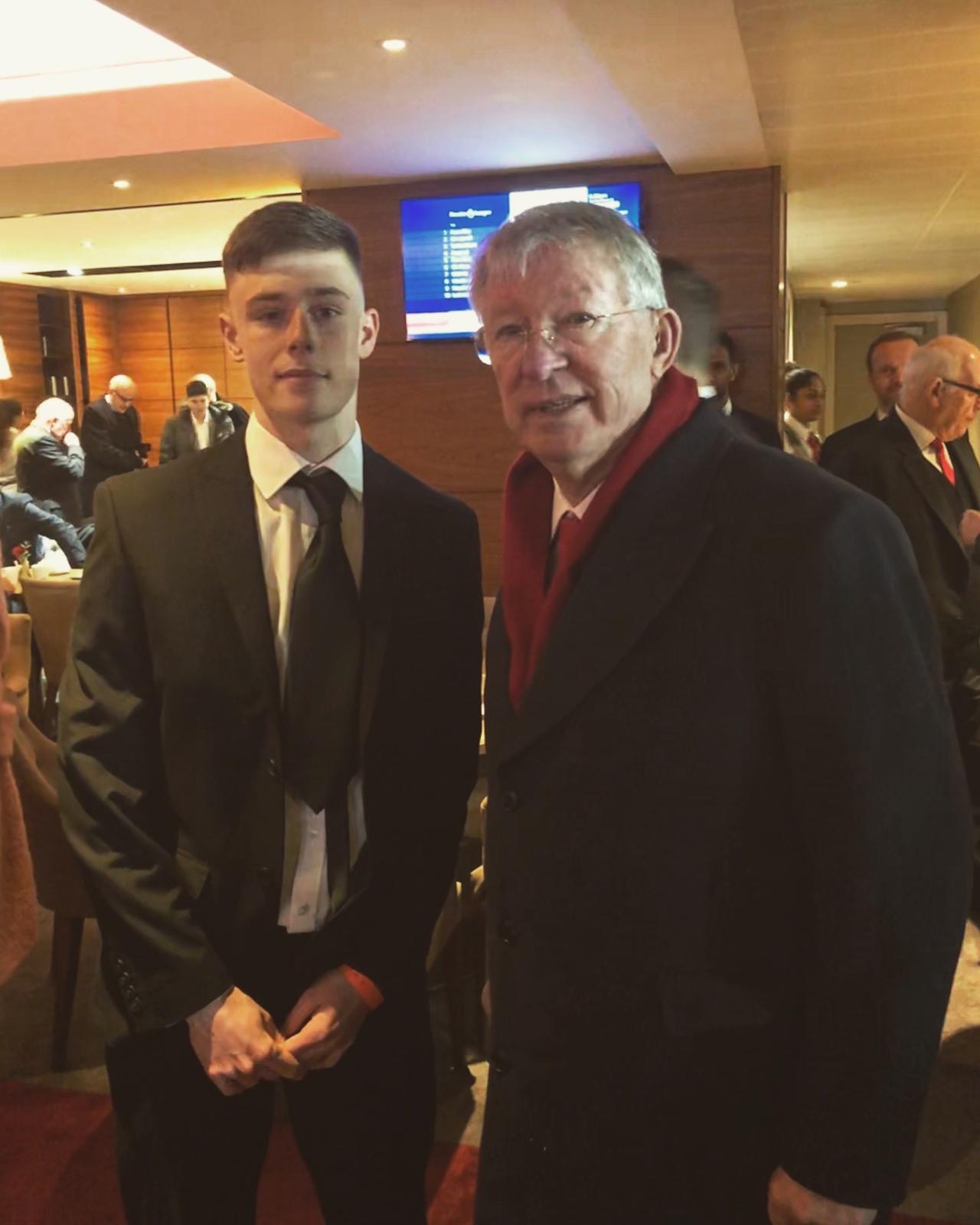 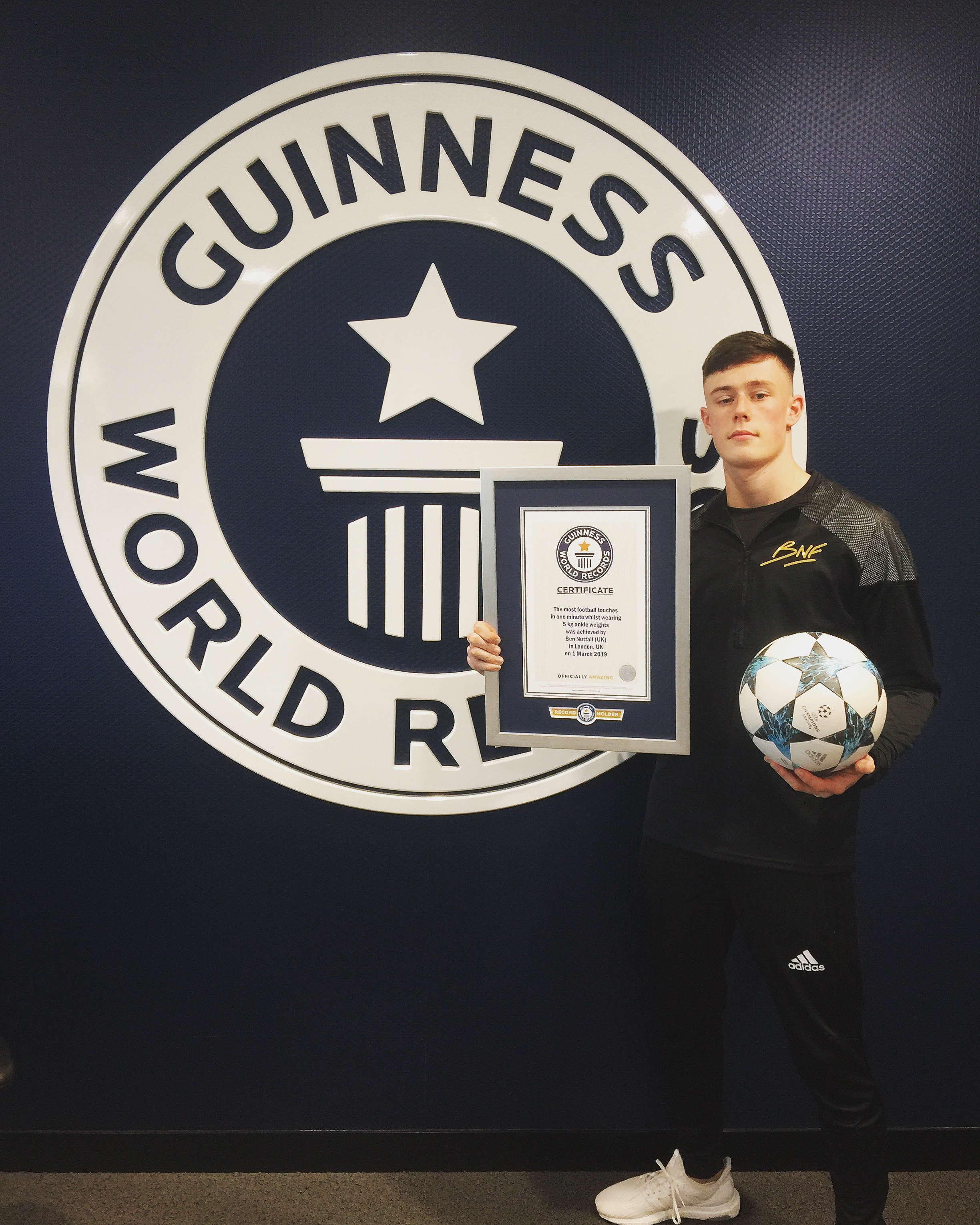 The teenager admitted his life could have panned out differently if he hadn't discovered the freestyle community.

Ben has a hatful of memorable experiences that he will carry with him for the rest of his life – but now he wants to give back.

Having played with a number of ex-footballers who ended up in Young Offenders Institutions, Ben now uses his time and skills meeting others who haven't been so fortunate in life. 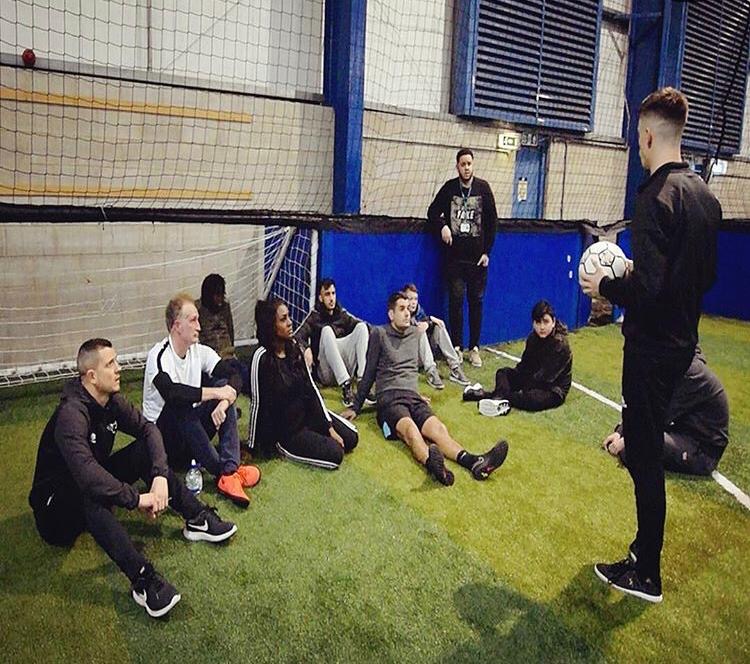 He added: "Before I started doing freestyle, when I look back now I don't think my heart was really into playing football.

"I was being an idiot getting kicked out of school. I got so focused on freestyle it put me on the straight and narrow.

"Some people I used to play football with ended up getting put on the young offenders systems in Birmingham and I was thinking how lucky I was to stumble on something I loved which gave me some focus.

"I had an idea of going back into the systems to help.

"The first one I did was last year in the Midlands. I went in for an hour showed them some tricks and wanted to give them a message that it doesn't really matter what it is – if you find a passion and a hobby in life it can help you cause it helped me.

"It went down really well. Now I want to set up my own foundation, scheme and help young offenders in life." 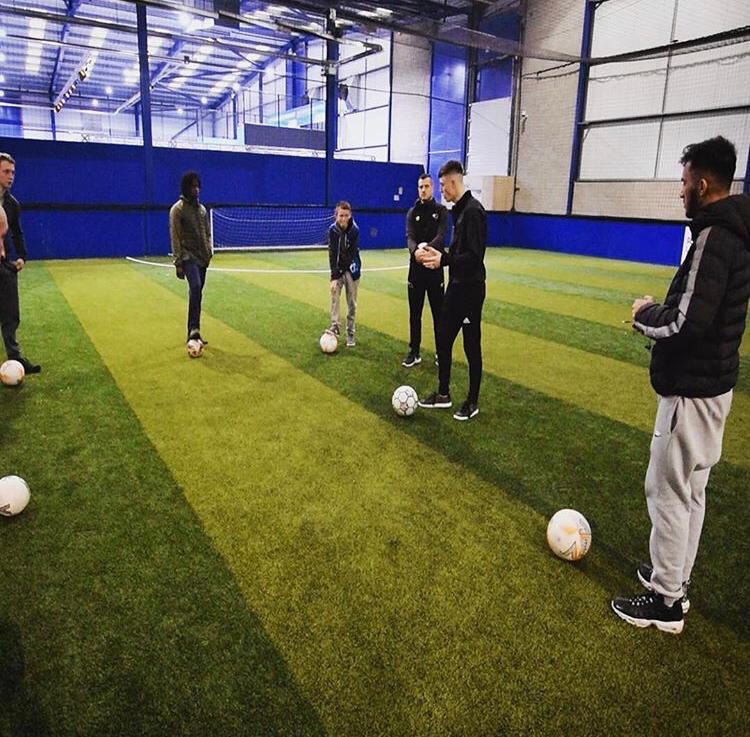 With the coronavirus pandemic keeping millions in lockdown and putting a brief halt to his plans, Ben has found a new way to inspire others.

He has set up his own TikTok account and has been uploading new tricks every day for his audience to learn and pass the time.

Ben's outside-the-box thinking has ensured over 60,000 people have been tuning in to see his freestyle masterclasses.