When it comes to the best trash talk video, there can be only one weiner.

Marvel star Pom Klementieff, who plays Mantis in the “Avengers” films, isn’t messing around in a new video trash-talking the God of Thunder himself, Chris Hemsworth. In the video, released ahead of the pair’s charity fantasy football matchup, Klementieff even pokes fun at fellow Marvel star Chris Evans’ accidentally posted penis pic in the name of victory.

The actor’s video parodies “Laisse Tomber Les Filles” with a French song co-written by her “Mission: Impossible 7″ co-star Simon Pegg. But, unlike her Marvel Cinematic Universe character, Klementieff has no empathy.

In the video, she says Hemsworth’s hammer is “teeny tiny,” his team is a “troupe of phallus tips” and adds that he’ll “shrivel up” and be embarrassed “like when Captain America accidentally posted an intimate photograph of his genitals.” 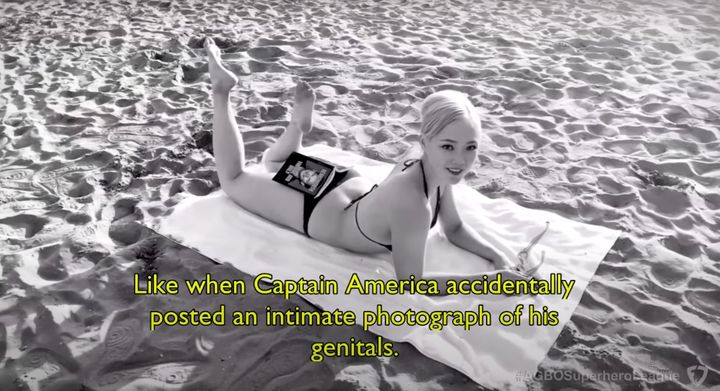 As if that’s not enough, she trash talks other superhero stars too, including Tom Holland and Anthony Mackie. In the end, Klementieff concludes her team is simply better than Hemsworth’s and adds a surprise cameo from her “Mission: Impossible” castmates: Pegg, Rebecca Ferguson and Mr. Mission Impossible himself, Tom Cruise. 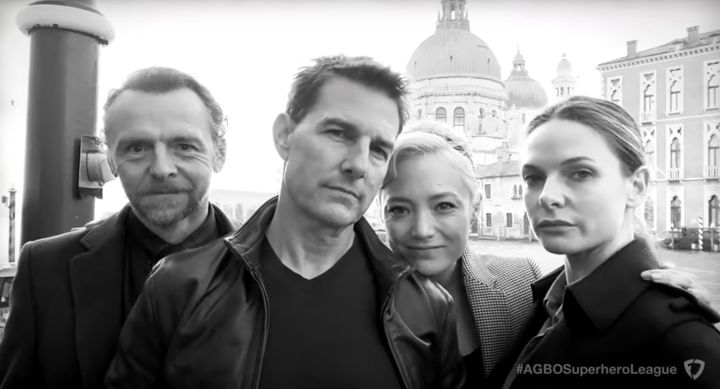 The video was done in the name of the AGBO Superhero League, a fantasy football league (headed by “Avengers: Endgame” director Joe Russo and sponsored by FanDuel) that gathers some of your favorite superhero actors together to play for charity. Participants, including Ryan Reynolds and Paul Rudd, regularly post trash talk videos, which you can see in their highlight video from the year.

However, Klementieff’s trash talk is clearly the “Endgame.”

The Marvel Cinematic Universe actor is backing up all that talk, too. As of press time, Hemsworth, who won the league last year, has seen his team self-destruct faster than a secret message in “Mission: Impossible,” getting completely demolished by Klementieff’s.

Thanos, if you’re wondering how to destroy the Avengers … uh, this is it.

Your mission, should you choose to accept it, is to watch the video below: