MANCHESTER UNITED had by far the biggest wage bill in the Premier League last season – paying more than double the division's average.

The Old Trafford side paid out a staggering £352million on salaries – both players and other staff – during the course of the 2018/19 campaign. 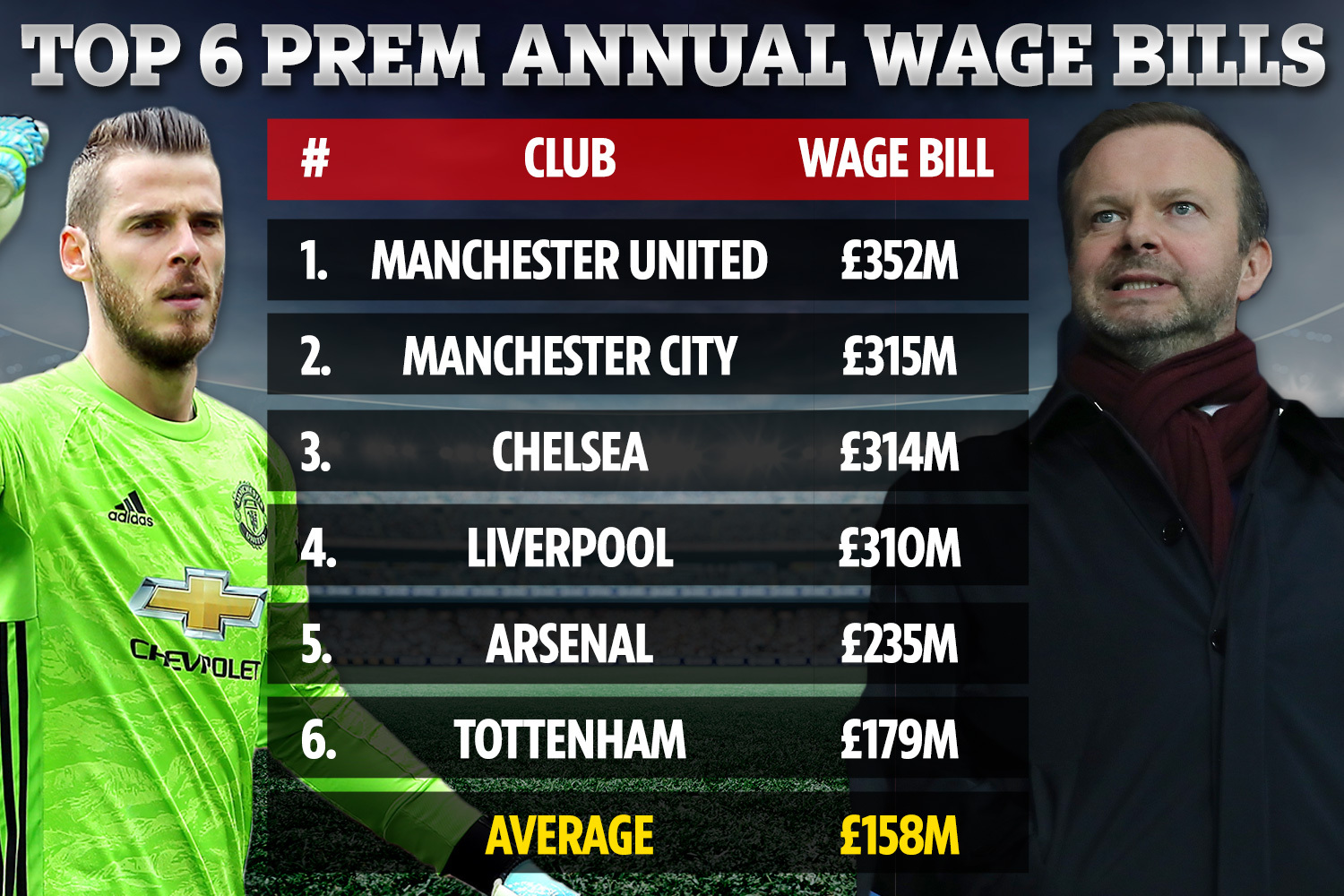 That equated to a wages-to-revenue ratio of 56 per cent, as the club took in a total of £627m across the year.

And despite Sanchez heading to Inter Milan on loan this season, who paid a large chunk of his wages, the annual bill is surely set to go up once again.

David De Gea penned a new contract worth £375,000 per week in September while Marcus Rashford boosted his pay packet to a tidy £200,000 per week.

The summer arrival of Harry Maguire followed by Bruno Fernandes and Odion Ighalo in January – all on at least £100,000 – will also bump up the payments.

Ex-Leicester man Maguire is thought to be earning around £189,000 per week while the loan agreement with Shanghai Shenhua means United pay around £125,000 of Ighalo's wages.