Lung cancer is one of the most serious types of cancer to be diagnosed, as it’s usually difficult to spot until it has spread to other parts of the body. You could be at risk of the condition if you develop a new cough that won’t go away.

Lung cancer is one of the most common cancers to be diagnosed in the UK, warned the NHS.

Around 45,000 people are diagnosed with lung cancer in the UK every year.

Signs of the disease only tend to reveal themselves once the cancer has spread through the lungs.

One of the most common warning signs of lung cancer is developing a new cough. 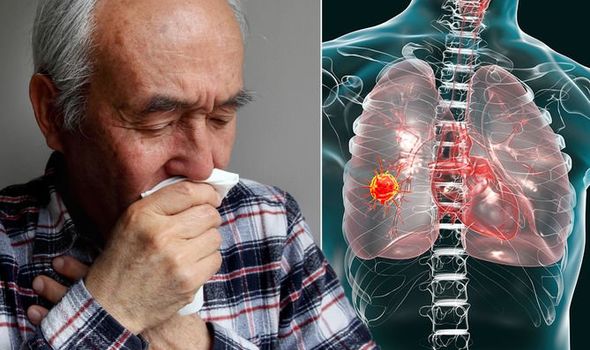 A persistent cough should never be ignored, as it could be a sign of a number of conditions, warned medical website Medical News Today.

The cough can be either wet or dry, and it often keeps patients awake at night.

A lung cancer cough is also likely to be accompanied by rust-coloured mucus or phlegm.

It could also be joined by shortness of breath, or a sharp pain in the chest, it added.

While there are many reasons for developing a cough – and it doesn’t necessarily mean you have lung cancer – you should still consider getting it checked.

Most coughs will disappear by themselves within a few days or weeks.

But, if your cough continues for longer than two weeks, it’s important to speak to a doctor.

The doctor will ask about your family and medical history, as well as any other symptoms you have, to decide whether you should see a specialist. 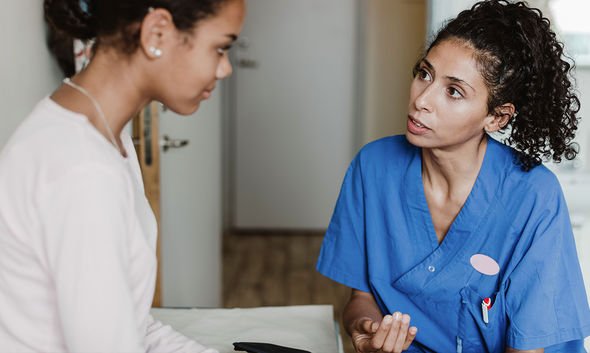 Blood in your phlegm, which is a mix of saliva and mucus, could come from anywhere along your respiratory tract.

There are a number of causes for blood-tinged phlegm, including bronchitis, nosebleeds, and other chest infections.

It could even be caused by pneumonia, cystic fibrosis, or tuberculosis.

The outlook for lung cancer isn’t as good as other types of cancer, as the symptoms are usually only spotted in its later stages.

Lung cancer symptoms include having a cough that won’t go away, having a hoarse throat, or feeling short of breath.

About one in three patients live for at least a year after their diagnosis, while one in 20 live for another 10 years.

You should speak to a doctor if you’re worried about the signs or symptoms of lung cancer.